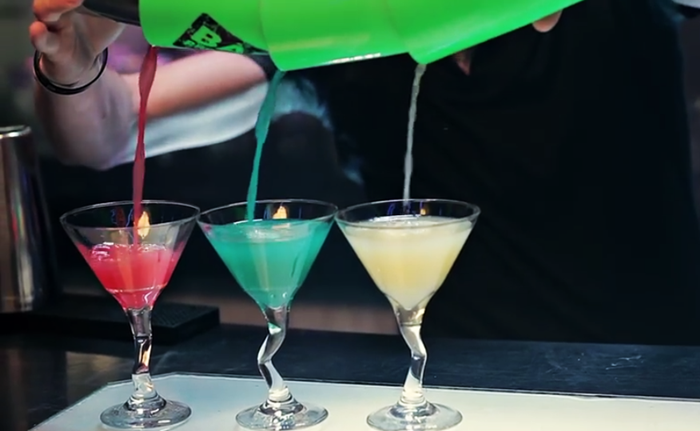 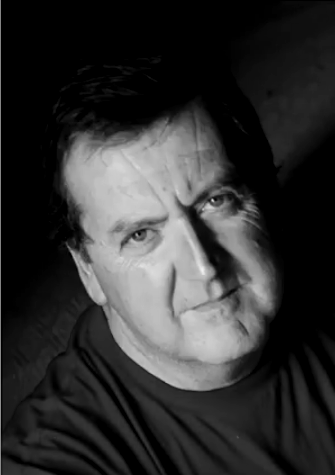 2017 has been a very up and down year, literally. It started on our farm at the top of New Zealand’s South Island with my wife, Kath, being knocked off a ladder by a rogue falling tree and being choppered out to Nelson Hospital over the hills and far away. Result, a multitude of fractures in foot and leg and the first four months of 2017 in recuperation with our son and his family in Adelaide. Of course the other downer was a certain narcissist seizing power in the USA and assuming control of the nuclear trigger. But he’s already getting too much attention so let’s focus on the positives.

One upside of the Adelaide sojourn was the opportunity to attend Adelaide Writers Week and see the fabulous and erudite Graeme Macrae Burnett (author of His Bloody Project) sharing a stage with the equally fantastic Hannah Kent (The Good People) – two of my favourite reads during the last year – discussing the joys and pitfalls of researching a historical novel and bringing a certain place and a certain time vividly to life. Another great read during 2017 was Jock Serong’s novel On the Java Ridge which passionately and angrily illustrates the dark heart of Australia’s treatment of asylum-seekers. 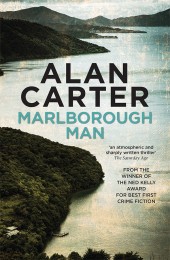 About a month after returning to NZ from the Adelaide recuperation home it was back on the road again to promote the release of my latest novel Marlborough Man in Australia and New Zealand. This was a bit of a gamble for me, a departure from the ‘Cato Kwong’ series set in Western Australia to a standalone set in NZ – how would Cato fans react? How would NZ react to me stepping into their territory? Well, so far so good, and maybe Marlborough Man will return for further adventures.

There’s been some good crime series and films this year which may have been out for a long while but it’s taken me until now to find them. I’ve particularly enjoyed binge-watching Happy Valley a UK police procedural with plenty of heart and grit set in Yorkshire. Likewise Line of Duty, another UK crime series, has become something of an addiction. And Deutschland 83 – another jewel introduced to me via Air New Zealand in-flight entertainment (no wonder they keep winning airline of the year awards). My two favourite films this year were Human Traces a creepy thriller set on one of NZ’s sub-Antarctic islands and The Killing of a Sacred Deer which was plain bonkers.

Finally a shout out to an old classic crime book re-discovered during my PhD research – Charlotte Jay’s 1952 PNG-set Beat not the Bones – again, at times it seems plain bonkers but at others it’s an incisive take-down of colonialism and racism. Check it out if you get the chance.

Happy 2018 and let’s hope that guy in charge of the doomsday button doesn’t chuck the mother of all tantrums and blow us all to kingdom come. On that score, ten kilometres up a dead-end valley in remote NZ feels like the right place to hang out.

Alan Carter with CrimeMag here and here. He is published in Germany at Nautilus, Hamburg. 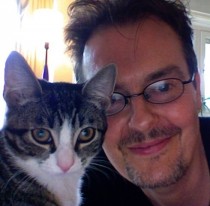 I would like to tell you about one of my favourite writers of all time.

He’s scandalously close to being forgotten now, but in his heyday John Dann MacDonald (1916-1986) sold tens of millions of books and was omnipresent on the paperback racks.

Sometimes he combined these genres (The Girl, the Gold Watch and Everything is science fiction-humour, and it’s smashing). He even wrote a charming book about his cats (The House Guests).

But crime was his main thing. And he was impressively prolific. One book about MacDonald and his writing has the highly appropriate title The Red Hot Typewriter. Written by Hugh Merrill, it’s a readable and useful introduction to MacDonald. But a more solid and reliable book is simply called John D. MacDonald and it’s by David Geherin. 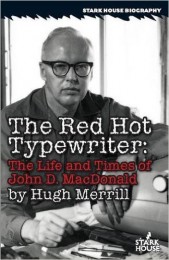 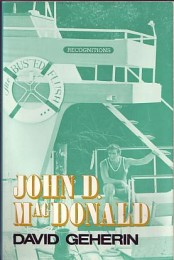 However, the most painless introduction to this fine writer is the excellent BBC Radio 4 program 21 Shades of Noir which you can find at the BBC website. Available indefinitely online, it’s hosted by Lee Child, another big fan of MacDonald and himself a colossally successful crime writer — he’s the creator of the Jack Reacher series. Child is to be applauded for his support and enthusiasm. Largely thanks to his efforts, MacDonald’s reputation is being recovered from obscurity.

Unfortunately, this has also led to MacDonald’s Travis McGee novels being repackaged to look like Jack Reacher adventures. I think this is a shame, since the appeal of the two series are very different.

Travis McGee is MacDonald’s immortal hero, created in 1963, after decades of resisting his publisher’s pleas for a series character. McGee ushered in the third great phase of John D. MacDonald’s career, which began as a short-story-writing machine for the pulp magazines  in the 1940s and then segued into a star novelist of the paperback originals in the 1950s.

Incidentally, now might be a good time to mention why that middle ‘D’ in MacDonald’s name is so important…

You see, there is another famous American crime novelist called Ross MacDonald, who wrote the famous Lew Archer private eye novels. That MacDonald’s real name is Kenneth Millar. When he was looking for a pseudonym he actually chose “John MacDonald”…

There was a major problem with this pen name. You’ve guessed it… There already was our hero, John MacDonald, also writing crime fiction. And under his real name.

So, once this fiasco was discovered, after the publication of Lew Archer’s first adventure, both authors had to take evasive action, like ships avoiding a collision. 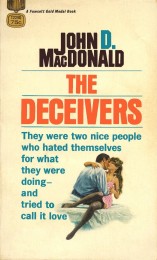 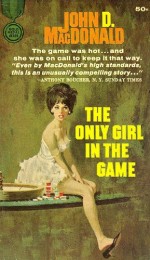 What’s in a name? Well, for a writer establishing his reputation, just about everything.

Of these three, MacDonald is closest to Cain in that his plots often involved ordinary people who are swept to destruction by currents of greed or lust. Whereas Hammett and Chandler tended to write about the professionals who came along afterwards and picked up the pieces.

In terms of his prose style, MacDonald doesn’t really resemble any of these three. And in fact, by the time he hits his stride in the 1950s he was better than any of them in his sheer ability to use language. MacDonald’s prose was a shrewd blend of brilliant description, acute observation, cynical humour and what he called “unobtrusive poetry”.

The quality of his writing was unprecedented in the crime field, and pretty much in American literature at large. (Though if he had no clear predecessors, he had a least one very distinguished successor — in his Hannibal Lecter novels, Thomas Harris shows the emphatic and beneficial influence of MacDonald.)

If MacDonald had a flaw it was in moments of  over-sentimentality — something which Hammett, Chandler and Cain were very unlikely to succumb to. MacDonald also tended to over-write when devising erotic-romantic scenes.

But by the late 1960s even these minor flaws had largely fallen away and left him as the great American storyteller at the top of his game… for another twenty years. 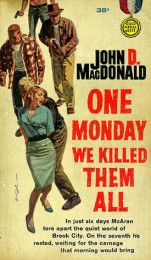 Allow me to tell you, in a little bit of detail, about just one novel by John D. MacDonald, to give a flavour of his work.

One Monday We Killed Them All was published in 1961, and it is a favourite of mine. There is an amazing grim sense of foreboding and approaching doom in the book, which derives not least from the brilliant title.

The set-up is simple and powerful. A small town cop has an idyllic marriage save for one small detail — his wife’s half-brother, Dwight McAran, is a psychopathic thug. And he’s just about to be released from prison.

And he’s sworn revenge on the town where our hero lives.

Heightening the tension is the fact that the hero’s wife utterly refuses to believe that there’s anything wrong with McAran. She’s protective of her little brother. So much so that, to the cop’s chagrin, she invites him to stay with them in their family home when he gets out of prison. 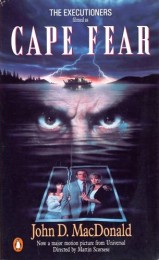 This book is close kin to MacDonald’s The Executioners (filmed twice as Cape Fear) in that is shows an ordinary family on a collision course with a criminal psychopath while the hero is helpless to lawfully do anything to stop it.

Probably the most powerful engine in the story is our frustration at the wife’s stubborn refusal to realise what McAran is, and the grim delight we take in the terrible inevitability of her finally seeing the truth.

Throughout the book MacDonald’s superlative powers of description are in evidence. An impulsive, spoiled young woman is “as random as the March wind.”

The wild hill country, where the books climax takes place, is particularly vividly evoked. In its morning sky, “A hawk drifted, turning his head from side to side, his mind on a breakfast mouse.”

And the cop’s grim assessment of his own situation is entirely accurate: “there’s no way to stop it. It’s like a long hill and no brakes.”

In the end, McAran’s meets his much-deserved end, and his death rattle is described as “a last sound that was like somebody trying not to cough in church.”

This is a beautifully written, utterly compelling, compact thriller. If you would like to sample John D. MacDonald, it is an ideal place to start.

Andrew Cartmel is a British author and journalist, he was also the script editor for „Doctor Who“ from 1987 to 1989. His Vinyl Detective Series will be published in Germany at Suhrkamp from fall 2018 on. Thomas Wörtche is the culprit. – For a lot of beautiful John D. Macdonald covers look here. 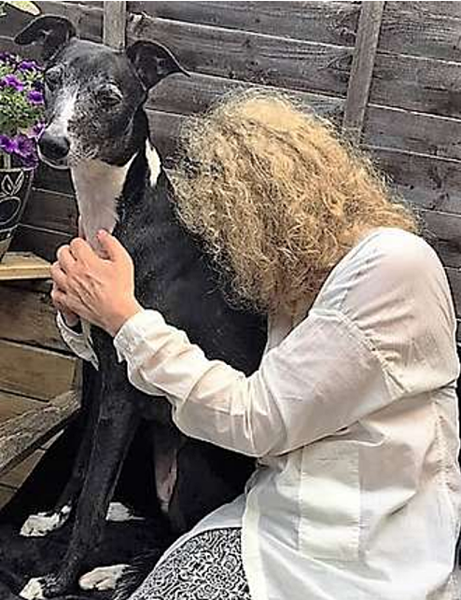 It’s been an oddly backward-looking year. I’ve had to face the consequences of the twin shocks of the UK voting to leave the European Community and the US voting Donald Trump into the White House – both horribly disturbing outcomes. On top of that, one of my musical loves, poet and prophet Leonard Cohen, died.

So I’ve been listening to a lot of Cohen’s work – especially You Want It Darker, and reading some of his poetry and other writing. I’ll always miss him.

But to counter the sadness I’ve been listening to the Stones’ Blue & Lonesome which looks back to the simple, stirring funk of original blues.

On TV I’ve conducted a personal Aaron Sorkin retrospective – everything I could find that he’d written for TV, with special attention to The West Wing because it portrays the White House as humane, rational and literate. Wishful thinking, I know, but better than sucking my thumb, shivering fearfully under the bed and sending more donations to Planned Parenthood.

All the same I’d like to put in a good word for Jane Campion’s weird and messy Top of the Lake: China Girl. Campion has almost too much to say about women’s lives and dilemmas. She doesn’t fit neatly into the TV format. Also I can’t think of anyone else who can make water so expressive – eerie, threatening, lambent and beautiful all at once.

Movies – catching up with what I missed last year – I loved Mara Nair’s Queen of Katwe, and Theodore Melfi’s Hidden Figures. But a new find has been The Florida Project, by Sean Baker (the guy who wrote and directed Tangerine – my new favourite Christmas movie). This is so wonderfully chaotic and beautifully acted – I’d recommend it to anyone. 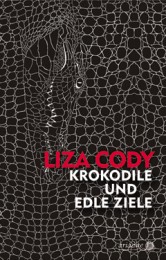 Reading – well, the search for rational thought continued, and I rediscovered Scott Turow. His belief in the law, if used humanely, as a unifying factor in a diverse and aggressively greedy society is comforting. Even Testimony, which looks at the difficulties of the European courts, pays tribute to good intentions. (Although oddly, for Turow, the women and relationships are uncharacteristically crude.)

Yes, all in all, I’ve been looking for hope and comfort in a distressing year, and finding it, sadly, in the past. 2018 has got to be better. 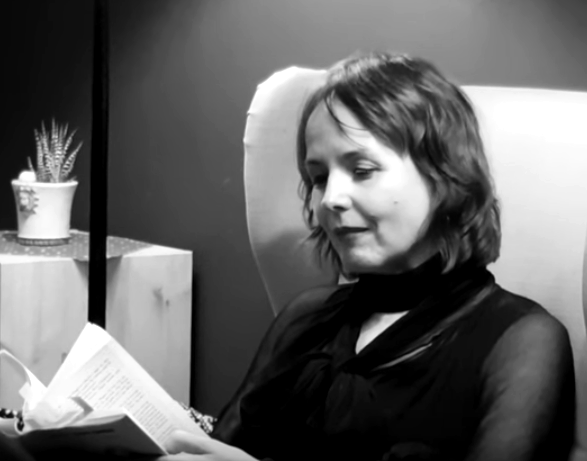 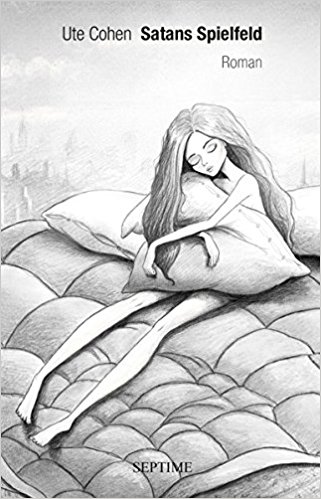 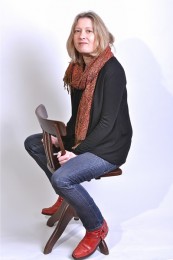