Sandi Baker: A lawless country with a fine legal system 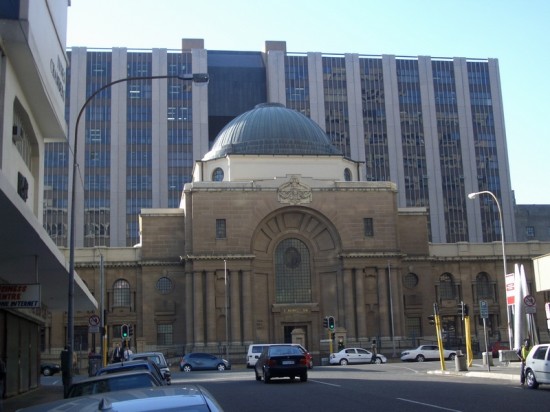 A lawless country with a fine legal system

South Africans are funny this way. They like to be in the limelight and like to be considered world class.  It probably has something to do with having been world pariahs for so long.

Twenty years ago, we sat on a knife-edge: waiting to hold our first democratic elections, watching the events unfold in Rwanda with a sense of disbelief and a funny feeling that maybe that could still happen to us.  A year before, we were witness to the assassination of one of the most popular of the African National Congress leaders, Chris Hani, by members of the white right-wing fringe. Fortunately, we were able to experience the euphoria of successfully holding our first democratic election without the seemingly inevitable bloodshed of ethnic and racial violence, despite some misguided attempts by radicals. We attributed this to Madiba Magic and to our surprise found out that we were a rainbow nation as opposed to one of black, white and coloured. There was even the pot of gold when we won the rugby world cup on 1995. We carefully ignored those rumours of the All-Blacks playing despite being ill with food poisoning and put it down to sour grapes at losing as we bathed in the reflected rainbow-hued light of Madiba magic. We liked being in the limelight, the darlings of the world.

South Africa managed in 2010 with the soccer world cup to put itself back in the limelight and again it was the darling of the world. It even managed to have electricity for the events. Sadly the next time it was positively in the limelight was when Mandela died, South Africa once again  bathed in his afterglow and even managed  a quick attempt at reconciliation. But social and political developments did not let that last too long.  Again, it was out of the limelight. Except for Oscar Pistorius, fallen hero and his court case.

We are in the process of going to court for the murder of sleaze kingpin, Lolly Jackson in 2010, which may or not be related to the Krejcir case. We were in court for Anene Booysen, who was raped, disembowelled and left for dead.  We have the Marikana Farlam Commission looking into the events that unfolded and resulted in the deaths of striking miners who were shot in the back by the police. We have the Seriti arms deal commission which is looking into the arms deal concluded in the nineties (current estimated value of R 46.6 billion or € 3.6 billion) where rich arms companies in Europe paid bribes to secure the deal with the ruling African National Congress.  The Shrien Dewani pre-trial has started. It only took a number of court cases to get him extradited from Britain starts. Dewani is accused of arranging the murder of his wife whilst on honeymoon in South Africa in early 2010. And let’s not forget, the court case for the nine-year old girl who was raped and burnt by her rapist who laughed as he left her for dead in the veldt in the township outside Cape Town. Not sure when that case will be, but at least the man has been arrested. Now we in court again, for the Oscar Pistorius trial.  The following of his trial has surpassed all other events and even to a large extent taken the focus of  Public Proesecutor’s report of Nkandla and calls for President Zuma to step down. 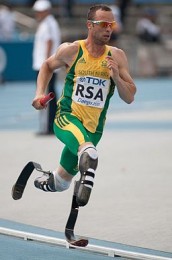 There has even been legal opinion of reporting from the courtroom. Courtesy of the electronic media we are able to have live tweets from the courtroom and view what is happening in the courtroom. What comes out of the court cases has as much to do with the guilt as with showcasing the effectiveness of both the police and the legal system. The jousting of the prosecution and defence teams are compared, in the criminal cases, with the television shows like CSI and Law and Order.  This of course makes it difficult to always remember the pain and suffering of relatives and friends as they are forced to hear the graphic, brutal ways that their loved one was killed. The comparison sets the standard for the police and the legal system unusually high as real life events competes against well-crafted fiction enhanced by special effects and clever editing.  The comments on social media reflect a keen interest in all aspects pertaining to laws of evidence, and show an unusually high level of criminal knowledge peppered with views on how the case is progressing and the relative merits of the defence versus the prosecution.

The Pistorius case is gripping in the extreme not only because it has to do with the rich, famous, beautiful people but because it the crucible of white fear, rampant crime, inherent racism, domestic violence and police ineffectuality. The question of the effectiveness of the police cannot be separated the stigma of corruption and maladministration and is never far from thought and gets added to the mix.  South Africa is exposed, the concept of a shiny rainbow nation tarnished. All that it can offer in mitigation as it attempts to redeem some of its former glory is a continued faith in the judicial system where hopefully the wheels of justice continue to grind, albeit they do so ever so slowly (unless of course, you are rich and famous).

The question that the South Africans are now asking themselves is whether its judicial system is world class.  Hopes are riding that the outcome of the Oscar Pistorius trial will go a long way in answering that question and with it, restore some sense of pride as we go to vote 20 years after our first democratic election.