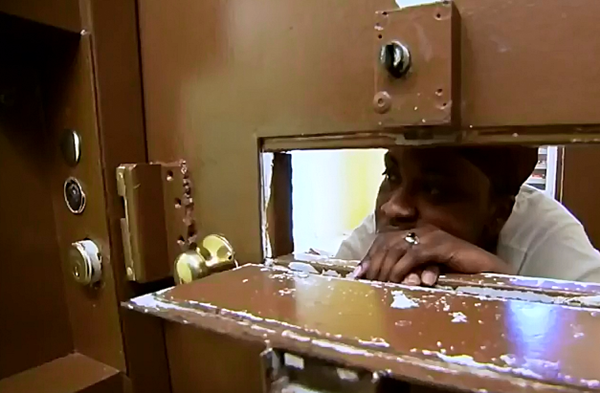 Exclusive for CrimeMag, Lisa Sandlin provided us with an X-mas present of sorts: an excerpt from the sequel to “Ein Job für Delpha” (The Do-Right). Here it is – with greetings to Delpha’s German readers.

During the time Delpha had worked the prison’s infirmary, anybody sick enough to need a surgeon got carried out to a hospital. A new girl on kitchen duty drenched herself with a 16 oz. bottle of vanilla extract and fed her sleeve to a gas burner. No infirmary for her, took her straight from the kitchen floor. Infirmary dealt with less terrible injuries: sprained ankles, black eyes, strep throats, lacerations, bites, infections, flu. Also hopeless cancers. If a hospital could do nothing for you, no reason to charge the state. You passed in the infirmary.

An inmate named Fayann Mackie had developed breast cancer sometime in 1962, had had her breasts cut off in a hospital and been brought back to Gatesville Women’s Prison aching and scar-chested, with a couple falsies in her bag. Her mama had passed from cancer and her Nana and already two of her four aunties, and she harbored no pretty dream that old Raw Bloody Bones would skip her. Delpha nursed Fayann during her recuperation. She got better but could not go back to hauling around wet sheets, not with missing chest muscles. They sent her to the library, where she sat titless and sullen, until she pulled down a handbook of anatomy from 1930 and began to leaf through its pictures. 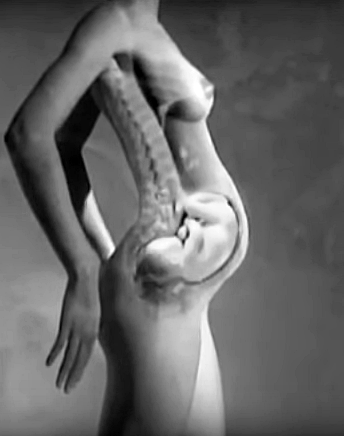 She had a ball of pure bone in her shoulder. Her muscles over it, beneath the skin, were long thin stripes. In the drawing of the whole skinless arm, the muscles looked loosely braided and tucked, tied together like a white girl’s hair.

Some illustrations in the book shocked Fayann. Drawings showed half a person as though sawn through. There was the side view of the middle of a man, an egg in clear sight inside the one ball, his limp talleywhacker with a stripe down it that ended at the hole. Bone endings looked like Fig Newtons. A brain was missing. A man angled back his head and offered his throat, skin peeled away to reveal tubes and spidery veins.

The chapter “The Female Organs of Generation” transfixed her. There it was, the slit drawn large with curly hair like black flames and the outside parts labeled. Another illustration displayed the sawn half of a woman. She oriented by the exterior: a curve of butt to the right and the springing bush at the left, but the inside was foreign shapes, packed, stacked, and folded. The scratched-metal shelves of books surrounding the librarian’s desk lifted, rotated in a dizzyingly slow, full circle, and set back down.

Her womb was a thick, folded pancake, hers, Fayann Mackie’s.

She was helping another inmate locate a romance novel when a guard strolled by her desk, where the anatomy book was opened to “The Hymen.” Five slits, each differently patterned in its center. When the guard deciphered what he was seeing, he chokingly confiscated the book on grounds of horror, the assistant warden pinning on the charge of obscenity. This warden ordered a survey of the library after that, and that book was thrown out, but it was too late. Fayann found another book. She could barely interrupt herself from her own book to stamp yours. She abandoned her path of sullen hopelessness and climbed up onto the hard dirt of a divergent road.

The books with romances showed her feelings she knew, acted out in fancy houses she didn’t. It was the feelings that mattered, not the houses. Business books and Nancy Drews were dull, Fayann set those back. Slow going, but she read the one where the man got the poor girl pregnant and then drowned her so he could marry the rich girl. Maybe she hadn’t seen outright murder in that situation, but she had known plenty girls left in the dust for a whole lot less than a rich daddy. She was about to re-shelve Tarzan of the Apes because of the author’s running off at the mouth when she got to the sentence that said Lord and Lady Greystoke sailed to Africa. About Africa she was curious, so she kept on. Then the captain beat the old sailor, and the little, old sailor’s huge, fierce friend, Black Michael, beat down the bully captain, and Fayann exulted, hooked. When she finished Anne Frank’s Diary of a Young Girl, she cried with her forehead against the cell’s block wall, for wrongness and for waste that could not be measured. And for herself.

The cancer resurged in 1966, and Fayann’s tough, folded pancake was removed, and more. Delpha, who’d rotated through the kitchen during ’63 and ’64, cleared Fayann’s drainage tubes, cleaned her incision, supported her to the bathroom, and stayed next to her as Fayann, hunched and talking talking, crept around by sliding the flat of her hand along the infirmary wall. Talked to Delpha, to other inmate patients, to the walls. Well before then, Fayann had been set afire by a scuffed book from 1901 titled Harriet the Moses of her People. She’d paged through two decades of donated Book of the Month Club’s to hit upon the one story called Black Boy. There it was—the everlasting meanness and scorn, the being held down, the doing what you have to, the hunger. 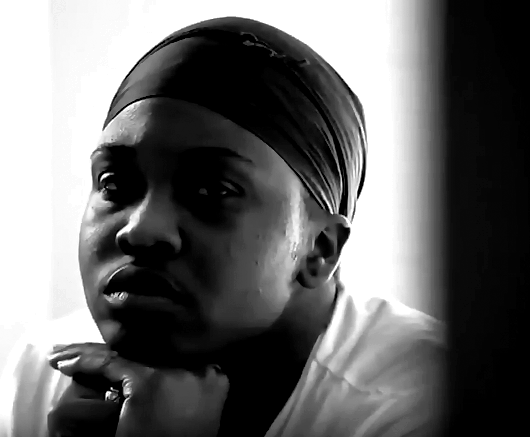 The hunger, Fayann knew where she was now. I could be in a book like anybody else, she assured Delpha, as she reached out, “like you, white girl,” and jabbed the younger woman’s shoulder. She weighed one hundred and one pounds, and her dark eyes snapped in their deep sockets. If she heard any patient or C.O., any attendant, including Dr. Yount, including the doctor his almighty self, call an inmate the usual word or any of the ugly terms were supposed to be cute, Fayann hauled herself up in bed and corrected: Black. This was the line she chose to stand on, from which she could not be moved. In her clotted voice, Black, she is a black woman.

Fayann’s change of language, at least in the infirmary, at least in her presence, was accomplished. Delpha was a keen student of this stand. She heard Fayann’s call for respect, but that wasn’t all. How did this declaration from one black inmate contain the rest of black women, a continent of them, alive and dead? To Delpha’s ears, it did. What did that have to do with her, a white girl raised in swampy bayous, in jail for years to come?

Delpha sat her hoarse patient on the side of the single bed, went to get her some water. Brought back the glass and helped her tip it up. Then she laid her down, fixed her sheets, all the time digging at this way Fayann had found. Without having one thing people usually cried out for—money or position or a true sweetheart, a ripe body, freedom—Fayann was weighing in with her life. To herself first of all. 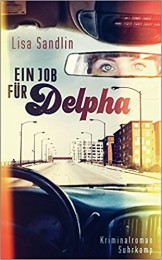 Second, to anybody who had ears to hear.