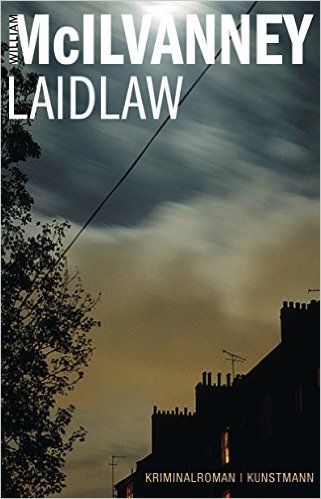 The documentary traced his career and life, showed archive from previous documantaries about him, filmed in the eighties, intercut with conversations between William and his equally famous brother, the sports writer and journalist, Hugh McIlvanney. The first four rows in the cinema were reserved for family and friends. At the end of the showing the director stood up and talked about how lovely and difficult William was to work with. Then William got up in front of the audience and said a few words.

We, the audience started to applaud and everyone got to their feet. MacIlvanney sat there, he wasn’t very well, squirming in his chair. He became slightly tearful, not with gratitude or delight, but, one felt, with ambivalence. MacIlvanney was not a comfortable hero.

His writing speaks for itself, it is beautiful, languid, erudite and revolutionary for Scottish literature, if you are inclined to think of writing as bounded by nationality. I’m not but MacIlvanney was.

He wrote many books, perhaps most noteably ‘Laidlaw’, the first urban noir novel set in Scotland. Ian Rankin, a young hopeful at the time, got MacIlvanney to sign his book at a reading and said he was trying to write crime fiction set in Edinburgh. MacIlvanney signed the book ‘To the Edinburgh Laidlaw’. Later in his life he was hailed as the ‘Godfather of Tartan Noir’. I remember him being piped into a Crime Writers’ dinner as such, a wry, gracious smile on his face.

I first met him in the late eighties. I was serving in a bar frequented by a  lot of Glasgow writers. The bar was in an old coach house, upstairs, a long narrow bar that sold only one Fürstenberg lager and Guinness on draft. It was classy. All of the writers were nice men, and they were all men at that time. They were polite to the staff, warm to their friends, pleasant enough to strangers who approached them for autographs or photographs (there was always a camera in that bar). MacIlvanney stood out though.

MacIlvanney was a very beautiful man. Unlike some beautiful people he was diffident about his looks. He dressed well, always, but he was not predatory nor did he revel in the effect his looks had on people.

More startling, MacIlvanney always tipped the bar. ‘And one for yourself,’ he would say when you served him, every time, to everyone. It was a grand gesture for a habitual drinker with a precarious income. It doubles the price of any drink. 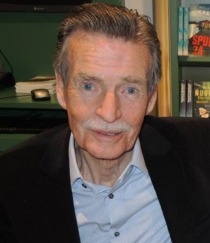 He was a faithful believer in Scottish independence long before it was fashionable. We argued about it later, I was very much against, and at the end of a rant by me he didn’t give a bitter answer, or a nasty answer, or any sense of being offended by being disagreed with. He said simply, “I hadn’t thought about it that way before.’ Perhaps he meant he thought I was talking shite but he wouldn’t say that.

MacIlvanney was a gentlemen, whether anyone looking or not. He was regal. He will be missed for more than his books.