The Christopher G. Moore Foundation is pleased to announce that submissions are open for the Moore Prize 2018 to honour fiction that contributes to the awareness, understanding and supports the universality of human rights. This unique initiative is awarded annually, as chosen by a panel of judges whose own work focuses on human rights.

The inaugural 2017 Moore Prize (short list: here) was awarded to Anjan Sundaram for his non-fiction book titled Bad News. For 2018, the Moore Prize will recognize fiction. The international fiction prize is open to authors worldwide. The Prize is open for a work of fiction, published in English,that promotes the values consistent with the advance of human rights and dignity. Entry is free and works may be submitted directly by the author(s) or through a publisher.  The winner of the fiction prize will receive £1,000. 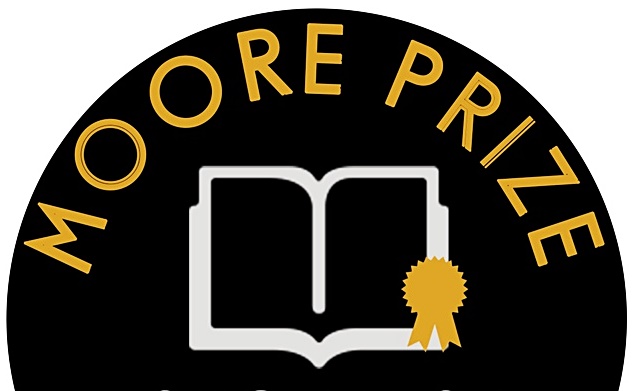 The 2018 jury is comprised of Randy Boyagoda, Principal and Vice-President

University of St Michael’s College in the University of Toronto, Professor, English Department Basilian Chair in Christianity, Arts, and Letters; Carmen Boullosa, one of Mexico’s leading novelists, poets, and playwrights, whose award winning work includes 17 novels; and George Fetherling, a Canadian poet, novelist, and cultural commentator, one of the most prolific figures in Canadian letters

Submissions must be received on or before 30th April 2018 to be eligible. The submitted novel must have been published between the dates of 1st January to 31st December 2017. Full details of books that have been longlisted, shortlisted and the award winner will be published on the Foundation website.

“My goal is to recognize the literary work that, in a given year, showcases the problems inherent in the struggle to advance human rights, freedom of expression, and freedom of assembly. Books remain one of the best means to alert us to potential dangers to our liberties and freedoms in a technologically advanced age.”

Randy Boyagoda is a Canadian writer, intellectual and critic best known for his novels Governor of the Northern Province (2006) and Beggar’s Feast (2011) and his biography of Richard John Neuhaus (2015). He is a member of the University of Toronto’s English Department served as the President of PEN Canada from 2015-2017.

Carmen Boullosa has had established a reputation as one of Mexico’s most admired writers. Her work examines issues of feminism and gender roles within a Latin American context. She has won a number of awards for her works. She has taught at universities such as Georgetown University, Columbia University and New York University (NYU), the City College of New York and Blaise Pascal University in Clermont Ferrand, France.

George Fetherling one of Canada’s most prolific person of letters, who has written or edited more than fifty books, including a dozen volumes of poetry, four book-length fictions, and a two-volume memoir.

Thomas Adcock: The next Trump