The War on American Media

Earlier this month, a thug with buzzcut hair by the name of Greg Gianforte walked into a courtroom in the state of Montana and pled guilty to charges of beating up a newspaper reporter during a political rally. In the days between the crime at question and his courtroom appearance, voters in Montana elected Mr. Gianforte to the United States House of Representatives—a choice encouraged by the candidate’s fellow thug and Republican office-holder, Donald Trump, the voice of automated phone calls in support of the party cause.

(Never mind that such telephonic annoyance violates Montana Code §45-8-216 prohibiting so-called “robo-calls.” Abusers are subject to fines of $2,500, or €2,230. Perhaps Mr. Trump will issue himself a presidential pardon.)

The May 24 crime in Missoula, Montana was no isolated incident. The abuse of journalists by Republican politicians, party operatives, volatile voters, and the president himself is ongoing. Famously, Mr. Trump is the nation’s First Fan of “professional” wrestling—surreal choreographies of criminal violence among scantily-clad, steroid-infused male combatants. Many (likely most) Trump voters believe such contests to be legitimate athletic bouts.

On a number of occasions prior to his White House occupancy, Mr. Trump famously joined the televised wrestling fray by “attacking” muscle-bound performers or their promoters, in and out of the ring. If nothing else, Mr. Trump knows from provocative viewing.

Hyper-masculine violence, in word or deed, is a central component of Mr. Trump’s appeal to his rabid slice of the Republican electorate. Ruth Ben-Ghiat of New York University, a cultural theorist and expert on authoritarian political regimes, explained in a recent podcast: “Trump is always trying to best the other man. To do this, he engages in a type of ritual humiliation of all men who want to be around him. This is a kind of bullying I call the ‘culture of threat.’”

In the months leading up to his June 2015 announcement that he would seek the presidency, Mr. Trump attempted, albeit failed to humiliate the man he most disdained, President Barack Obama. Trumpian slanders included a claim that the former president was an illegitimate office-holder due to his alleged Kenyan birthplace—a documented falsehood—and that as an undergraduate student at Harvard University, and later as editor of the prestigious law review at Columbia University in New York “nobody ever heard” of young Mr. Obama.

On at least two occasions during the preliminary contests leading to the 2016 presidential campaign, Mr. Trump boasted about his penis size. He delighted in applying nicknames to his rivals for party nomination, among them: “Little Marco” (Senator Marco Rubio), “Lyin’ Ted” (Senator Ted Cruz), and “Low Energy Jeb” (Governor Jeb Bush). He urged crowds at partisan rallies to taunt the attendant press with catcalls, and to “rough up” apostates in the house. (One of his aides, a thug by the name of Corey Lewandowski was charged with battery in May 2016 when Michelle Fields, a reporter for Breitbart News, accused him of grabbing her arm and bruising it as she aked questions Mr. Trump disliked; authorities in the heavily Republican district later declined to prosecute.)

In the style of Stalin, candidate Trump proclaimed American media “the enemy of the people.” He described matter-of-fact reportage in the pages of the New York Times and Washington Post and other leading journals as “fake news.” And now as president, Mr. Trump continues a routine use of both locutions.

Mr. Trump’s brutal persona—in the nomenclature of professional wrestling, he’s a “heel” at perpetual war against one “babyface” after another—is infectious.

The boos were scattershot as the first laptop-toting reporter emerged from the black curtains covering a side entrance a few hundred feet from the spotlighted stage.

Within moments, they grew to a menacing, thunderous roar.

[E]ven reporters long accustomed to the toxic fervor of Trump rallies were startled—and even frightened—by the vitriol of the Cincinnati crowd … as more than 15,000 supporters flashed homemade signs, flipped middle fingers, and lashed out in tirades often laced with profanity as journalists made their way to a crammed, fenced-in island in the center of the floor. The Trump supporters crowded by the metal barriers protecting the area, leaning over to get in one last insult before [turning] their attention to the stage … 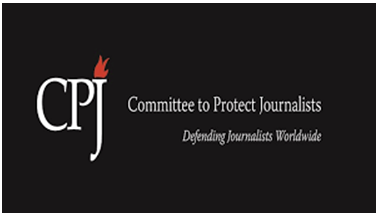 Mr. Trump’s efforts to discredit news organizations, painting them as part of a broad conspiracy with the [opposition Democratic Party campaign], have reached an intensity never before seen from a presidential candidate—so much so that the Committee to Protect Journalists, a nonprofit group often focused on defending press freedoms in war-torn and totalitarian countries, made a rare statement regarding American elections.

“Donald Trump, through his words and Actions … has consistently betrayed [constitutional press freedom] values,” said Sandra Mims Rowe, chairwoman of the committee, announcing that the group had “passed a resolution declaring Trump an unprecedented threat.”

… Mr. Trump has sharply escalated [his attacks on the press], moving from routine critiques to dedicating nearly the majority of major speeches to ridiculing what he sees as a media cabal that has declared war on him.

“Let’s be clear on one thing, the media in our country is (sic) no longer involved in journalism,” he told a [Florida] crowd. “They’re a political special interest … with a total political agenda, and the agenda is not for you, it’s for themselves.”

The crowd erupted in extensive booing … softening while Mr. Trump spoke, but still gesticulating and jeering at the media pen.

And suddenly the boos shifted to ecstatic cheers.

Numerous witnesses to the May 24 crime in Missoula, Montana said the burly Mr. Gianforte assaulted a bespectacled journalist—Ben Jacobs, an American correspondent for The Guardian newspaper of Britain. Following is an excerpt of a contemporaneous report published by Alicia Acuña, part of a three-person Fox Television crew:

Ben Jacobs…walked into the room with a voice recorder, put it up to Gianforte’s face and began asking [questions about pending health care legislation]. Gianforte told him he would get to him later. Jacobs persisted with his question.

… Gianforte grabbed Jacobs by the neck with both hands and slammed him to the ground …[We] watched in disbelief as Gianforte then began punching [Jacobs]. As Gianforte moved on top of Jacobs, he began yelling something to the effect of, “I’m sick and tired of this!” Jacobs scrambled to his knees and said something about his glasses being broken. He asked [us] for our names. In shock, we did not answer. Jacobs then said he wanted the police called, and went to leave.

To be clear, at no point did any of us who witnessed the assault see Jacobs show any form of physical aggression toward Gianforte.

Clearly, Mr. Gianforte’s thuggery is popular with his Trump-loving Republican constituents. Last month, such a voter pointed to a local reporter at a Gianforte campaign event. According to The Missoulian newspaper, “the voter called media ‘the enemy’ and mimed the act of wringing a neck.”

Whereupon, Mr. Gianforte joined his constituents’ fun by remarking, “It seems like there are more of us than there is (sic) of him.”

In the immediate hours after Mr. Gianforte body-slammed the Guardian reporter—a maneuver common to wrestling matches so very much enjoyed by the First Fan—a public relations flack on the congressman’s payroll explained that Ben Jacobs was nothing but a “liberal journalist” who had engaged in “aggressive behavior” that “created a scene.”

After sleeping on it, Mr. Gianforte amended the official line by acknowledging that his violent attack was wrong, and that he took “full responsibility for my actions”—the emptiest of empty politicians’ excuses. How might a large man seen grabbing a noticeably smaller man by the throat, crashing him to the floor, and then pounding him with his fists to take partial responsibility?

Mr. Gianforte contacted Mr. Jacobs and apologized. He apologized again to Gallatin County Justice of the Peace Rick West, who deferred an initial ruling of one hundred-eighty days’ incarceration. Instead, Mr. West sentenced the congressman to forty hours of community service and twenty hours of anger management classes—plus an assessment of $385 (€344.8) in fines and court costs. Should Mr. Gianforte’s temper flare to violence between now and November, Mr. West said he will yank the congressman from Washington and lock him up in a Montana hoosegow.

In his first post-assault interview, with The Missoulian, Mr. Gianforte offered up what he may have thought were pearls of newfound wisdom.

“Right now, analyzing the facts is I need (sic) to focus on taking responsibility,” said the congressman, “and that’s what I’ve done.”

According to The Missoulian, the congressman then underscored the “extremely important” role of the press, and called for a “return to more civility on both sides.”

Both sides? Both? When, exactly, did a newspaper reporter beat up Republican congressmen?

Pity an American public conditioned to accept, without question, this claim of duality; an untruthful claim The Missoulian failed to challenge; a lie frequently left unchallenged by the vast majority of American media outlets.

Hillary Clinton, whom Mr. Trump defeated last November, had something chilling to say about truth and lies in a May commencement speech at her alma mater, Wellesley College here in New York.

“As the history majors among you know all too well,” Mrs. Clinton told the class of 2017, “when people in power invent their own facts and attack those who question them, it can mark the beginning of the end of a free society.”

She added, “That is not hyperbole. It is what authoritarian regimes throughout history have done. They attempt to control reality. Not just our laws and our rights, but our thoughts and beliefs.” 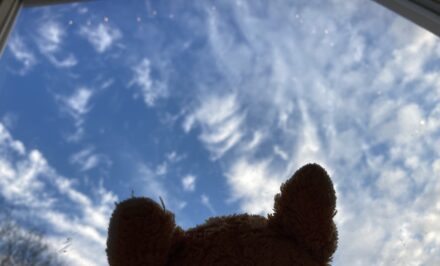 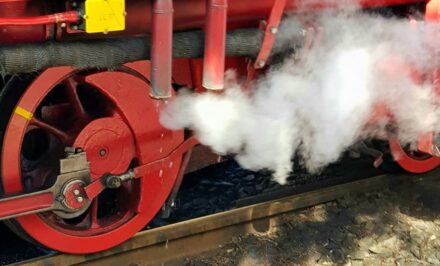 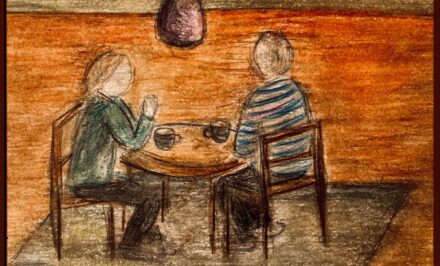 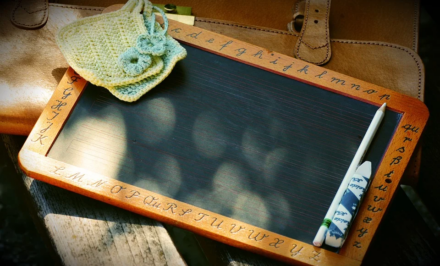