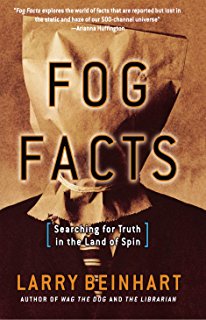 All politicians lie but it’s better if not mentioned

Larry Beinhart is an American novelist best known for his novel „American Hero“ which was made into the movie „Wag the Dog“ (1997) with Dustin Hoffman and Robert De Niro. The story: A Washington D.C. spin doctor (De Niro) is hired by the American president just a few weeks before reelection to distract the electorate from a sex scandal. He hires a Hollywood film producer (Hoffman) to construct a fake war with Albania. The movie was released one month before the Lewinsky scandal. In 2005 Larry Beinhart wrote the nonfiction book „Fog Facts. Searching for Truth in the Land of Spin“. His hardboiled crime novel „No One Rides For Free“ is being reissued in Germany, his other novels are available in German translations at Spray Books Cologne. And yes, Larry knows all the jokes you could make in German about his name …

If you are broadcasting, reporting, writing, or just repeating a story that Donald Trump lied, or that some other public figure lied, please do not tack on the tagline, „Of course, all politicians lie“. Or anything similar.

If a president lies about something of consequence, it is important to say so. Clearly and unequivocally. Not so that we think of him as a bad person. But in order to brush away the delusion and confusion that hides the truth from us. We want, need, the truth, because only an accurate description of the facts will allow us to make sound, sane, and sensible decisions.

The moment you put the tag on it, that all politicians lie, the listener, and you, re-enter that foggy bog of spin, opinion, prevarication, in which there are no real facts. Indeed, no real reality. Just everybody telling lies – you just said so – and no one telling the truth. 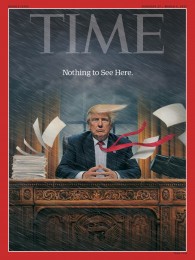 I’ve been waiting 50 years for one of the institutions of the mainstream media to use „L“ word: „Lie“.

On January 23 this year, the New York Times finally did it. It’s important. It’s momentous.

To get some notion of how much of a breakthrough it was, here’s how the exact same story was covered by others. The headline in the Washington Post was that Trump spoke „without evidence“, CNN said that he „reiterates unsubstantiated voter fraud claims“, and USA Today had it as „makes debunked claims.“

Or look to the past. During the Vietnam War, it was clear that pretty much everything we were being told – through the media – by the president, government spokesmen, and the generals, was misleading, untrue, false, and full of lies.

But all we got from the media was the mealy-mouthed „credibility gap“, as if the problem was merely the distance between the liars and the listeners.

When Ronald Reagan told a heart-breaking story that he’d seen in a Warner Brothers war movie, which had never happened in real life, as if it were true, that he’d been at the liberation of the concentration camps though he’d never left Hollywood during the World War II, and told slanderous tales of black people abusing welfare that were false, nobody wrote that he was a liar.

He was just a likeable, corny storyteller. After the facts about Iran-Contra were published by a commission report, Reagan made a public statement that said, „A few months ago, I told the American people I did not trade arms for hostages. My heart and my best intentions still tell me that’s true, but the facts and the evidence tell me it is not.“ Yet, the L word did not appear. 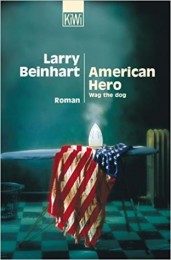 The L word continued to be kept in the closet, in favour of respectful euphemism, through the war in Iraq and the weapons of mass destruction that didn’t exist. Did it matter? Yes. When George W Bush ran for his second term there had been two official reports that said there were no WMDs. The Senate Intelligence Committee and the 9/11 Commission both reported that there had been no connection between Saddam Hussein and al-Qaeda.

Yet 72 percent of Bush supporters believed Saddam had WMDs, 75 percent thought he was connected to al-Qaeda, and more than half thought the experts agreed with them.

It seems reasonable to think that the way the stories were reported allowed these delusions to persist and that, in turn, Bush got re-elected by the delusional.

No longer owning the reality

A large part of the problem is inherent in „objective“ journalism. In objective journalism – as practised, and this is a gross generalisation, with an unfortunate amount of truth in it – there is no objective reality, there are only „sources“ – they are rated by their credibility, and credibility is an attribute of status.

A very good case can be made that people have not lost trust in journalism because they’re liberal or biased or opinionated, but because they are not aggressive enough.

During the campaign for the recent Republican nomination, all the candidates were telling whoppers. It was a fascinating inward-peering cluster babble. Most of their fictions and distortions agreed with each other. Regular reporting, for the most part, treated the claims the made in their campaigns and their proclamations in the debates as normal.

A few specialty observers, like PoltiFact, rated truth and lies and tallied them up. What was fascinating was that the more a candidate lied, the higher they went in the polls. It should have been no surprise that the person who lied the most won. 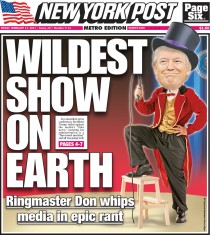 In a world in which the people we relied upon to give us the truth – which has to include calling a lie a „lie“, so that we know – failed to do so, we, the public, lost faith in them. With no real arbiters of the truth, there were no penalties for lying.

The New York Times is, in establishment terms, not political terms, the most conservative of news organisations, devoted to correctness and rectitude. At last, conditions have become so extreme that it is willing to kick through the mucky barriers of euphemism and use the L word. Lie.

It’s about time. Others should follow. Since it’s the New York Times, they probably will.

In the meantime, as we, hopefully, stumble our way back to realising that there is such a thing as actual, objective reality – and that it should be the basis of good reporting – please, after you’ve called out a politician on a lie, don’t throw in, „of course, all politicians are liars“.

It reduces the charge to meaninglessness. It means it doesn’t matter that this one lied because the next one will do exactly the same. We don’t need to be relativistic about it. We don’t need to introduce knee-jerk equivalences. We need to do quite the opposite. To be relentless and severe – and very accurate – about lies. One at a time. Every time.

Larry Beinhart is a novelist. He’s also been a journalist, political consultant, a commercial producer, a columnist for „Al Jazeera“ and director. This article first appeared with „Al Jazeera“. 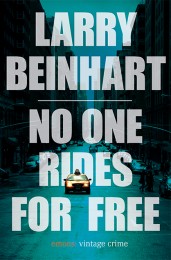