When Poo has the wrong bad smell

Governments in most places want to help citizens who struggle to make a living. Thailand is no exception. The law of unintended consequence unfortunately comes into play when government policy attempts to control market forces. Greed is a bulldozer that ploughs through Wall Street, it also rolls through the rubber plantations and rice fields of Asia.

In the South of Thailand there are many rubber plantations. Rubber trees require fertilizer. The essential ingredient of fertilizer is? One assumes it is poo. The people who make fertilizer, like all good capitalize, seek to maximize their profits from every bag of fertilizer. If this becomes a highly regulated business where the government sets the price, then one way to boost the profits is to sell the farmers “fake” fertilizer. It is difficult to believe that there are cheaper substitutes for poo but apparently that is the case.

What the English language newspapers in Thailand fail to say is the “fake” fertilizer story has shit hitting the fan in more than one ASEAN country. What seems to be an eccentric story from Thailand is actually a story that is spreading through the region. America had the subprime mortgage meltdown in 2008, while Asia has a subprime fertilizer story in 2012.

Vietnam also has bad boys diluting the fertilizer in their country. In Vietnam, test showed rather than 20% of organic content, the fertilizer has less than 15%. What’s a farmer in a remote area without testing to do? That’s the problem. Remote areas where the fake fertilizer is used won’t really know the problem until their crop yields tell them. The Vietnamese authorities responded with a crackdown, raiding five companies selling the fake shit. But with light fines on the light side, the crackdown won’t solve the problem. The Vietnamese solution is for the State to get into the shit business. They’re building a huge fertilizer factory. I am certain we can revisit this story in a couple of years to see just how well that solution worked.

Not to be left out of the biggest shit story to hit the region in years, the Philippines is also investigating fake fertilizer in Mindanao. The police seized thousands of bags of fake ammonium sulfate, ammonium phosphate, urea, muriate potash, and monosodium sulfate salt. This happened after the cops found the safehouse where the fake fertilizer gang had warehouses.

Tempo reported:  “The suspected leader of the gang, Edgar Calledo, and seven of his workers were caught mixing, rescaling, and resacking of suspected adulterated fertilizer products inside a warehouse in Maa, Davao City.”

They were caught red-handed. It would be good if the local reporters kept us informed about the trial of that gang of corporate thugs. How this is any different than the average derivative trader on Wall Street would require a separate essay. But I am certain by now you can see the general theory is roughly the same. Only on Wall Street, they mixed shit in with the good stuff, while in this region, to save on the cost of shit, they put in the fake stuff.

The problem can be traced to government capping the price of fertilizer. That is called price control. It means that to keep farmers and producers of agricultural products contented voters, the price of shit has to be kept below market price. If the manufacturer is a state enterprise, then the taxpayers subside the true cost of shit. But if the price control is on private manufacturer, and the cost is  rising, you would expect one of two outcomes: (1) the use of fake materials that cost much less; or (2) a refusal to manufacture and sell their product at the controlled price. The first is fraud, the second is civil disobedience.

The lesson is that even shit has a market price and when the government policy is the private sector has to bear the cost of production even though this not only wipes out their profit margin but puts them in a loss position, something has to give.  The alternatives aren’t pretty: fake fertilizer, fraudulent fertilizer gangs, black market fertilizer, and damaged crop yields. 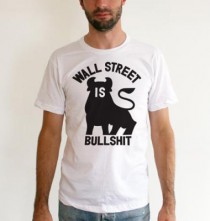 Wall Street bankers and Southeast Asia fertilizer manufacturers have more in common than anyone would have thought. They could recruit from the same pool of executives who know the best techniques of getting people to believe that a little fake shit doesn’t spoil the crop yields.