Thomas Adcock: They Walk Among Us 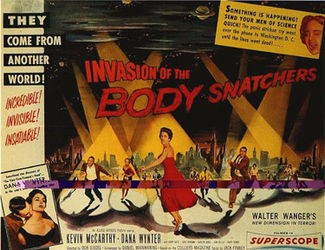 They Walk Among Us

Being a rum joker, and semi-fond of mankind, God has given the world Stupidity. Infidels and the faithful alike may agree on my theory: call it Origin of the (Idiot) Species—square one of idiotic impulse, that evident force of human nature beyond anything we know from the laws of physics.

But first, a bit of background:

Presumably, God invented Stupidity, among other things, during the putative six days required of Him to conceive, design, and construct the universe—including all of us who variously creepeth, crawleth, or walketh upon Earth. I am uncertain as to which of those supposititious days marked the actual début of Stupidity, or whether theologians have analyzed the question.

Scripture apprises that God created Homo sapiens in His own image. We are further informed that the Holy Father is possessed of infinite wisdom; this hardly suggests He is, at times, as stupid as His progeny. To be sure, He bedevils and mystifies mankind, and seems to enjoy amusements at our expense. But I do not grasp the gag here; it seems so retrograde of God to giveth brains, only to taketh them away.

In the cause of clarification, a further postulate:

The 1956 film “Invasion of the Body Snatchers,” based on a novel by Jack Finney, is not simply a potboiler of science fiction. Rather, it is mid-twentieth century parable, and every bit as illuminating as the ancient allegories accepted for publication by the Holy Bible’s hallowed editorial board. Indeed, Mr. Finney’s tale of Heaven-sent kidnappers seems inspired by the Almighty, ever on the lookout for parables to help His flock navigate the bewilderment of existence.

Poor Mr. Finney (1911-1995) was born too late. Had he been around during the centuries-ago epoch of Scripture writing, his “Body Snatchers” apalogue might well have become a book of the Holy Bible, that best-selling anthology of ripping yarns.

Mr. Finney’s apocryphal story revolves around an extraterrestrial invasion of a sleepy little town in California. Alien visitors from outer space—metaphorical delivery boys from Above?—scurry around town by night, sneaking into homes in order to deposit giant seedpods in the bedrooms of sleeping citizens. Come dawn, the pods burst in completion of a kind of osmotic transference: warm, slumbering human bodies provide nutrition for the rapid germination of alien seeds that drain host bodies of intellectual energy. The town’s customary populace is thus subsumed by “pod people”—imposters that are physically identical to normal humans, but devoid of reason or intellectual challenge.

This could explain the plight of Petersburg, a deadpan village of the American South. As I write, half the village is obediently employed by the Creation Museum—a high-tech jamboree of quack science and religious hooey, and host to a gala February 4 contest pitting Rationality against Stupidity. At the final bell, it became clear that Petersburg is the American polestar of Finneyesque transubstantiation.

Seven years ago, a modestly educated Australian church hustler by the name of Kenneth Alfred “Ken” Ham hotfooted it out of his native Queensland. He resurfaced in the United States with a gentlemanly sum of venture capital, dubiously attained, and dreams of fresh chickens to pluck. Back home in Oz, he was an absent defendant in a lawsuit brought by his colleagues in the evangelistic Christian Ministries International; according to court papers, C.M.I. was “concern[ed] over Mr. Ham’s domination of the ministries, the amount of money being spent on his fellow executives, and a shift away from delivering the creationist message to raising donations.”

Prior to pesky litigation, Mr. Ham took note of a sociological finding by the respected Gallup polling organization: forty-six percent of America’s 315 million citizens believe it literally true, per the Old Testament Book of Genesis, that God created the world six thousand years ago over the course of six working days; further, that most literalists reside in the American South. Having reached the logical (and potentially criminal) end of the Australian phase of his career in “creation science,” Mr. Ham sensed free and greener pastures in the news from Gallup. He acted accordingly: Kentucky, here I come!

Upon reaching the U.S., in 1987, the Queensland huckster incorporated “Answers in Genesis” as a business entity for high-octane fundraising. Ten years later and richer by some $27 million (€19.8), Mr. Ham established the Creation Museum in hard-pressed Petersburg. To date, this temple of creationist mythology, faux biology, the nincompoop genre of Christianity, and reductionist certainty à la the Republican Tea Party—has attracted more than two million visitors.

Mr. Ham’s showmanship certainly packs them in. Museum exhibits include a Garden of Eden diorama, complete with goggle-eyed snake and coyly unclothed Adam and Eve, and a simulated “crack den” where teenage mannequins watch pornographic movies and talk about abortion. Especially popular is the café, with its Cinnabon aroma, candied coffee, and tables set amidst frolicking plaster-cast dinosaurs. Top seller in the gift shop is “God’s Design for Life,” a colorful, easy-to-read book that assures youngsters and parents that “there is no evidence of evolution from one kind to another”— never mind the lifework of Charles Darwin (1809-1882), the apostate English naturalist and geologist.

Last week, Mr. Ham outdid himself as one of America’s leading impresarios of imbecility. He drummed up a YouTube livestream audience of three million for the museum’s February 4 Oxford-style debate on the question, “Is creation a viable model of origins in today’s modern scientific era?” Mr. Ham spoke in the affirmative. On the negative side—the side of the late Mr. Darwin’s theory of evolution, a long settled canon of basic erudition—was William Sanford Nye, known to viewers of his eponymous television show as “Bill Nye the Science Guy.”

Mr. Nye’s scientific credentials include his work for the National Aeronautics and Space Administration in the development of color calibration devices for mechanical explorations of Mars. He is chief executive of The Planetary Society, allied with NASA in promoting space exploration through public education.

While the partisan divide of those millions tuned in via YouTube is inestimable, there was no doubting the opinions of eight hundred ticket buyers composing the event’s live audience, a sometimes malevolent crowd and largely uninterested in fact-based discourse—namely, Petersburgers and their pod people cousins from elsewhere in the South, delivered to Kentucky in church buses.

“It was easy to pick out the smarter man on the stage,” snarked Michael Schulson, a North Carolina-based freelance journalist who reports on religious and political lunacy for the Daily Beast, an online magazine. “Oddly, it was the man who argued that Earth is six thousand years old.”

Mr. Schulson added, “For all his skill as a science communicator, Nye has less political acumen than your average wombat. Ham won this debate months ago, when Nye agreed to participate.”

“Ham had nothing to lose. When you exist on the cultural fringe and make your living by antagonizing established authority, there’s no form of media attention you don’t love. All Ham had to do was sit still for three hours, sound vaguely professional, and pander occasionally to his base,” Mr. Schulson wrote further. “Sure, if you listened closely, what Ham was saying made absolutely no scientific sense. But debate is a format of impressions, not facts. Ham sounded like a reasonable human being, loosely speaking, and that’s what mattered. Nye, meanwhile, sounded like a clueless geek, even if his points were scientifically valid.”

Pod people demonstrated their hostility to the clueless geek, known to be an agnostic, by vandalizing his car in the parking lot.

In another time and similar place, a high school science teacher named John T. Scopes was put on trial by the state of Tennessee in 1925 for the crime of exposing his Dayton, Tennessee, class to Mr. Darwin’s evolutionary theory—especially as applied to human beings, a few steps removed as we are from the ape kingdom. High points of the “Monkey Trial,” as it became known, were live radio broadcasts of courtroom debates between the legendary Chicago lawyer and agnostic Clarence Darrow (for the defendant teacher) and the bible-thumping William Jennings Bryan, a three-time candidate for the U.S. presidency who died soon after the trial’s conclusion after gobbling down a huge meal. Mr. Darrow (1857-1938) told reporters that his adversary died of a “busted belly.”

Mr. Darrow’s eloquence in the cause of academic freedom and scientific evidence in collision with religious fundamentalism did not sit well with the Tennessee jury of pod people. From the trial transcript, hear the remarks of counsel for the defense that ring true to this day in America, where they walk among us at the Creation Museum:

Ignorance and fanaticism is ever busy, and needs feeding. Always it is feeding and gloating for more. Today, it is the public schoolteachers… [the next day] the lecturers, the magazines, the books, and the newspapers. After awhile, your honor, it is the setting of man against man…until with flying banners and beating drums we are marching backward to the glorious ages of the sixteenth century, when bigots lighted fagots to burn the men who dared to bring any intelligence and enlightenment and culture to the human mind.

For what he has wrought in Petersburg, Ken Ham’s acolytes—locally, and wherever else he is safe from litigants who challenge his ethics—pronounce him a “genius.” Maybe not. Unquestionably, however, the physicist and agnostic Albert Einstein (1879-1955) was indeed a man of genius. Who else but a genius would be wise enough to say, “The difference between stupidity and genius is that genius has its limits.”