The Racketeer & the Christian Taliban

In two hundred-plus years of national history, we Americans have not witnessed anything quite like the conjoining of two iniquitous forces now shadowing the United States. Their names are Ted Cruz, a freshman U.S. senator from the state of Texas whose father is a failed entrepreneur turned multi-millionaire religious grifter, and what should be properly called the American Christian Taliban.

As the world saw during the past few weeks of chaos in the U.S. Congress, caused by jihadists of the amalgamated Republican Tea Party, Mr. Cruz led his Teapublican co-religionists in a crusade to shut down the federal government for sixteen days (mission accomplished) that nearly plundered the global economy. The question ignored by the American corporate media: to what end the senator’s ultimately futile sound and fury?

I suggest a short-term answer with echoes of long ago, when the Lord in Heaven sent forth his Only Begotten Son to dwell among us—until, that is, a celebrated crucifixion. Today, Cruz fils seeks to execute the holy will of an aging Cruz père, founder and senior-most pastor of the highly profitable Purifying Fire International Ministry, headquartered in Carrollton, Texas.

As I write, the elderly pastor’s bright boy, a product of Princeton University and Harvard Law School, basks in attention accrued from his self-imposed crucifixion: thunderous blame by the Washington establishment for obstreperous conduct. Senator Cruz has exploited his public office, and his newfound status of hero-martyr among the benighted, in the future cause of personal enrichment. Contrary to the press punditry, the senator’s immediate goal is not to become his party’s candidate for president in 2016, but to honor thy father by seizing control of a racket that melds politics and religion into right-wing entertainment. This is a hydra-headed enterprise, in the business of staging sanctimonious seminars for America’s disturbingly vast audience of cretins and Christers, flag freaks and fetus wavers, bigots and bullies, know-nothings and nativists.

At each stop on the traveling tent show, there are easy-to-read jeremiads and screeds available for purchase, of course. Step right up, folks! Get your autographed copy! And for a mere $100, thereabouts (€74), chumps may have their photographs taken alongside stars of this sucker circuit—such luminaries as Newt Gingrich, the roly-poly perennial right-wing presidential candidate and “family values” moralist who demanded to negotiate divorce terms with his ex-wife, the late Jackie Gingrich, as she lay in a hospital recovering from cancer surgery; kewpie-lipped faux billionaire businessman Donald Trump, complete with the bleached rodent pelt that drapes his pasty-skinned head; chirpy Alaskan imbecile Sarah Palin, accompanied on occasion by her monosyllabic husband, Todd; the venerable Pastor Rafael Cruz himself, an old-timey anti-communist émigré from Cuba who has updated his schtick with hatred for homosexuals; and the odious evangelist Pat Robertson, likewise a past presidential candidate who in a 1992 political fundraising letter defined feminism as a movement that “encourages women to kill their children, practice witchcraft, destroy capitalism, and become lesbians.”

Fortunes are made from such blathering. And respect is paid: Mr. Gingrich is a well-compensated television pundit; Mr. Trump’s supporters keep him living in Manhattan penthouse splendor; Ms. Palin’s every, like, word is reported on a daily basis somewhere in the respectable press; with his peppy theme—“Socialism requires that government becomes your god…That’s what’s behind homosexual marriage”—Pastor Cruz is in greater public demand than ever before; misogynists throughout the land, physically violent and otherwise, are in awe Mr. Robertson’s latest pronunciamento: “I know this is painful for the ladies to hear, but if you get married you have accepted the headship of a man, your husband. Christ is the head of the household, and the husband is the head of the wife, and that’s the way it is, period.”

As Henry Louis Mencken (1880-1956), the journalist and cultural critic, observed, “No one ever went broke underestimating the intelligence of the American public.” And as circus impresario P.T. Barnum (1810-1891) earlier said, “There’s a sucker born every minute.”

When not enjoying a snappy baseball game, the American national pastime seems to be laughing at those who blather. Some blatherers add a harmless dimension to the general amusement; like Pastor Cruz, they laugh all the way to the bank. Others come to actually believe what they preach, zealously so; ominously so. A friend in Berlin reminds me, “Of course we laugh about these gawks and twits, but we [Germans] remember all the national-conservative politicians in the early 1930s who loved this weird and funny and silly Führer…”

As I said, and hope, it is the apparent short-term ambition of Senator Ted Cruz to cast off his self-sewn crown of thorns and exit the Washington stage—his prominent chin thrust forward, in the thrilling manner of Il Duce—thence to emulate his father’s success in the lucrative religio-political entertainment racket; to prosper as its newest and brightest star; to become no less than capo de tutti capi, as Italian Mafiosi would say.

My hope for the senator’s incipient career as a money-grubbing, Mafia-esque boss of all bosses remains to be seen. What is painfully evident just now is that Mr. Cruz’s ambition is fueled by people whose love of money, scorn for The Other, and fervor for merciless social control is antithetical to the vision of a famous Nazarene carpenter and memorable liberal of the Jewish persuasion.

Serious-minded capi of the Cruz family trade take their money and run, perhaps in logical fear of congregants who pack their portable pews and pass the collection plate: the gawks and twits of an emergent Christian Taliban. These true believers, many of whom exhibit murderous tendencies, yearn to supplant secular government with their brand of theocracy. In a recent essay for the Los Angeles-based online magazine Truth Dig, former New York Times reporter and divinity school alumnus Chris Hedges wrote:

There is a desire felt by tens of millions of Americans [of] the Christian  right to destroy the intellectual and scientific rigor of the Enlightenment, radically diminish the role of government to create a theocratic state based on ‘biblical law,’ and force a recalcitrant world to bend to the will of an imperial and ‘Christian’ America. …This ideology calls for the eradication of social ‘deviants,’ beginning with gay men and lesbians… Once these ‘deviants’ are removed, other ‘deviants,’ including Muslims, liberals, feminists, intellectuals, left-wing activists, undocumented workers… African-Americans, and those dismissed as ‘nominal Christians’—meaning Christians who do not embrace this peculiar interpretation of the Bible—will also be ruthlessly repressed. The ‘deviant’ government bureaucrats, the ‘deviant’ media, the ‘deviant’ schools and the ‘deviant’ churches, all agents of Satan, will be crushed or radically reformed. …’Christian values’ and ‘family values’ will, in the new state, be propagated [through] all institutions. 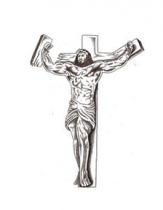 Multitudes of the right-wing faithful attended the religio-political entertainment racket’s latest cock-a-doodle-do—the annual “Values Voters Summit,” held October 11-13 in Washington, when it appeared that jihadists of the Congress might well have their way. Mr. Cruz took time out from economic terrorism to address the ticket-holding suckers, among them a slack-jawed fellow Texan who marched to the gates of the White House, home of the black president and his black family, under the shameful banner of African slavery carried by Southern secessionists during the Civil War of 1861-65—the stars-and-bars flag of the aborted Confederate States of America. (Inexplicitly, the slack-jaw also unfurled the U.S. Marine Corps flag, indicative of the Northern military unit that defeated the Confederate army of the South.)

The ugliness of that White House demonstration was not mentioned, much less condemned, by “moderate Republicans,” as Washington media insist on describing an extinct species. Nor were “values voters,” many togged out in camouflage fatigues and hobnail boots, disturbed by the insensitivity. Nor did Mr. Cruz deem it sufficiently noteworthy for comment.

Tony Perkins, a former police officer and right-wing legislator from the Deep South state of Louisiana, served as official host of the Values summit. He introduced the eerily smiling senator as the “de facto leader” of the Republican Tea Party. The multitudes were eager to hear from “Ted” Cruz—born Rafael Eduardo Cruz, in 1970, in Canadian cowboy country near Calgary, Alberta, where his father went bust in the oil trade.

Mr. Cruz, the keynote speaker, wowed the suckers with a jokey speech.

“After leaving here, I’m going to the White House,” he said at one point. “If I’m never seen again, please send a search and rescue team. I very much hope by tomorrow morning I don’t wake up amidst the Syrian rebels.”

Of President Barack Obama’s administration, Mr. Cruz said, “[They] seem bound and determined to violate every single one of our Bill of Rights. I don’t know that they have yet violated the Third Amendment, but I expect them to start quartering soldiers in peoples’ homes soon.”

And of the president’s worldview, “Our foreign policy is détente, which I’m pretty sure is French for surrender.”

Those who live in a rational world may laugh at Mr. Cruz’s blatherings; they may even hold fugitive respect for an educated trash talker who levies the stupid tax on admiring listeners. Gawks and twits, however, do not have the cognitive ability required to grok the senator’s attempts at satire. They did not laugh at the Values summit; they accepted whatever their martyred hero said as righteous fact.

There is danger in this. Though Mr. Cruz might now think of himself as engaged in an entertainment racket, there are tens of millions in these angry, uncertain times who see him as the Truth and the Light and the Way. For is he not the Anointed One—soon to become capo de tutti capi?

Beyond a short-term professional probability, this Harvardian—scorned by heathens as “Canada Ted,” a grinning racketeer who relishes the flattering light of celebrity—bears careful watching, for his sake and ours.

For in another time and place of anger and uncertainty, multitudes fell under he spell of a weird and funny and silly man.