Thomas Adcock: Another Day, Another Massacre

Another Day, Another Massacre

Here’s what happened the other day to two motorists engaged in a tiff over traffic etiquette in a small town of the Middle West, a region of the United States that enjoys touting itself as chock full of dear hearts and gentle people: each man drew a pistol from his belt and commenced blasting.

What might have been merely a pair of punched noses are instead two funerals in Ionia, a town of 11,402 souls in the state of Michigan. The incident would have gone unrecorded by national media if not for its occurrence two days after the September 16 massacre at the U.S. Navy Yard in Washington, D.C.

Twelve workers were mowed down that sunny morning in Washington. The killer, eventually eliminated by police, was one Aaron Alexis, a Navy reservist said by friends to be a gentle Buddhist. He was armed with a shotgun and stolen semiautomatic weapons, and under the impression that what he called a “microwave machine” had beamed voices into his brain.

Because the carnage this time took place in view of the U.S. Capitol Building—where Congress sees fit to do nothing about America’s sickening abundance of massacres—it becomes clear that the lucidity of politicians is comparable to that of Mr. Alexis. As the Navy Yard rampage drew to a close, a familiar ritual ensued:

Neighborhood residents were shocked (shocked!) that such horror could strike where it struck. Upstanding citizen organizations demanded new gun control legislation. The usual handful of pols expressed righteous support for said public demand, shouted down by colleagues who made righteous noise about the Second Amendment—conflating that hoary predicate of the Constitution with the rights of a vast U.S. gun industry to rack up obscene profits, year after bloody year. Most pols remained silent, aside from stipulating that gun owners of their acquaintance (and constituencies) are “responsible” hunters and target shooters and so forth, and that something ought to be done, by god, about mental health policy. Pro-gun and anti-gun lobbing groups hit the internet with appeals for money in order to underwrite their respective worthy causes. The National Rifle Association and affiliated right-wing true believers advocated for more guns in more public places, especially the schools. Solemn-faced, bible-thumping clergymen offered prayers for the dearly despatched.

Oh, and one of a host of crazed outliers in Congress held forth in stupefying ignorance. Right on cue, Congressman Louie Gohmert—a Republican from where else but Texas—said of the Navy Yard massacre, “Blaming this on guns is like saying the big problem with obesity is we’ve got too many spoons.” (Following a young madman’s slaughter of twenty elementary school youngsters and six teachers in Connecticut last December, Mr. Gohmert said he wished the school principal had had a U.S. Army M-4 machine gun in her office “so when she heard gunfire, she…takes him out, takes his head off.”)

For a few days, stenographers for the corporate media publicized such magniloquence. Occasionally, they cited an international comparative study from 2007—the United Nations Small Arms Survey, the last such statistical report. This supplied an unsurprising bit of news: America, at five percent of the world’s population, is home to about half the world’s civilian-owned guns.

Hours after the Navy Yard rampage, Dr. Janis Orlowski told reporters gathered for a press conference, “There’s something evil in our society.”

Director of the MedStar Washington Hospital, where the dead and wounded were taken, Dr. Orlowski added, “There’s something wrong here when we have these multiple shootings, these multiple injuries.”

In her final remarks, perhaps the doctor fantasized about a sudden burst of integrity in the Congress: “I would like you to put my trauma center out of business,” she said. “I really would. I would like to not be an expert on gunshots.” Such sentiments sailed over the heads of two among the usual coterie of well-paid gun flacks—Wayne LaPierre, schamlose Führer of the National Rifle Association; and Sarah Palin, ha-cha-cha garblerwarbler for Fox-TV News, and the 2008 Republican vice-presidential candidate who said coastal Russia could be seen from the backyard of her home in Wasilla, Alaska.

In an essay for the online journal National Review, the syntax-challenged Ms. Palin wrote, “The first thing politicians ask after these tragedies is essentially, ‘What can we do to limit the freedom of the people?’ The question we should be asking is, ‘What can we do to nurture and support a people living in freedom?’ A decent and moral society is guided by voluntary self-restraint. The less moral we are, the more legalistic we become.”

Today, there is silence from gun industry shills—Ms. Palin, Mr. LaPierre, Mr. Gohmert, et cetera. They’ve said what they always say, which is, essentially, “Another day, another massacre. Ho-hum.”

He was ‘riding our butt’

Thanks to Michigan’s “stand-your-ground” law, neither James Pullam, 43, nor Robert Taylor, 56, would have been charged with a shooting crime—had they survived. For one thing, town police in Ionia say it is unclear which man fired first on the evening of September 18. For another, County Prosecutor Ron Schafer believes eyewitness claims that Mr. Taylor provoked the deadly, profanity-laced, roadside rhubarb by driving his vehicle too closely behind Mr. Pullam’s car would be irrelevant in court—had the hotheads lived to experience litigation.

Besides which, each belligerent had the legal right to kill if they had the slightest inkling that their lives were imperiled, in accordance with their government-issued licenses to carry concealed firearms. (The popular “stand-your-ground” legal theory allowed a famously pistol-packing wannabe cop on “neighborhood patrol” last February in Florida to legally gun down a teenager armed with a bottle of soda and a cellophane bag of candy.) 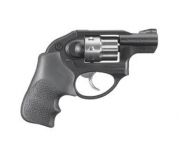 It is also unclear why either of the Michigan antagonists felt need of deadly license. The widow Pullam, who observed the shootout from inside the couple’s automobile, told the Grand Rapids Press newspaper that her husband was “protecting his family” with a Ruger .22 caliber revolver, given that Mr. Taylor’s car had been “riding our butt.” According to Mr. Schafer, the late Mr. Taylor owned approximately one hundred weapons besides the Glock 9-millimeter semiautomatic pistol he used to cut down Mr. Pullam.

Mr. Schafer added a tasty fact: Mr. Taylor’s license to kill was temporarily suspended in 2006 on account of a drunken driving conviction. When police pulled over his car and placed him under arrest, Mr. Taylor’s trusty Glock was within easy reach, and fully loaded.

‘Something about a gun, and men, and America’

On a moonlit night in the summer of 1964, Officer Robert Leuci of the New York Police was posted on the roof of a tenement building in a dicey section of the South Bronx—the 41st Precinct, known in darkest cop parlance as “Fort Apache.” A rookie, Officer Leuci was only eight years older than the boy he shot.

“If you carry a gun, you’re thinking about a time when you have to use it,” Mr. Leuci told me in an interview. “You ask yourself, Will I be ready? Will I act manly? Then it happens. It happens so fast.”

One year after the Fort Apache incident, Mr. Leuci was assigned undercover work with the Narcotics Bureau. He was soon promoted to detective rank as a member of the bureau’s elite Special Investigative Unit. He was as tough and as efficient as ever a New York cop was. He is still a tough guy.

Prior to retirement in 1981, Detective Leuci assisted the federal government in exposing corruption in the city’s criminal justice system—resulting in several of his police colleagues sentenced to prison, and a few of whom committed suicide. His experiences were recounted in a movie based on a best-selling book, “Prince of the City” by Robert Daly.

Today, Mr. Leuci lives in rural New England, where he is adjunct professor of English and political science at the University of Rhode Island. He is himself the author of seven crime novels, as well as a lecturer at federal law enforcement agencies and police academies throughout the U.S.

And the gritty memory of a summer night in the Bronx is as keen today as it was back in ‘64.

“I was looking down from the top of the fire escape, and saw this kid taking stuff that somebody in an apartment was passing through a window,” recollected Mr. Leuci. “He sees me. I shout ‘Cop!’ The kid sticks up his finger and yells back, ‘Go fuck yourself,’ and starts running.”

Officer Leuci removed a .38 caliber police special from its holster. He knew the rule: a New York police officer may only shoot at a person, as a last resort, during commission of a felony. Accordingly, he fired from the roof to the alleyway below—as a warning. “Then,” he said, “there was this horrible mistake.

The bullet ricocheted off the alley pavement to the iron bars of the fire escape, back to the pavement, then back up the fire escape to land in the boy’s thigh. “I hear the kid yell, ‘The fuck shot me!’” Mr. Leuci said.

Officer Leuci jumped over the gooseneck of the fire escape and scrambled down toward the alley as the boy’s accomplice ran off.

Little did he know from Officer Leuci’s so-so prowess with a pistol; even less of his conflicted emotional state. “I just grabbed the kid, and I hugged him,” said Mr. Leuci, “and I kept asking him, ‘You little fuck, what were you doing?’ I never felt worse in my life.” 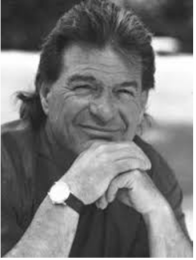 Officer Leuci went to the hospital with the little fuck. He couldn’t take his eyes off the bullet he’d put in a boy’s leg: there it was, visible just below a few layers of skin. The boy’s parents and sister arrived. “They were hugging me, and kissing me,” said Mr. Leuci. “The sister kissed my hand.” Officer Leuci was not sure why; Mr. Leuci still isn’t. The next day, in Bronx Juvenile Court, a guidance counselor from the boy’s school confronted Mr. Leuci and provided something of an answer. As he recalls, “She was this great big woman. I thought I really had it coming. But she says, ‘Why didn’t you kill the little bastard? He’s nothing but trouble.’ So now I’m defending him.”

Mr. Leuci’s father, James, was on hand at the court. Leuci fils asked Leuci père, a labor union official, to find a job for the kid.

“After all that, I swore I’d never use my gun unless I felt my life was in danger,” said Mr. Leuci. “Several times, that decision almost got me killed.”

In his home today, “I have the kind of guns you’d have as tools for living in the country.” Not long ago, for instance, he picked up a rifle and took aim a rat as it was invading a bird feeder. “But I don’t even like killing varmints anymore.”

Handguns, he said, are made for shooting and killing people. Period. And except for a soldier, he maintained, nobody needs America’s top-selling weapon and the mass murder’s instrument of choice—the AR-15 semiautomatic assault rifle, capable of firing off .243-caliber bullets at the rate of forty-five per minute.

Mr. Leuci, no more than Doctor Orlowski, can explain a violent social pathology endemic to the U.S. He is left wondering, “There’s something about a gun, and men, and America—“

As I write, news breaks of guns and men. A huge, block-letter headline flashes across the screen of my computer: MALL MASSACRE, AT LEAST 39 SLAUGHTERED. The report is accompanied by a photograph of a shopping mall that looks like any shopping plaza anywhere in suburban America, with a similarly bland commercial name, in English: the Westgate Mall.

I read the first paragraph of a developing story. One of the sparse details gives me a measure of relief, for which I feel immediate guilt: this massacre is not American. This time, it’s happening in Nairobi, Kenya.