Kolumne: John Harvey: In a Mellotone (6)

Ever since I started writing with any degree of seriousness, or even a little before, I’ve been fascinated by interviews with writers about their work – hence the pile of „Paris Review“ single issues and anthologies ever-growing on the shelf. In a few cases, not many, this has spilled over into an interest in their wider lives – biographies, collections of letters, diaries – F. Scott Fitzgerald, D. H. Lawrence, Arnold Bennett, Virginia Woolf. But, although Hemingway was one of those writers I began reading in my late teens and have continued to do so ever since, I had read very little – „A Moveable Feast“, his account of the years in Paris, aside – about his life. Not that I was totally lacking in interest, rather I’d presumed the life – the most interesting parts, at least – were there in the work, barely disguised. And, of course, the myth of the man – the macho big game hunter who ended his own life at the end of a shotgun – loomed so large it seemed to rule out the necessity for anything else. 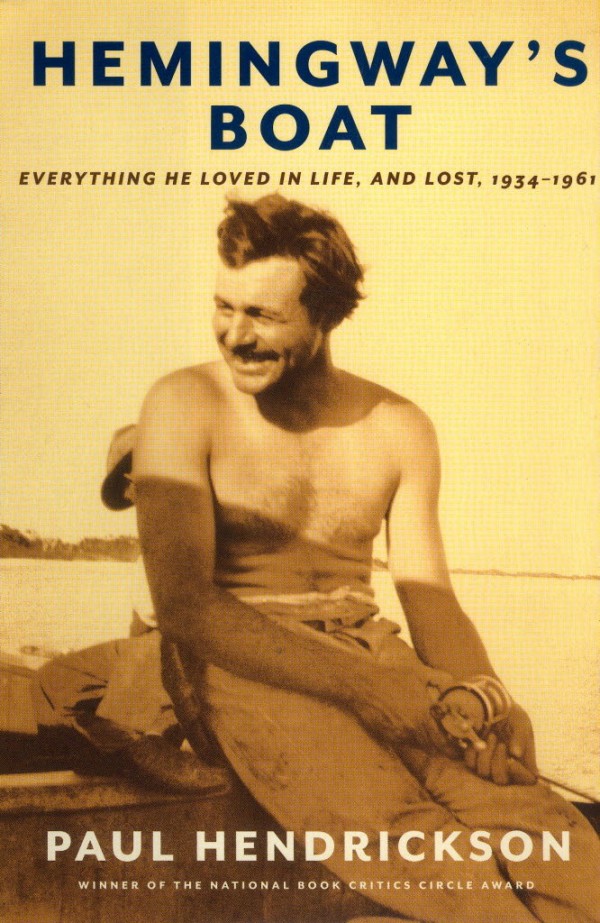 But then I began to hear good things about a book called „Hemingway’s Boat“ by a former journalist, Paul Hendrickson, who had spent twenty years or more with the Washington Post. Friends whose judgement I trusted – and who were no neophytes when it came to Hemingway – told me what a terrific book it was. And yet … and yet I still hesitated. Some 500-plus pages about a boat?

Except, as I discovered when I finally got around to reading it on a recent holiday in Cornwall, it isn’t really about the boat at all. The sub-title tells it more accurately – „Everything He Loved in Life, and Lost, 1934-1961“. And, in truth, he loved a great deal, often in ways that must have been difficult to withstand, and lost almost everything, including, desperately, agonisingly, his true talent as a writer, the thing that had kept him most afloat.

What Hendrickson does brilliantly – it is a beautifully written, brilliantly crafted book – is to use Hemingway’s undoubted passion for the Pilar – the boat’s name – as a structuring device on which to thread the story – the stories – of Hemingway’s relationships – powerful and all too often powerfully destructive – with those close to him, his wives and sons – especially the sons –  but also those whose contact with him was of a different order: Arnold Samuelson, the aspiring writer who hitched hundreds of miles to present himself at Hemingway’s door and found himself, surprisingly, taken under his wing, and Walter Houk, whose own story is one of the saddest yet most admirable of all.

I hope I’ve made it clear how much I loved this book, from grudgingly setting it aside at night, to the prospect of reopening it with my first cup of coffee the following morning.  It’s led me to begin reading other accounts of Hemingway’s life – currently „How it Was“, by Mary Welsh Hemingway, the last of his wives – and to order second-hand copies of Hendrickson’s earlier books, including one about the life and work of New Deal photographer, Marion Post Wolcott.