Essay: Joe R. Lansdale: Why My East Texas Neighbors are Voting for Trump

Why My East Texas Neighbors are Voting for Trump

It’s not because they’re stupid rednecks. 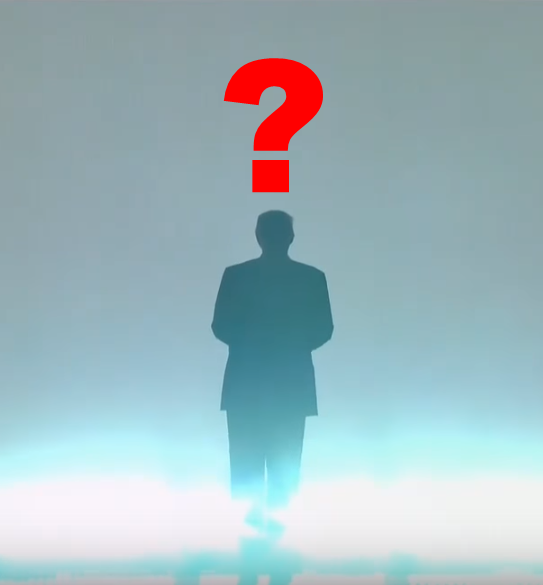 Voting for Trump is about being part of a large reality show. Really.

The general view of the non-Trump supporter is that those who have chosen to vote for him are rednecks with 12 teeth, six of them in their coat pocket, and it’s possible those teeth might be on loan from someone else. The majority of these Trump supporters are listed primarily as White Uneducated Voters, which is code for “stupid redneck.” The kind of folks who kept their first grade report card because they’re proud of the D they made in conduct. (I made a C.)

However, I know a large number of people who make good money, are well-educated, appear to have a dental plan, and yet, they too are voting for Trump. To me this is as baffling as trigonometry, which until recently I thought had to do with Roy Rogers’ horse.

Thing is, the support of Trump in Texas — and I speak specifically of my region, East Texas — goes beyond the smart and the not so smart, the educated and the uneducated. It is more a result of what I like to call the happily stupid; the ones who hold stupid views by choice, not due to lack of intelligence, but due to a kind of tribalism. Facts that interfere with their version of the world are there to be ignored. It’s like putting a hat on a pig and insisting the porker is your Uncle Frank, contrary to all other evidence.

Trump has provided a dark, dank hole into which these folks can dump whatever it is they’re mad about. Even contradictory views, since Trump frequently changes viewpoint in midsentence, can happily nest there, swelling and breeding like poison fungus.

Most of what Trump is selling shouldn’t convince a distracted 12-year-old, and certainly it’s hard to see how a conniving real estate tycoon represents the average person, but those are the people he has made the greatest inroads with. It certainly isn’t due to his sterling personality. He always seems like the mean little boy whose last fun moment was beating his pet hamster to death with a chair leg.

He has said horrible things about women, people who are overweight (no mirrors at his house?), folks with disabilities, LGBT folks, POWs, Hispanics, African Americans, and the Muslim parents of a decorated soldier who died in defense of his country. He may as well have insulted ice cream and apple pie. He is a tax dodger, and has somehow tried to spin his financial losses and abuse of the system into proof that he’s a genius because he knows how to game the system. He has a false charity, a false university, and, due to his concern about the size of his sex organ, may well be filling his pants with a stuffed sock.

He always seems like the mean little boy whose last fun moment was beating his pet hamster to death with a chair leg.

But his supporters don’t care what he says or does. Trump could have unhealthy relations with a dying donkey on the White House lawn and they would see it as him being refreshingly politically incorrect, and isn’t there a chance that donkey could have illegally crossed the border from Mexico and got what it deserved?

They have decided to hear what they want to hear and dismiss the rest. But this isn’t as new as some suggest. What appeals to the Trump supporter is what has long appealed to the Republican Party. Before, it was thinly concealed, like a cheap coat of whitewash over bathroom graffiti. No longer. Now we know for certain what’s written on the wall, and what has been going on in the basement.

Trump is the Frankenstein monster Republicans have been tinkering with all these years, and now It’s Alive! and running amok. Seems to me, the only thing left now is for Trump to divorce his current wife and marry the proper Bride of Frankenstein, Ann Coulter. That way, if he wins the Republicans will have their perfect first lady.

The idea that Yankees and liberal opinions are destroying the South, and in this case Texas, has long been at the core of conservative politics, for as William Faulkner once said, “The past is never dead. It’s not even the past.” For many, the Civil War might as well have been yesterday.

Republicans since the ’60s have run elections on hatred of the outsider, imagined hordes of freeloaders, or merely those who are different, working up fears of roving gangs of negro youth prowling the streets in search of mischief, along with invading Mexicans who want nothing more than to drive drunk and unlicensed and run over innocent white children. Another fear that seems rampant is women wanting to have a say over their own reproductive organs, and you might as well throw in negativity toward transgender folks who would like to use public restrooms: Hard-shell Republicans prefer they go pee-less.

It’s a jungle out there. At least, to hear the Republicans tell it. But what it’s really about, in earthier conservative circles, is a chance for people to feel important, to think they are standing on the lines of freedom, fighting back the zombie hordes. What drives these folks is fear; but for many, it’s a delicious fear.

It’s a chance for the bored and disappointed to play army, a way to justify having tons of guns and ammunition. They feel that if not for their vigilance, dead-eye aim, and concealment due to camouflaged pants and a Duck Dynasty cap, we would be standing on the edge of a precipice looking into the bowels of hell.

Guns have replaced the previous religion of Texas, which was football, and Trump is the high priest. Fear sells, and it stimulates.

This view, well sold to many, has contributed mightily to the current rabid gun culture. People I know, this is all they talk about: stopping power, how far you can sight a target, and having a stock sturdy enough to crack a skull at close quarters when you run out of about a zillion bullets.

Guns are a symbol of fear, but they are also a symbol of power, a way for the everyday person to feel important and potent, to be a participant in the great game show of life. Guns have replaced the previous religion of Texas, which was football, and Trump is the high priest. Fear sells, and it stimulates. Trump and his cronies constantly tell us, without actual facts, how bad crime is and how evil all foreigners are — especially if they dress funny — and they repeat over and over the false information that the economy is on the verge of collapse and you better build that bunker and stock up, because if you don’t, all you’ll have for protection from the certain rise of crazed liberals is harsh language.

This is a world so many conservative Republicans feel they can control. A frightened world. A world where the happily stupid, bless their little hearts, can thrive within their own fear-based mythology. A place where those with and without teeth, with and without educations, will happily pull the lever for the Great Pumpkin come Election Day.

Joe R. Lansdale is the author of more than 40 novels and 300 short pieces of fiction and nonfiction. He is Writer in Residence at Stephen F. Austin State University.This text first appeared in the Texas Observer. We say „thanks“ all around.