What we forget may play as large a role in our lives as what we remember. Nick Bostrom’s Superintelligence, Paths, Dangers and Strategies (2014) outlines the cognitive limitations of the human brain. Paying attention to our brain’s capacity to remember, how it remembers, the speed of remembering, and the capacity limits of memory is useful in placing amnesia into context.

We can’t understand how and what we forget without understanding something about the architecture of the brain where our memories are stored. This is summary drawn from Bostrom’s Superintelligence:

The speed of at which our brain makes calculations—what Bostrom’s calls computational speed of our biological neurons—is painfully slow. As it is natural to us, it doesn’t seem slow. But when we compare that with reading this essay on a computer housing a microprocessor operating at 2 GHz, our brain (and everyone else) plods along at 200 Hz. Our computational brain operates seven orders of magnitude slower than a computer than costs less than a thousand dollars.

The other slow lane where we find the operational limitations of the brain is the speed of axons communications within the brain. We limp along at 120 m/s while an electronic processing core communicates at 300,000,000 m/s. Our brain’s incredibly limited communication speed means we are way out of our league on the electronic expressway. This is the slow lane speed at which we take processing our information. If you owned a computer that operated at this slow speed, you’d return to the shop and demand your money back. We don’t have that option.

All the computation in the brain occurs inside slightly less than 100 billion neurons. Whether you are the village idiot or Einstein you have roughly the same number of neurons. Forget, for the moment, all of the hype about cognitive enhancements; no matter what you do to enhance the speed of a horse it will never win a Formula One race.

The brain not only makes calculation and processes data input from the outside world; it also has a storage capability. Unfortunately for us, this capacity is as limited as our computational and communication operating speeds. Bostrom observes our brains hold between 4 and 5 chunks of information in memory as working memory at any given time. Long-term memory is also limited but as Bostrom notes it is unclear whether we use it up during a normal lifetime due to the slowness of processing information. The accumulation of information is slow, subject to errors, miscalculations, and mistake for a number of reasons including old of date cultural filters, multiple biases, chemicals, drugs, alcohol, and propaganda. Our brain memory storage capacity is at the level of a moderately priced smartphone.

Amnesia is used to describe deficits in memory resulting from brain damage, disease or psychological trauma. The loss of memory can be either loss of short-term or long-term memory. An unfortunate suffers from the loss of both. The causes can be biological as the case with brain structure irregularities or chemical protein processing. While the medical side of amnesia is of great interest, there is a cultural component of amnesia that is less well understood and discussed. It may be the function of culture is to create amnesia among a population, creating a system of short and long-term memories that have a degree of uniformity, consistency, and plausibility. 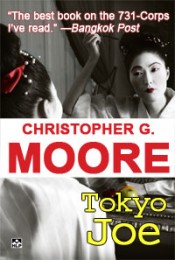 The educational system in most countries is the primary delivery system. Students are taught to ‘forget’ or ‘ignore’ contrary information. Students are rewarded with high marks when they demonstrate they recall specific information on their examination. The examinations are designed to test their memory and understanding of historical, cultural, and normative information. In Tokyo Joe, one my early novels, the plot revolved around the Ministry of Education in Japan seeking to erase from public memory the role of the 731-Corp during World War II. That unit in the Imperial Japanese army, while based in China, carried out biological research including subjecting them to disease on prisoners of war. Recently in Thailand, a former prime minister’s name was eliminated from school history books.

In an authoritarian system the teacher’s role is a conduit to transfer knowledge and information to students, and the students’ role is the passive receiver. The process is memory formulation based on the orthodox cultural narrative. Not even the slightest variation from the narrative is sanctioned. The student who challenges the teacher’s conventional story may expect to receive severe punishment. In such a system, amnesia is the goal. The schools aren’t the only actors in memory formulation or manipulation. The media, government, civil service, courts and other officials work to reinforce the cultural message taught in the schools. This social modeling gives ‘culture’ the seamless feeling by instilling a shared set of social signaling and preference. When a small gap opens, it is quickly shut down or isolated from the mainstream.

The problem in the post-digital school system is that teachers find themselves in competition with other information sources. Social media along with the search functions on the Internet allow for leakage into the state authorized information system disrupting the social and political modeling and design matrix . Outsiders, in other words, are tampering with the collective cultural memories of their citizens. The reaction is fairly predictable from criminalization of expression, to censoring websites, and consolidating forces to fight against unwanted memories from being spread in the population.

In Thailand following the May 22nd coup, the military government has sought to implement techniques and training—including the so-called ‘attitude adjustment’—with the purpose of erasing specific memories, altering other memories, and redesigning memories.  Such a goal requires the official monitoring and control.  Such a course of action is not surprising. Traditionally cultural authorities under the watchful eye of governments and religious authorities have established and updated the mental content of people under their jurisdiction as if education and normative social values were a proprietary operating system, self-contained with only authorized by approved social engineers. In a closed system, whether software programming or cultural programming, what is created is deemed propriety—it is owned by the State, which uses laws, propaganda, education and media to exclude others from the process. By contrast, in an Open Programming Model, an innovation of the digital age, hundreds or thousands of ad hoc individuals are encouraged to improve, revise, amend and alter the original program. Cultural authorities and governments that strictly control the kind of attitudes, values, wish to appoint their own trusted engineers to ensure the ‘right’ thinking processes remains pure.

Access to information is not open-ended. Controlling memories about past events, personalities, successes and victories form a core collective memory shared by citizens. A political culture seeks to establish a commonality of interest and purpose among people. It may be self-serving for a powerful elite who benefit from manipulation of collective memory or it may allow the authorities a basis to call upon citizens to sacrifice to the larger good.

Amnesia, in this cultural sense, is programmed by political forces on behalf of governing institutions. These institutions depend for their legitimacy on how people they govern remember, forget, access, acquire and store information in their memory. In all social, cultural and political systems people are taught to submit to the unwritten understanding that their memory isn’t exclusively theirs to develop. They learn to submit or yield to the cultural imperatives of the memory palace of their country. Freedom, as developed in the West, has been a fight to bring the right of debate, challenge and consent to balance the calls for submission. The Internet has accelerated the idea that consent should prevail over the absolute power to force submission. No democratic system can exclude ‘consent’ of the people. No authoritarian system can rely on submission and repression to bring stability.

Waking up happens when significant numbers of people discover the amnesia induced by their culture is not from nature. Memories instilled from the official cultural channels are man-made, produced, distributed, and monitored for the benefit of the system. Once that insight is glimpsed the cultural memories become unstable and the authorities, in Thailand and many other places, have doubled-up on their attempts to gain control of what information is stored, rewarded, prized, prohibited and criminalized.

Around the world from the Middle-East to Africa and Asia, the collective amnesia is wearing off. People are waking up. You see them being reborn on social media. They discover their memories were products of submission and not choice, that what they recall are memories of others. The massive impact of this awakening is playing out inside millions of lives, and no one can predict what new processes of remembering will take their place.

Nor can we predict how our cognitive capacity may change over time, or how it may be marginalized with a superintelligent AI. Bostrom’s Superintelligence may be the most profoundly disturbing book you will read. In the world ahead, our grandchildren and great-grandchildren may look back to our time of repressive governmental regimes filling our memories with nonsense and conclude that at least in our lives, compared to their own under the control of an AI superintelligent entity, we stood had a fighting chance to gain choice in modeling the content of our memories and thoughts. Perhaps only then will we have looking back understood the true meaning of freedom.