“Silence is the ultimate weapon of power.”
―Charles de Gaulle

There are two silences that concern me and should concern you.

“You have a right to remain silent.”

What usually follows is: “Whatever you say may be used against you in a court of law.”

This right to be silent is enshrined in the 5th Amendment of US constitution. Like many constitutional rights the right to remain silent has been chipped away, sculptured into an object that continues to have similar traits but is a different species. In principle, the right to stand your ground against the vast power of an oppressive state is a symbol against tyranny. 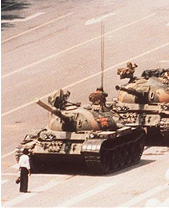 The right to remain silent when questioned by the State is a radical right. The right is your shield against forced incrimination. It is why torture and beating are so repulsive and threatening. In the face of overwhelming power, all citizens, even those we despise and hate, need protection against authority. One man can stop a column of tanks through sheer defiance. But how long can he stand before being run over? It’s for our own sake that we protect our right to silence. To exempt one is to exempt everyone. The onus is on the authorities to make a case of wrong doing without torturing the suspect into a confession.

But confessions are popular in many places. Confessions have an enormous advantage—they shortcut the tedium of dead end investigations, paperwork, false leads and trails, and looking for incriminating evidence and witnesses.

The second category of silence is connected to the truth. Freedom of expression is the truth telling process. Of all the amendments to the American constitution, this is the number one right of a citizen. As George Orwell wrote, “In a time of deceit telling the truth is a revolutionary act.” He also wrote, “Political language is designed to make lies sound truthful and murder respectable, and to give an appearance of solidity to pure wind.”

Silence is not just a right. It is a condition that can be imposed. Silence can be commanded on political grounds. In this case, not remaining silent becomes a crime. It can be seen as a provocation to those in authority. Speaking and non-speaking in tyranny must pass the test of loyalty. There is no other feature in such a system by which silence can be judged.

Silence is one purpose of repression as it mutes critics, those with the awkward questions, those who wish someone to explain a contradiction, a paradox for which there is no good answer. Silence never embarrasses authority; it comforts them.

How to illustrate or describe silence in words is difficult. The act of writing breaks the silence. This state of being quiet is both an internal mental process we aren’t privileged to witness in others, and an external signal of the silent process. When I am silent, you may guess that something is going on inside my mind, but it remains a guess until I reveal my thoughts.

I can illustrate silence by describing an exterior event. An empty dinning room table with a woman reading. A bedroom with an elderly man staring at the ceiling as death approaches. A crime scene with yellow tape draped across a doorway, with a woman with blood on her blouse, staring into space. Silence envelopes each, expressing a different range of possibilities as to why words are absent.

There is another kind of silence that writers throughout the ages have faced. Not a tyrant seeking to incriminate the writer for a crime he didn’t commit, but the tyrant who uses power to stop a writer from voicing criticism, challenging dogma, pointing out errors, mistakes, flaws and deceit. Silence in this case is the tyrant’s friend and ally. The weight of occupation is the enforced silence the occupiers impose. Like torture or beatings, the command to shut up and obey causes suffering.

Silence in the interrogation room is prohibited. But silence inside the marketplace of ideas may be required. Power has this contradictory relationship with silence. You have to say the State’s position on silence depends on the context.

Writers such as George Orwell have been curious about the meaning of silence. Most people are not by nature silent. In a silent room, look for the censor. Ask him the score. He won’t be able to tell you more than I’ve told you: either remain silent or join in praise of the leader. “You see,” he says, “we give the same choice to all people. The good people and the bad people are known by their choice.”

We have a natural impulse to explain, to discuss, to debate, to test, challenge and contest theories, beliefs and principles. But in a time of repression, the spontaneous discussions grind to a dead halt. It is a time for thinking, in silence. 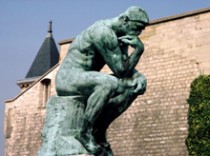 You have a choice. You can be defined by the censor’s choice or you step forward in front of a tank. Until this week, I never emotionally felt how brave that man was. How he gives me hope in a world where words bend to the iron will and tanks of rulers. That is our history. What our ancestors experienced. They understood the lesson repeated generation after generation, that to break the official silence is a crime. The truth card won’t get you out of jail, and it may well be your one-way ticket to a prison cell.

Here are some thoughts from writers about the nature of silence, truth and censorship.

“It’s a beautiful thing, the destruction of words.”
―George Orwell, 1984

“When truth is replaced by silence, the silence is a lie.”
―Yevgeny Yevtushenko

“I said nothing for a time, just ran my fingertips along the edge of the human-shaped emptiness that had been left inside me.”
―Haruki Murakami, Blind Willow, Sleeping Woman

“Silence is the ultimate weapon of power.”
―Charles de Gaulle