Psychology, economic, law and mathematics have interesting perspectives on the dynamics between two or more people who must decide to co-operate or betray the other person to minimize punishment.

Here’s an example of how the Prisoners Dilemma works. Two suspects, Larry and Carl are arrested after a warehouse break in. The circumstantial evidence indicates they were the guilty party. Circumstantial evidence may be insufficient convict, and if both of the suspects co-operate and say nothing to the police, they will both walk free. Experienced criminals know the, but not all suspects are experienced and they are anxious and afraid and the good cop/bad cop can do wonders to convince one to defect and incriminate the other person.

Larry is told that if he co-operates by testifying against his partner, Carl, then Larry will walk out free and Carl will get three years. They also tell Larry that Carl has been offered the same deal, so don’t wait too long or it will be you serving the three year stretch while Carl is out spending the proceeds of the warehouse heist. 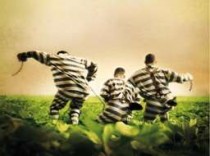 Does Larry trust Carl enough for him to call the bluff? Or does Larry think that Carl is weak, selfish and likely to crack, thinking that Larry will take the deal and screw him?

Both are better off co-operating. Game Theory is based on the premise that you are better off betraying your partner and escaping the penalty you’d receive if you let him betray you first.

The Prisoner Dilemma is a dilemma for a good reason—it demonstrates the relationship between the duality of our mental processing. We are at once both rational and irrational actors. At any given moment, the scale tips toward one or the other of these two natures.

If both people are totally rationale, they co-operate in that way they are both better off. As we know, the irrational mind is filled with anxiety, fear or worry that the other person won’t act in a rational way.

The researchers thought the prisoners would be more cynical, hardcore and less likely to co-operate. The result surprised them. The results were in three categories: simultaneous game, pair basis, and sequential game. 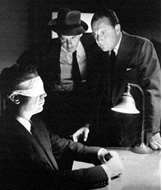 In the simultaneous game, the women prisoners co-operated 56% of the time while the students came in second at 37% in cooperation. In the pair basis category, the actual prisoners had the best outcome and co-operated 30%, compared to just 13% among the students. For sequential games, way more students co-operated (63%).

The telling test is the simultaneous game, which is based on blind trust. The suspects have no precedent to go by. The conclusion reached in the experiment is the actual behavior of people fails to correspond with the prediction made by the Nash Equilibrium—that says it is rational to defect, though it has been noted that Nash (The Beautiful Mind was the film based on his life) was paranoid at the time he came up with the Nash Equilibrium.

There are criticisms of the experiment. First, the actual prisoners after the game ends must go back to a prison environment and if they’ve betrayed another even in a game that might offer nasty blow-back once the experiment was over and the prisoners returned to the prison population. Also, those who come from a crime sub-culture have the ethos of co-operating against the ‘system’ or the ‘cops’ and close ranks when outsiders ask them to betray one of their own.

Other factors might be at play. Cultural attitudes about co-operation are important in Asia. Could it be the outcome of the Prisoners Dilemma turns, at least in part, on underlying cultural attitudes? This expands the inquiry into the ethnicity, culture, language, gender and class of the prisoners and of the interrogator. One should not assume that all three parties will share the same set of cultural attitudes.

Beyond culture is the environment of the experiment. In other words, the setting of the interrogation is another factor that has potential importance in the outcome. Suspects held at a police station are in a different situation than suspects held inside military prisons or safe houses where water-boarding, torture or other enhanced interrogation methods are employed. 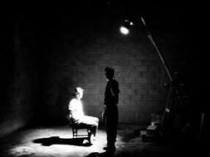 Would two Japanese criminals be more likely co-operate if the interrogator was an English, Canadian or American cop? Or if one of the criminals was Chinese and the other Thai, and the Americans interrogated the two men about Golden Triangle activities, would they co-operate or defect? Would it matter if the interrogator was a woman of Norwegian ancestry and the suspects Asian men? If the suspects are a mother and daughter, does this relationship make it more or less likely one will defect? Generational difference between the suspects may be another factor that influences the suspects’ decision.

The point is how we go about how two prisoners placed in different rooms and under great stress reach a consensus as to the best course of action is clouded by criminal mentality, cultural norms, gender, prior relationship (and ongoing relationship) between the parties (and their families).

How we calculate our self-interest is rooted in what our culture teaches us about the self, the individual, and the community

Thomas Adcock: The next Trump