Your mother, Susan, who is a long-time reader of my books, asked me to suggest a reading list for your 16th birthday. What books would I recommend for a 16-year-old? Every author and reader would suggest a different list of authors and titles. Choices such as these will be contentious. No list is ever complete. What I’ve recommended are a dozen authors as your son’s first steps of the long-term journey into the world of creativity and imagination. 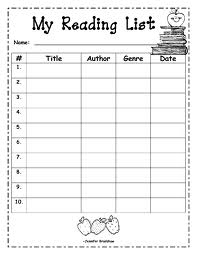 Some authors combine ideas or thoughts with creativity to create works of pure imagination. Other authors draw upon their experiences processed through a vivid, compelling imagination to create art. Others still like Orwell found political ideology and expatriate life the source for his imagination to take hold.

I’ve included a number of expatriate authors who have found that life inside another culture has given them a creative space for their imaginations to take flight. I pass along a list of recommended authors and titles with a warning: any attempt to create categories is a risky and dangerous business. The dangers have much in common with the idea of considering books according to genre. In that ghetto, books are confined to categories, for example, literary, crime, science fiction or historical.

In reality, works of genius transcend literary categories. As you can see from my recommended list, Orwell and Miller are found under more than one category—illustrating my point that genius refuses to be pigeonholed.

My categories, in other words, are broad guidelines, and aren’t to be taken too seriously. They are rough signposts and signal my own personal taste and development as a writer. When I was 16 years old, I would have liked a nudge as what to read during my teens. You will no doubt find your own favorite authors and books along the way. Read them, too. Avoid, if you can, the latest fashion or trend. Books come and go. Only a few have the staying power to be read by another generation.

The works below have such staying power. The list isn’t meant to be definitive. The list is a start; not the end. It is also eccentric and personal reflecting to my own biases, interests, values, and experience. Given that limitation, over the next year of your life, you might set aside time for reading each of them. Each of the works, deserves to be read at 16-years-old, and again at 26-years-old. Read them and reread them as you grow older and through this process, you may discover ideas, images, thoughts and visions that you missed in the earlier readings. And you will discover new things about yourself that life has bestowed.

If I had read them in the sweathouse of my youth, I can only wonder what impact that might have had on my life. As a birthday present, I send this list with the hope that your life long pursuit of books will benefit from this early start.

Jorge Luis Borges: The circle of Ruins, The Immortals, and The Library of Babel
Jose Saramago: Blindness, The Year of the Death of Ricardo Reis
Isaac Asimov: The Foundation Series

Louis-Ferdinand Celine: Journey to the End of Night
Henry Miller: Tropic of Cancer
George Orwell: Down and Out in Paris
Alice Munro: Runaway

Diese Kolumne erschien am 16. Mai auf unserer Partnerseite.
Christopher’s latest Vincent Calvino novel, 13th in the series, is titled Missing in Rangoon and is available as an ebook on Kindle.