Richard Stark a.k.a. Donald Westlake started a series only after his editor convinced him to change the ending of the first novel. In the original ending, Parker was killed.

Apparently, so the story goes, Westlake’s editor changed literary history and crime fiction hasn’t ever been quite the same since that first novel was published. Parker changed the face of crime fiction for many readers and authors who later came down the line.

Parker is a professional thief. Thug. Gangster. A killer. You get a glimpse of each persona as you read the series. Crime is his business, it is how he supports himself. He doesn’t have friends. He has associates he works with on a specific job. He lives outside of society. And he’s forever planning where to leave a stash of money, and finding that his money is running low and it is time to return to plan a job. In the early books, Parker lives alone but he doesn’t work alone. His women often come to a violent end. He carefully hand picks members of a team for each job. 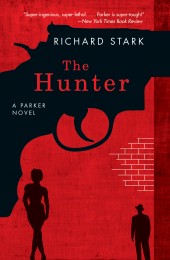 In each of the 24 novels in the series, Parker goes through a process of selecting the members for his team, matching their skills to the demands of a particular heist. He runs the team like a military commando unit officer. A job sometimes is brought to him by an insider, and this stranger, a non-professional—his head dancing with riches—finds his way to Parker. He or she is usually a small time non-professional motivated by greed and handicapped by an overweening ego. Most of these heists go sour. Violence follows.

Parker has had conflicts with organized crime members and bosses who have tried to cheat him out of owed because he was a ‘little’ unconnected guy. Big mistake. They underestimated Parker, his determination, a kind of post-human persistence in a mission, and the lack of fear in pursuing his goal.

I like Parker. Sometimes I’d like to be more like Parker. I suspect that Parker makes lots of people wish also they could live without ever feeling a cold steel blade of fear touching the back of their neck. There is something compelling about his absence of fear in situations where the vast majority of people would be pale, speechless, paralyzed. Not Parker. But I’ve been asking myself lately whether Parker’s lack of fear should cause us to feel revulsion. Here’s the case against liking Parker. After you’ve read a half-dozen of the Parker novels there is a pattern of reality that fits into the category of pocketbook fascism.

Parker is a deliberate, calculating, logical, analytical planner. He’s not snatching gold chains or mugging old ladies on security check days. Parker thinks big. The heist he chooses share a common link—they present large risk of failure but a corresponding large payoff if successful. Parker carefully chooses his team for their experience, competence, and trustworthiness. He’s often worked with them before on prior heists. 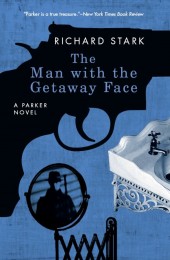 But Parker can’t always control new members—often the insider who brings the idea to Parker—and all the planning can come undone when an incompetent, cheating, and lying member of the team threatens the operational goal or the dividing up of the loot after a heist.

Parker has no sentimentality. When some double-crosses him, he has no hesitation to kill them. Not out of hatred or anger, but out of a violation of his conduct for doing business. Never double-cross Parker. It is a line drawn in the sand. His regular team members understand the code. For those who violate it, there is no learning curve for the next job. There is no next job. They are dead.

Killing people is Parker’s way of controlling destiny, punishing those who are disloyal. Fascists show no emotion in erecting kill paths and demand absolute, unqualified loyalty. You find a similar mindset in men like Rumsfeld, Cheney, and McNamara. Violence and body count is their way of exerting authority and control. Violence shows who is the man, who deserves respect, and who must yield. Violence and intimidation flash the signal—you are either for us or against us, and either way we aren’t afraid to take the fight to you. There is no neutral ground.

Removing the emotion of fear in a mindset produces a powerful, relentless and brutal force that becomes an object of fear and hatred for others. And where the person who uses deliberate violence lacks fear, such a person unbounded by fear becomes an existential threat. This is doubly troubling—we admire Parker’s qualities, but find ourselves uneasy that absence of compassion and empathy rob him of his humanity.

Parker is a deliberation machine dedicated to planning successful criminal ventures. Instead of blood, he has sequence algorithms running through his veins. Parker is anti-hero who never suffers from doubt. 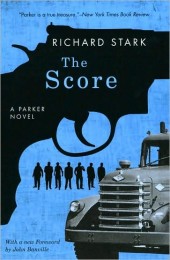 Parker’s game depends on detailed planning and ruthless execution of plans and loyal team members define his personality. The emotional side of Parker is held in check—or it may be non-existent. Parker never has sex when in the planning stage of a heist. Sex, friendship, drinking, fun are all distractions and they are sidelined until the crime is committed. Then Parker, off screen—as the novel has ended—spends the next six months spending the money before finding a new heist.

Parker might fit into a CEO position to run a Forbes top 100 company, a Wall Street investment banker, or slip into high level government position—though most of these people would be hard pressed to remove sex and fun from their lives to achieve their mission.

Parker sees emotions as an enemy of forward planning. They are a distraction, a nuisance, and can get a man killed. Parker, as a survivor, spends a great deal of time planning the details of the heist, assigns the specific jobs to members of the team, and gathers the materials and resources, scouts the location, looks for getaway cars, untraceable guns, hideouts, and alternative exits. He’s thorough, cold, calculated and when the plans hit the unpredictable forces of reality and fall apart; he is quick to find ways to shore up the broken scaffolding. It is Parker’s steadfastness, his belief in keeping promises, and his workarounds when plans come unstuck, that are part of his appeal.

Parker is a man who can control and overcome his emotions. Secretly many of us wish we had this ability. As we don’t, Parker gives us the vicarious thrill of inhabiting a character that is a sociopath. When we enter Parker’s mindset, the feeling evokes a sense of admiration and power and we can forget that Parker’s cognitive abilities are dangerous and deviant. 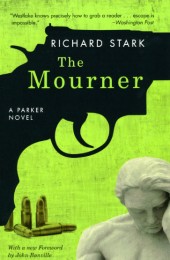 The heart of the Parker novels is his ability to meet the challenges of the uncertain, unpredictable world of crime where all planners must face the reality the plan isn’t working, the outcome is in doubt, and an inventive alternative plan must be created on the spot. Otherwise Parker gets arrested. Or he is killed.

Back to the Parker persona as an example of fascism, he employs whatever means, including violence, to achieve his goal. Nothing or no one who signs on can expect mercy if they fall short of Parker’s expectations. Parker’s heart never does anything other than pumping blood. It’s never soft. Until he gets his money, nothing short of death will stop Parker from coming after someone who has cheated him. He kills not out of hate. He kills people without feeling. Killings are simply part of his job. Plans don’t call for a murder, but circumstances may make it necessary for the plan to succeed. This is the way Parker thinks; how he perceives the world. Parker is like a drone, hovering for hours in the air, observing, calculating, seeking his best shot for a direct hit. Collateral damage is unfortunate. Planners have bigger fish to fry. The little ones blown out of the water is just one of those things that happens on the way from the kitchen to the dinning room table.

Parker is a man of deliberate violence. He has a steel rod for a spine. A man who hasn’t shared a beer with a man named regret. Parker represents that most human urge for control over others and reality. Like good poker player, Parker figures the odds of his hand, looks at the cards on the table, the other players seated around him and makes a calculated gamble. If someone is cheating, they’re dead. Parker plays for keeps. There is no fun in the winning or losing. Getting the job done, the money, getting out and back to a good hotel, somewhere warm, in his swimming trunks, a drink in hand, he finally looks at a woman and decides it is time. The 24 Parker novels continue to sell, and 8 Hollywood films have been made from the books. It seems the original editor had a scent of something special about a Parker series. 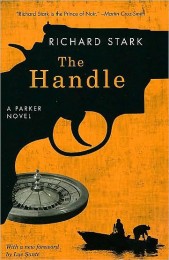 Richard Stark a.k.a. Don Westlake had the right instinct when he wrote the first Parker novel. Kill off this guy. Parker’s death would be applauded by the reader who’d spent hours with inside his head. But Richard Stark’s editor saw the opportunity for a series and that required keeping Parker alive. Economically, politically and socially the decision-makers elect, like Richard Stark’s editor, decide to hire and keep Parker alive. They think having a Parker running things is useful. Such a planner can be relied on to ensure the outcome happens. They also think such a man (or woman) can be kept on a short leash. But a man who knows no fear can never be controlled. He takes control, and when that happens, what comes next?

Read a newspaper, watch the news on TV, walk down your street, look around you and you find that you are living in a world where Parker has become the model of success  It’s too late to kill Parker off. He’s on automatic pilot. And he’s in your future for years to come.

Der Text erschien am 21.02. auf Christophers Blog.
Christopher’s latest Vincent Calvino novel, 13th in the series, is titled Missing in Rangoon and is available as an ebook on Kindle.