Anger and the medical solution

As a crime fiction writer, anger is an emotion that figures into the emotions of the characters in a narrative where people are threatened, intimidated, disrespected, frustrated, or their worldview/belief system is attacked or challenged. 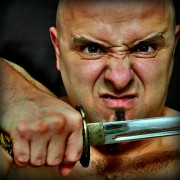 Anger is on the A-list of negative emotions. If anger were an actor, he would never be out of work. Drama is basically what authors and film directors use to keep the audience on the edge of their seat. When someone goes postal with anger, people pay attention. It is hard to take your eyes off someone who is truly angry. Volatility in stock markets may cause an unsettling experience, but when the personal volatility closes in, the situation becomes tense and fraught with danger.

Years ago when I rode along as a civilian observer with members of the NYDP in the 1980s. That New York is long gone. My memory of that time is connected with a particular kind of anger. The one job the police hated was call to investigate a domestic disturbance in some high-rise slum or bad neighborhood in Brooklyn. When they arrived, they found a couple, a husband and wife fueled by pills and booze and still screaming at each other. The same shrill, loud threats, the sound of glass being broken that caused their neighbors to phone for the police.

By the time the police arrived everyone is at an emotional, irrational peak. It is precisely at that point that is most dangerous—for the parties involved and for the cops who arrive to calm things down. I suspect police in most cultures equally fear an out-of-control, angry domestic situation.

The police hate domestic violence calls. And for good reason. When two people living together uncork, work themselves up into a highly unpredictable negative emotional state inside their own homes. They become temporarily insane. They are literally out of their minds. In this state, cops walk into a place where angry people know where the knives and guns are hidden. It is, after all, their home. Couples beating each other up don’t like outsiders coming into their lives. They want to inflict pain on each other. Cops get hurt in these domestic situations. That’s why they hate these calls.

Emotions come with up or down ratings. Joy, hope, love, generosity, and relief are positive emotions. But anger is a bad boy and hangs at the same saloon where you find alarm, panic, fear, sorrow, hate, and cruelty. That’s a tough crowd. Anger counts as his relatives some nasty first cousins: outrage, wrath, hostility, scorn, spite, vengefulness, resentment to name a few.

Physical assaults, maiming, beatings, and killing I would speculate have a heavy anger bias as the emotional state that prevailed at the moment of the crime. Add drugs and liquor and you can explain a fair amount of crime. “Criminologists estimate that alcohol or drug use by the attacker is behind 30 to 50 percent of violent crime, such as murder, sexual assault, and robbery.” 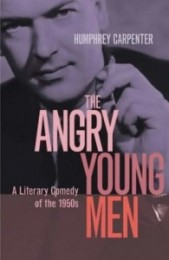 In the past, anger and angry people, were mainly contained by the police. One of the reasons that the violent death rate is historically (looking at large periods of time) low is the State became gradually much better devising institutions, which deterred, captured, punished violent anger. For a detailed analysis see Steven Pinker’s The Better Angels of Our Nature.

In England the statistics indicate that young males especially those visiting pubs should be carefully watched. That is to be expected we should expect from young men. What is more interesting are the statistics for those who have been either an offender or victim of violence.

No one is arguing that all emotions—positive and negative—are webbing that we process a lot of daily life. Anger, like fear, is a natural state. Living in close proximity only works if anger can be contained. The size of Bangkok—estimated to be as high as 12 million people—is a good illustration of a system that keeps down anger-fueled violence. And yes, there are news reports of someone going jai rawn and hacking up a relative or friend. It happens. But it is also relatively rare.

What has changed is the arsenal assembled against the anger emotion expressing itself. Anger has been undergoing a substantial taming process. In this case there are more than one lion tamer under the Big Tent—psychiatrists, scientists, chemists, neurologists, and Big Pharma. The old political/criminal justice system that worked together to build more prisons and to hand out much longer sentences has worked to curtail the anger/violence connection.

First, give anger a medical label. Give it over to the white coats that everyone admires and respects. Science and Big Pharama will solve the problem. This assumes that containing anger becomes the role of medicine in general and psychology specifically. By sending anger into the medical camp the solution is come up with a medical condition like Intermittent Explosive Disorder, one said to be “characterized by persistent, uncontrollable anger attacks not accounted for by other mental disorders.” Science Daily reported a study which found one out of 12 young people (in the USA)—close to six million adolescents” meet the criteria for IED. The emotion of anger another form of mental illness. It shouldn’t be crazy to feel anger; that is a normal emotion.

Second, scientists have split the emotion of anger apart like a particle shot at near the speed of light inside one of those huge accelerators but this time to discover not the secrets of the universe but the chemistry of anger. That is found in the mix of underlying hormones—low serotonin, high dopamine and high noradrenalin. With this knowledge, the next step is to test people for their hormone levels and medicated to adjust them. Research on the genetic elements that form patterns that shape the boundaries of temperament and personality are leading closer to a DNA explanation.

Third, there is a large and profitable anger pill industry. Google: “anger control medication” it comes up with more than 18 million pages. We live in a medical era of pharmaceutical designed emotional restructuring. The rush has been on to create a new class drugs to modify or subdue the behavior caused by effects negative emotions like anger. To achieve the perfect emotional state with drugs has opened up big opportunities for pharma industry. It has large political implications, too. The teenager becomes docile. Nothing bothers him or her. The drug takes away the emotional equipment to respond. Here’s some of the antipsychotic medication circulating in the marketplace: Risperdal, Haldol, Depakote

The size of net of angry people continues to expand. That Science Daily report also said, “Nearly two-thirds of U.S. adolescents have experienced anger attack that involved threatening violence, destroying property or engaging in violence toward others at some point in their lives.” Big Pharma product developers aren’t overlooking the size of this market.

There are significant problems arising out of first three point outlined. Bad Pharma by Ben Goldacre is a detailed examination of the crooked game played by all of the players in the medical establishment. From the industry paid researchers, scientists, and journals that use cherry picked data to show effectiveness to the culture of burying negative news. Most of the negative trials that show drugs don’t work, cause harm, or are no more effective than a placebo or any other drug currently on the market are buried. That’s right, negative studies go missing. The basic truth is there is no easy way to get good information over what medicine works, what psychological categories are accurate. Whether a drug company, government regulator or professional body, the outcomes are distorted, misleading and often wrong; the missing data on negative trials are more difficult to document than war crimes.

Fourth, with a largely non-angry and medicated population it becomes much easier for economic and political manipulation to pass without angry people to take into account. We are—at least in theory—safer from categories of physical violence by medicalization of anger. The political class gains part of its power by acting out the anger of a medicated voting population. Politicians are surrogates for anger. Political campaigns in many places—Thailand is no exception—are a kind of theatre, the political consultants act as generals fighting in the trenches of fear and anger. This spectacle, along with the medication, keeps people from noticing how they’ve given over anger to the medical and political establishment, and big business now found a way to make a profit from this transfer. 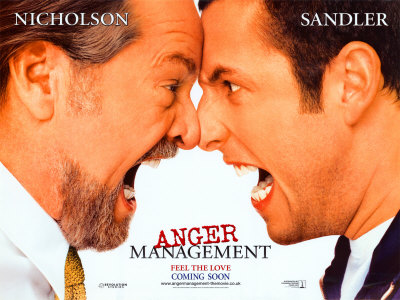 We are, in other words, in the safest most secure period of human existence. We pay the price for this safety. We’ve corralled anger—this negative emotion—as if it were a beast in a cage. Not that many years ago we called people with strong views and feelings eccentric. Some of them were angry people. We often celebrated such people, but now they would be so uninteresting, being medicated, subdued, and watching the latest YouTube offering or video game. Anger is defined as IED in such a way to bring in a lot of young men. If anyone has any right to be angry examining the real state of the world and their place in it, the young unemployed men in Spain, Italy, Egypt and many other countries should be angry. And they don’t like the medicine that’s been prescribed. They should be angry with a medical/pharma system that distorts evidence and medicates them on dubious pills and psychological analysis. The system based on controlling anger, as it turns out, is a hugely profitable game.

IED reminds me of the acronym for UO for unexploded ordnance. Anything dangerous hidden under ground or temporarily caged by drugs is an explosion waiting to happen. Anger will continue to shape and define crime fiction. The medical battle is yet to be assured of an easy victory. Watching the anger management industry unfold may be a good opportunity for a crime novel.