Galileo has much to teach us about the nature of fear. He found out the capability for suppression and intimidation that an alternative worldview can be brought to bear on the messenger of such a possibility. Belief systems rest on a unified, consistent, and cohesive set of ideas. Galileo, the Wikileaks front man of his age, championed the theory that the earth wasn’t the center of the universe. The idea originated with Copernicus twenty years earlier and it was a revoluntionary one of its time—the sun was at the center of the universe and the earth and other planets revolved around the sun. 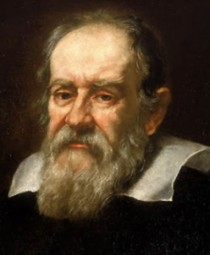 In 1633 Galileo was charged with heresy. No doubt that beyond his scientific knowledge, Galileo knew a thing or two about the kind of torture that his heresy might unleash if he failed to repudiate his view. He had a choice—continue to advocate the Copernicus heresy or face torture.  Love of knowledge and the emotion of fear of pain and suffering must have dueled inside Galileo’s mind as they have inside the minds of countless men and women ever since.

He endured the Inquisition and was found guilty of having been “vehemently suspect of heresy” for his support of the Copernicus view of the universe. The verdict required Galileo to “abjure, curse and detest” Copernicus view. After he recanted, his sentence of imprisonment was commuted to life long house arrest. His book Dialogue was banned and he was forbidden to write anything in the future. That ban wasn’t lifted until 1718.

More than 300 years later Pope Pius XII said of Galileo that he was among the  “most audacious heroes of research … not afraid of the stumbling blocks and the risks on the way, nor fearful of the funereal monuments”. As a testimony to an example of revisionist’s history, Galileo’s case is tough to beat.

Despite Copernicus heliocentric view of the universe, the Christian belief system and the institution of the Church had not been destroyed. The fear of the alternative theory of the cosmos had been irrational. But that is the nature of fear.

What links the concept of fear when authorities such as the medieval church sought to preserve a belief system about the nature of the universe and the intention of authorities to manufacture a belief of fear when none naturally exist?

The answer is existential. In the case of Galileo, the church feared that if an alternative to its worldview would be allowed to go unchallenged, its authority, status, and role might be not just undermined but destroyed. Suppression and intimidation by authorities to preserve a worldview is their way of signaling that there is no legitimate alternative worldview allowed. Belief in the absolute view is the only legitimate way of understanding, explaining, and accepting the universe, political, social and economic life. As Galileo discovered that while science looked at objective facts and if those facts led to a conclusion that the worldview required revision, which crossed an official line and demolished a central tenet of the belief system, something had to give. And it wasn’t going to be the true believers. 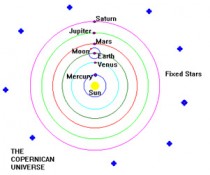 Galileo support of the Copernican universe caused church authorities to experience an existential crisis. To the mind of the official church Galileo’s view was intolerable. There were a couple of reasons for this fear. First, was the loss of control over describing the cosmos. That had been a Church monopoly and cartels don’t easily open up to competition to outsiders. Second, the possible acceptance of this alternative view of the universe made them fearful their beliefs and Church would be destroyed. Allowing Galileo to proceed with his Copernican logic caused the fear of something like the meteorite that stuck the Yucatan Peninsula 65 million years ago, causing massive extinction.  In the face of the potential oblivion of their belief system, its institutions, the rituals, the priesthood and the community founded upon belief and ritual, the Inquisition turned to repression. When faced with loss of controlling the message turning the screws on the thumbs of the messenger is a time-honoured tradition.

The threat, the fear is in the alternatives to any belief or institutions resting on a set of assumptions. There might be a better explanation in the alternatives to an existing belief system. Established institutions found their legitimacy on beliefs that are static, eternal and absolute.  That is a dangerous game. It means someone, somewhere, whether Galileo or someone like him, may ultimately succeed in presenting compelling evidence contrary to the established explanation.

When institutions and their infrastructure of beliefs are under attack, their back to the wall, and with a sense of survival of an entire system at stake, there is no surprise that brute force and threats are in the short run effective to silence the Galileos and their information, data and evidence.

Galileo must repent. Or Galileo will be imprisoned, tortured, exiled, murdered, disappeared, or sent to Room 101 and strapped into George Winston’s chair. 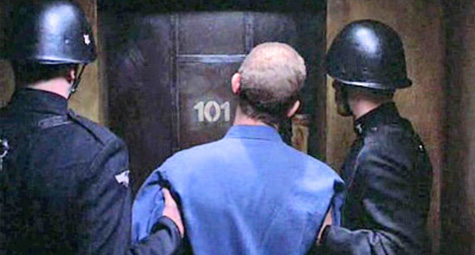 Officials who patrol the borders of belief system based on absolutist principles looking for the next Galileo aren’t pluralists or open-minded—such qualities of thought are not suited to finding and eliminating all ideas that represent existential threats. They scan the Internet like astronomers scanning the horizon for the killer meteorite on a head-on collision course.

True power rests with those who have authority to characterize an idea and label the messenger an apostate.  Once the patrols appeal to the necessity of protecting their beliefs, and most people go along, it is only a matter of time before it becomes apparent that those on patrol are difficult to control or restrain—as any hint of criticism, dissent, questioning, or challenging brings the Galileo solution.

Fear us. Fear our ability to make you change your mind about the alternatives you have proclaimed to our beliefs. It is up to you. After all, it is your big, new idea or the water board (which by medieval torture methods would have been viewed as benign). History has been hard on Galileo for his submission to authority, his official recanting. Would you have gone to torture chamber for an alternative vision of the universe? Would your reservoir of courage have drained as your saw what waited for you inside that chamber?

The larger question is why fear triggers this existential threat and the terrifyingly strong and powerful emotional reaction against who feel threatened? My theory is evolution equipped us with a basic, if not primitive (just good enough) response system to deal with what in our early environment were indeed existential threats. Predators saw us as part of their food chain. Mistakes in dealing with predators and strangers often proved fatal. Outsiders, strangeness, unusualness, all triggered a fear response. We inherited this alarm warning system. Unfortunately it hasn’t been upgraded from its original purpose and imported into the world of ideas and institutions.

In modern times, governments employ an assortment of laws to monitor, identify, and suppress modern Galileos—including censorship, blasphemy, computer crime laws and lèse majesté or its equivalent. The common thread is based on the existential fear that unrestricted exchange of information or data will undermine and fatally wound the belief system, which may have remained unaltered for centuries. The longer the duration between updates of beliefs to match the current state of knowledge and information, the more repressive the laws and the response of authorities enforcing the laws.

Technology has brought more information, more channels to disseminate and access information, more people connected, rendering geographical location largely irrelevant. Innovation and technology is disruptive. It threatens to replace existing institutions. People inside and outside of institutions are fearful. Their lives have never been less certain. Control over new information used to create alternative theories and principles remains unresolved. One side promises answers from their belief system to all questions, the other side makes no promises and demands an acceptance of uncertainty and ambiguity as the nature order of reality.

We are in the midst of a new Inquisition in many cultures. Like medieval European elites who processed Galileo, their successors are playing out their hand in a last ditch effort to suppress alternative information messengers from challenging the official belief system. There is fear on both sides of the knowledge equation as each side seeks to draw supporters to its reality-based bias. Those with a vested interest in absolutes butt heads with the modern probabilistic thinkers. In this tango along the edge of the event horizon of fear, it is unclear who will blink first. 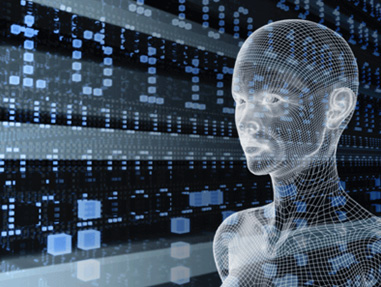 Controlling who has access to gathering, assembling and disseminating information and knowledge are crucial in a belief system seeking to preserve itself. The more out of date the worldview becomes, the more likely that more and more resources will be devoted to suppression and intimidation. At some stage, the main preoccupation is reduced to internal fear management.

As an example of resource allocation to patrol the digital borders where belief systems are challenged by access to vast quantities of information, Chinese authorities have mobilized a large workforce:

“At yesterday’s municipal propaganda department meeting in Beijing, Vice Mayor Lu Wei implored 60,000 propaganda workers ‘in the system’ and over two million ‘outside the system’ to ‘use Weibo.’ According to official records, Beijing has a population of more than 20 million–from Lu’s statement, one out of every ten Beijingers is a ‘propaganda work.’ ”

With new advances in software, it is much easier for regimes to track the modern Galileo’s, shut down their websites, charge them, and imprison them. The essence of fear which began as an individual response to survival in a hostile environment where most were relatively defensively has morphed into an institutionalized fear monitoring system to preserve existing societal arrangements, beliefs, and customs against possible alternatives other might find more equitable, transparent, and fair. Most governments wish to avoid that discussion. Room 101 will likely not be closed any time soon. Nor has the last Galileo been forced to recant his alternative worldview vision.

It is said that fear is our friend. But when fear is scaled to institutional size, it has every tendency to the same emotional, intuitive, gut feeling that all alternatives are existential threats. As George W. Bush famously said, ‘you are with us or against us.’ And here lies a key point. Old belief systems lasted because of their commitment to an absolutist view of the worldview. We have moved into an era where probability analysis rejects absolute outcomes as automatically flowing from existing beliefs.

That idea is as dangerous as Galileo’s heliocentric universe. As it leads others to hold all beliefs as tentative possibilities open to better questions and better information. It assumes we are likely to find that we change our minds about all kinds of arrangements and relationship as we sift through information, finding new and novels patterns and explanations in information and altering patterns of existing beliefs along the way.

For now, we are at a stage not much different from the one of Galileo’s day. New information is the cause of fear. We experience certain events, activities, and signals as an existential threat. Scaled to the institutional dimension, fear mongers will likely continue down the time-honored path that worked on Galileo.

I have a feeling Galileo would recognize much of repression that routinely occurs in various countries today in the name of national security or preservation of the faith as variation of the age-old desire to maintain the earth at the centre of the universe. We are some ways from the day when Room 101 is converted into a computer room with an Internet connection to anyone with a sense of wonder and curiosity about the nature of the cosmos and our place in it.

Dieser Text erschien am 14. Februar 2013 auf unserer Partner-Site.
Christopher´s latest Vincent Calvino novel, 13th in the series, is titled Missing in Rangoon and is available as an ebook on Kindle.