Data Mining in the Age of Terrorism

Thai police arrested two terrorist suspects and were searching for a third man after three reported bombings in Bangkok on 14 February 2012. The Bangkok Post reported that bombings took place on Sukhumvit Road (Soi 71) in a crowded residential area of Bangkok. It appears a bomb went off in the alleged terrorists’ living quarters.

One terrorist was arrested at Suvarnbhumi Airport, Bangkok’s main airport, as he was about to board a flight to Kuala Lumpur. Another terrorist suspect, who had apparently sustained injuries during the bomb blast in the house, was further injured when a grenade he reportedly threw at police bounced back, blowing off both of his legs. The house occupied by the three men was searched by police, who discovered C-4 plastic explosives along with detonating devices. Based upon their travel documents, the three men are believed to be Iranians.

The target of their attack at this stage of the police investigation remains unclear, as does the possibility of whether a suicide mission was planned by the trio. From the initial reported evidence, it is difficult to conclude they were trained professionals.

The Bangkok bombing illustrates the tension between warning against terrorist attacks and the damage such warnings have on local economies covered by the warnings. Protecting one’s own citizens can and does conflict with the interests of other countries that rely on the tourism dollar. International crime prevention is difficult as the law enforcement is local and co-operation can be uneven. That means the best other countries can hope to achieve is to alert their citizens who travel abroad as to the possible risks of criminal activity, including terrorism. No country likes to be on the receiving end of such an official warning, as not only does it have adverse economic impact, but it also reflects on the competence, capability, and intelligence gathering and assessment of local law enforcement agencies in charges of security.

In the past, the target country and the country giving the warning can find themselves in a public relations war as to which set of officials has superior intelligence, information, and assessment of the risk. In the immediate future, the data divide between nations will be larger than the wealth divide. It is likely that the Americans and Chinese will lead on the cutting edge technology, which will exponentially accelerate the scope, nature and quantity of data collected and the data mining software to analysis, assessment and evaluation. The distinction will lie between the data-haves and the data-have-nots. An information arms race has already started. Suspicion and doubt will follow in the wake of data base monopolies that have the potential power to ruin local economic fortunes. Like control over sea lanes, control over data lanes will be crucial for development and political power. Information will be the predominate resource, the value of which will outstrip all other resources. 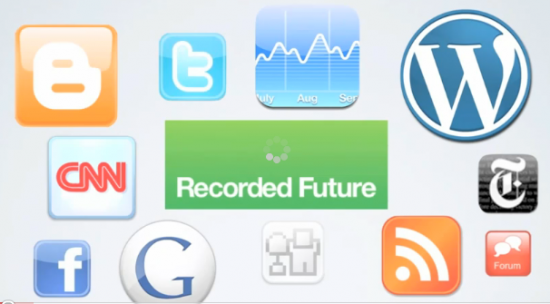 We are at the beginning of a phase transition in data collection and mining. For a glimpse of the future, have a look at Recorded Future Inc., funded by Google and the CIA, which is in the business of web intelligence and predictive analytics in order to predict future events. Astrologers and politicians and priests have traditionally been at the forefront of the business of predicting the future. Recorded Future Inc., a private company, is poised at the doorstep of the future. The future is a place where the most valuable of all resources will be privatized. And that raises a number of questions about the continuing role and importance of government in data collecting and mining, privacy, intellectual property law, and shifts of power arrangements in business, finance, medicine, universities, investing, and banking. There is a good argument that governments will not win this race. Corporations already have a headstart. 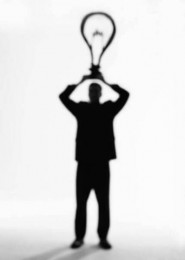 My big idea is that certain elements of the criminal justice will soon have the capacity to acquire and store an exponential amount of information, including psychological profiles, medical histories, iris scans, childhood illnesses and absences from school records, test scores, teacher evaluations, immunizations, family backgrounds, DNA, detailed neurological data and sequencing, work records, employer evaluations, emails, Facebook accounts, Twitter and social network media. These ‘wells’ of information will be linked into vast reservoirs that will be larger than their individual parts. Those who control that network of information will know the future before it happens.

We are some distance from that day.

But it is only a matter of time before the old barriers used to screen off that data will be dismantled or overrun. Over time, as more and more people voluntarily disclose their personal histories and private information on the social network, the space for privacy will shrink and the value of privacy will unlikely survive the quest to predict the future.

Law enforcement agencies will rely on data feeds and analysis programs to evaluate large amounts of information in order to deploy resources to monitor the most vulnerable neighborhoods. Schools, parks, public centers will all have profiles on those who use those facilities, and the information will be updated constantly. Future cops will start their shifts analyzing the latest day and time markers, such as holidays, sporting events, concerts, as well as unusual signs within networks of individuals, looking for data matches that correlate with past criminal activity, and use software that will efficiently assign security resources to prevent the crime through targeted, scaled up police presence. Surveillance, detection, and intervention will be digitally determined, coordinating events detached from ‘gut feelings.’ Crime is largely possible because criminals exploit the lack of information in the hands of authorities. Inefficiencies in deployment of policing resources are also a criminal’s friend.

But that is about to change.

Massive information is difficult to manage. We would likely, at the current state of development, run out of our capacity to manage as the storage of information outstrips our ability to process, analyze, and assess for patterns and correlations. That is where data mining comes in. Mathematics will gradually tame and control the torrent of information. You will hear a lot more about Power Laws in the future; that is, a mathematical connection existing between the frequency and factors comprising an event. This is the networked world of correlations. For example, correlations between the sale of beer and pizza, the issuances of traffic citations, the number of drug arrests, divorce and abortion rates, deportation of illegal aliens and reruns of The Wire may indicate police resources are reallocated from homicide to domestic violence within a sector of the city.

In the future, the most important qualification for a politician may be his or her science background, as the job will require interpreting a complex world of new technologies for a general population. The risk is that, at some point, no human being will be able fully grasp such a system without the aid of artificial intelligence.

That day may be a long way off, as Professor Paulos recently wrote in an article titled “Why Don’t Americans Elect Scientists?” for The New York Times. In future, political leaders will need a new set of skills in order to understand the implications of probability distribution, the risks, benefits, costs and dangers inherent in applying probability distribution theory. We will live in a world of probabilities calculated by artificial intelligence systems. That world will include corporations, individuals and government agencies that will know far more about each of us that we can know about it or others around us.

Future Bangkok bombers will have more difficulty carrying out their operations. That is the theory. Governments such as Thailand will need to adjust to the reality where warnings are issued based on large pools of information pointing to the probability of a terrorist attack. Of course, probability is not certainty. But the political space to ignore probability distribution assessment will be vastly diminished in the future.

We are in the midst of a huge transition in how we acquire, store, access, analyze and use information. Technological breakthroughs will accelerate the creation of information filters that aren’t tainted by the usual fear and loathing that human intelligence brings. The hard, cold, objective assessment will drive authorities to take precautions because the cost of ignoring such an assessment will become too high.

There will be resistance to the kind of changes the new, technologically wired information system will bring to the customary ways of doing things in society and the way we think about ourselves.

There is a close correlation between conservative political associations and religion or sacred quasi-religious beliefs. A recent study titled “This Is Why American Keeps Getting More Conservative” illustrates why America has become vastly more conservative over time. The least educated, lowest income earners, and the most religious are also likely to be the most hostile to science. Perhaps this answers Professor Paulos’s question as to why scientists aren’t elected in America while those with fundamentalist religious beliefs at odds with science are routinely elected.

Over the next decade or two, as science advances, as those who embrace religious dogma, myth, fable and literal interpretations of ancient religious texts and those who have mastered the digital world of infinite information computing collide, a battle will be waged between faith and science. It will be a battle for hearts and minds as to which side is better able to predict the future of disturbances, riots, revolutions, or market crashes. The probability is that the neurological reason for religion will have been decoded and an abundantly more efficient way of coping with fear, uncertainty, survival, authority, threat and hostility will appear. Once the mystery of ancient amygdala’s role in overriding reason is revealed, religion will lose its traction.

Finally, beyond religion, there is another core concept largely accepted: free will. As sacred cows go, Free Will is the prize heifer. It, too, will come under close examination. It is likely that we will learn that our ideas about free will were shorthand expressions for insufficient, error-prone, or unreliable information in complex systems that, because these made outcomes uncertain, it meant we had choice, when, in fact, the inefficient information system only made it appear that we had a choice.

With infinite information, artificial intelligence, unlimited broadband, neurological enhancements, and nanotechnology, our sense of free will, like religion, will erode and vanish as a personal operating system. 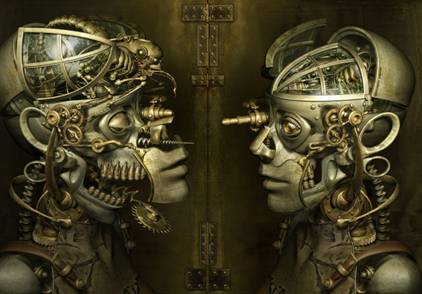 Science, which gave us evolution, is undergoing a revolution. Political science, religion, our sense of self, individuality, crime, and criminals will all be overhauled and re-evaluated in the process. How we catch criminals and what we do with them once they’re caught may one day fall to scientists to determine rather than a cop, prosecutor and judge. But that is in the future. As for today, science works quietly in the background, while the usual voices tell us to be fearful and to seek protection under the big umbrella of agencies and officials who tell us when to worry, what to worry about, and remind us to honor our communal sense of sacredness is collectively our best defense against an uncertain and unsafe world. This will change in the lifetime of our children and grandchildren, who will look back on the day of the three bombers in Bangkok and wonder how we ever lived inside such a primitive information networked system.