President Obama spent Sunday 18th November in Thailand, Monday 19th November (six hours) in Burma and Monday/Tuesday 19th and 20th in Cambodia. Along the way he bumped into the history of a region. Like a nine headed naga history raised its heads and spit fire from the caves of local politics, culture, and prejudices. You wouldn’t have seen the fire-eating dragons of history captured in the photographs taken along Obama’s three-day journey.

Instead what you and the rest of the world saw were the photos of the American President kissing Aung San Suu Kyi, flirting with Prime Minister Yingluck, clasping hands with Hun Sen remain the enduring images of his trip. History doesn’t photograph as well and is easily nudged into the ditch. Obama’s Southeast Asia trip was textbook present day symbolic image making. Not an angry dragon floated above the heads of the leaders and Obama.

We can’t undo the past, we can only reconcile with the aftermath, the damage, the loss, the suffering. Any member of the political class will acknowledge the difficulty of brokering reconciliation. No one is happy to deal with past conflicts, struggles and the long trail of victims history produces.

To admit wrongdoing done by one’s ancestors is to travel down a path that post politicians wish to avoid. It is easy to blame those not in power or foreigners for the misfortune. Victims gather at the time of major events such as a presidential visit to the area. They demand to be heard. They raise their voices, demanding admissions of guilt, compensation and punishment. Korean comfort women used as sexual slaves in WWII want compensation from the Japanese. Victims of the Cambodian Killing Fields want the Khmer Rouge leaders punished for genocide. The Chinese remind their citizens of the rape and massacre of Chinese civilians in Nanking by the Japanese during WWII. The Thais and Khmer armies exchange gunfire over the border surrounding a historical temple.

The Burmese have a library of historical conflict with ethnic minorities. To be fair, the President did mention the need to provide security to the Rohingya who’ve lived for generation in the western part of the country. That is as close to history as President Obama came, and the Rohingya pogrom is contemporary, ongoing and not really history.

Historical narratives are like a flag blowing this way or that way depending on the prevailing political winds. When it suits a government to advance a present interest, then the historical wrongs are revisited to justify present day claims and demands. It is an old trick and like a professional sleight of hand, the pulling of the historical rabbit out of the hat unifies the crowd. Makes them marvel at the magic.

President Obama wasn’t going to be drawn into the magicians circle and become part of their act. No doubt he understood that the magicians in Southeast Asia wished him to be their apprentice; to applaud their performance. It was better to hug, kiss and hold hands. That was the way to win hearts. That is the new show business, reality show model. History is for nerds, troublemakers, demagogues, eggheads, and ideologues.  Besides Americans have their own naga headed creatures from the invasion of North America and the genocide of the native population to slavery, civil war, and segregation. It is hard to criticize another countries history when your own ghosts still roam the land.

There are some explanations why presidents and other leaders visiting another country avoid getting caught up in the local history. It means taking sides. When someone takes sides, it means he or she has made an enemy of those on the other side of the historical divide. President Obama didn’t come to make enemies, he came to meet allies, make friends, and cement American interest in the region. Historical accounting would have scuttled those goals. History is something leaders don’t talk about with each other. History is a taboo unless of course there is a compelling national interest.

The past is a difficult time and space problem for any democracy to resolve. There is often strong disagreement over what happened, and with both sides claiming their evidence of evidence should prevail, neither side can be reconciled to a conclusion that favours their rival.

Elections don’t resolve this standoff either, and that is the dirty secret democracy keeps to itself. The ruling elites, to the extent history runs against their interest, ignores it, waits for the victims to die off or become marginalized. Democracies are no different than other forms of government in the suppression of inconvenient truths from the past. School books, TV and radio, newspapers have traditionally baked the history cake that is sweet and tasteful. No culture wants to recount their unvarnished past. Democracies are in the forgetting business like every other system.

History is like dark matter and energy, which comprise the overwhelming amount of the universe. History, malleable, removed from living memory, subject to manipulation is a geo-political minefield. When President Obama visited Thailand, Burma and Cambodia he is walked through that minefield as well as mingling with the ghosts of the past. People forget the details of what happened long along. When I covered the UN War Crime Tribunal in Cambodia last November, what became clear was how little most of the young generation knew about the Khmer Rouge reign of terror. Killing Fields Justice: a Witness to History.

As those who lived through that time grow old and die, the day will arrive when no one alive remembers what happened. That’s the day history truly enters a new phase. The evidence of what happened in the past exists outside the experience of anyone alive. The loss fades, becomes abstract, and the past because that alien foreign land where the dead are left as the only citizens. Politicians struggle to keep coalitions together in the present. Obama was looking to the future, a legacy by coming to Southeast Asia, and that goal is rarely found in the graveyard of the past.

The last reason that history is left along the road to solving contemporary issues of the day such as trade relations is politicians are caught up in the present with an eye on the future. They don’t see a percentage in glancing back over their shoulder over events caused by others in the distant past. History is long, diverse and complex spanning generations and centuries. A president, like the rest of us, lives inside the confines of a 24-hour day. There is only so much information that can be processed during a day, a week, a month or a term of office. 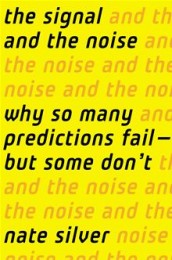 We are overwhelmed by information. In Nate Silver’s The Signal and the Noise: Why So Many Predictions Fail-but Some Don’t the author notes the human brain is capable of processing only 1/1,000,000 of the daily information of 2.5 quintillion bytes. We fall behind every day. There is no way we have discovered to keep up with this onslaught of new information.

A lot of that daily information may be ‘noise’—it isn’t useful—but finding the signal in that maze of noise is still bound by 24-hours that makes a day. With so much new information to process, separate into signals, evaluate, test and form and shape into ideas about policy it is no wonder that history—all of that ‘old’ information—remains in the back of the drawer.

Asia, like every other region, has many ghosts walking the land. The explosion of information threatens the past, which is slowly being lost in the ‘noise’ of daily information. Who can keep up with the present information, might be able to factor in the past information. But we aren’t at that point. We may never reach that point either. Our daily information journey puts us further behind each day. We can take a historical journey through The Killing Fields, the South of Thailand, or Burma’s long oppressed ethnic groups, but the longer we spend in those past wrongs; the further behind we fall in the current daily information overload.

The long history of discontent, simmering resentments from the past, and unresolved borders lay buried behind the sweet smiles, flashing eye contact and handshakes. It also lies buried behind the information treadmill, which keeps increasing speed and as fast as we run we find that we only fall further and further behind with no hope of ever catching up.

History teaches a valuable lesson about data: the rapid growth of information radicalizes, ghettoizes, and localizes communities with strong beliefs. They have their own TV stations, websites and blogs where such communities exist inside a bubble believing in their alternative reality built from cherry picked data. No wonder information contained in ‘history’ has become another data point used by one side to support the superiority of their set of claims.

The unresolved and rival historical claims existing between various Southeast Asian countries may be exceeded by the internal conflicts over historical injustices inside each country. As President Obama danced in and out of the region, he seemed to be saying between hugs and kisses and handshakes, “Move along people, stay close to me, there is blue sky ahead and we’ll walk toward the sunlit horizon arm and arm together.”

Remember the kiss of today. Forget the graveyards of yesterday. The ghost whisperers make certain that state of affairs never holds for long.