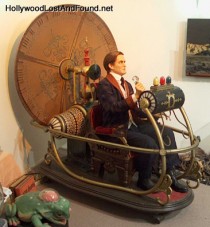 My German translator Peter Friedrich made a recent observation about the Vincent Calvino series that I’ve been thinking about. Peter said:

Did it ever occur to you the he might be the only literary character who really evolves along actual history? I mean, from Sherlock Holmes to Philip Marlowe, Travis McGee to Dirk Pitt, and I know most of them, they all never really change and become dated as time goes by.

The Vincent Calvino series started in 1992 with Spirit House and the 13th novel in the series, Missing in Rangoon, comes out in January 2013. Over the last twenty years, Thailand and other countries in Southeast Asia have gone through tremendous political, social and economic change.  The world has changed from bulky cell phones, fax machines and clunky computers to smart phones, thin laptops and iPads.  Most people in the region who never had any landline telephone or cell phone in the 1990s now have Wi-Fi Internet or at least 3G.

For a moment in September 2012, you have an idea for a book, characters, setting, and story. Ask yourself what those characters will be doing, thinking and saying, and how the setting has altered in September 2033. The honest answer is no one has a real answer to what the world will look like in 2033 or how social interactions will be shaped by technological, political and economic events we can only made wild guesses about. 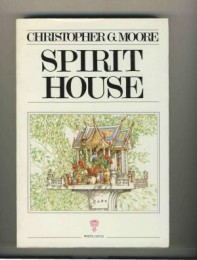 When I started work on Spirit House in 1989, I hadn’t any idea of these huge changes that lay just over the time horizon or that a private eye named Vincent Calvino would evolve as his environment shifted. Globalization wasn’t a term in circulation at the end of the 1980s when I started writing about Thailand. Hindsight bias makes looking back from 2012 to 1989 much easier, than predicting from 2012 what the world will look like in 2035.

I have had look at the wiki list which has the names of detective fiction authors. I searched through the names for a writer who has used a private eye to chronicle the social, technological and political changes in a culture by spreading the novels in the series out over a couple of decades. I haven’t read all the authors on the wiki list. Those of you who are better read than I am can correct me if I’ve missed a writer who has written such a detective series.

There may be several reasons. Crime fiction has traditionally focused on the underground world of crime, crooked politicians, brutal cops, and rich people calling the shots. There is a halo of timelessness hovering above such themes. The nature of a private eye series normally is aiming to do better than others in honouring the traditional tropes.

I haven’t stayed within the usual boundaries of crime fiction in a number of ways. When I started the Vincent Calvino series, there weren’t established series featuring a private eye set in foreign countries. Transporting an American private eye to Bangkok opened an opportunity for cultural exploration far greater than had Vincent Calvino stayed in New York. Not that I knew this at the time. Sometimes things turn out not through some great planning or foresight, it more often is chance, an accident, doing something a little different and finding that the adaptation works in usual ways.

It never occurred to me in 1989 that I’d be writing an essay in 2012 when the 13th novel in the series is off to the copy editor. And it never occurred to me that Vincent Calvino would evolve as Bangkok changed, as Thailand modernized, westernized, and connected with the outside world. I didn’t see that coming. What I did do was set Calvino to ride each wave as the latest tectonic movement sent tsunami waves through the region.

Most people have heard of Moore’s Law. Here’s the wiki take:

The capabilities of many digital electronic devices are strongly linked to Moore’s law: processing speed, memory capacity, sensors and even the number and size of pixels in digital cameras.

I have mostly (though not always) used the 18-month Moore’s Law as a thumb rule as the amount of time between researching and writing novels in the Vincent Calvino series. Over twenty-one years I have averaged a Vincent Calvino every nineteen months. That has been enough time to witness change as they slowly work through the social, economic and political system. I suspect that may be another reason other authors aren’t as interested in the social changes, especially the ones generated by technological innovation. There is a huge pressure to write a novel a year in a popular series. That schedule is too short a turn around time to write the kind of novel in the Calvino series.

Here are a few examples of the great social and political waves Calvino has rode to shores outside of Thailand.

Zero Hour in Phnom (1994) Vincent Calvino and Colonel Pratt are in Cambodia at the time of the United Nations Peacekeeping Force (UNTAC) a time a major shift in the fortunes of Cambodia and with thousands of foreign troops on the ground. Comfort Zone (1995) Calvino had a case that took him to Saigon at the time the Americans lifted the embargo on Vietnam unleashing a rush of businessmen into the country seeking an opportunity. In Missing in Rangoon (2013) Calvino is searching for a missing person Rangoon as that country opened to the outside world and a new gold rush has begun.

From Cambodia to Vietnam to Burma, Vincent Calvino has been in the back alleyways as a political system in the region made a major pivot, turning in a new direction. His case in those three novels was set against the backdrop of the sudden social and political changes happening inside the country. With all bets off, life in a place of enormous transition has always brought out the very best and worst in people. That is the stuff which makes for story telling.

The other ten novels in the Vincent Calvino series are set in Thailand. The changes were brought by online chat rooms, email, avatars and expansion of the sex trade through the new technology featured in The Big Weird (1996). In The Risk of Infidelity Index (2006), Vincent Calvino accepted a case on behalf of expat housewives who worry about their cheating husbands and the investigation took place on the eve of the 2006 military overthrow of the elected government.  In the Corruptionist (2009), Vincent Calvino’s case took him into the heart of the political divide in Thai society as he slipped inside government house, which was occupied by protestors.

There is another feature with the series and it has to do with the subsidiary characters. There is a standard relationship between private eye and sidekick and secretary in detective fiction. The Hawk and Spencer template is commonly found in this genre. Calvino isn’t a lone individual hero in the Chandler tradition of fiercely honest and tough Philip Marlowe. Calvino’s personal friendship with Colonel Pratt makes the cases collaborative efforts. By relying on Pratt, Calvino showcases aspects of how people rely on each other in Thai society, and how that reliance is culturally based.

Calvino couldn’t last a week without Colonel Pratt or his secretary, Ratana. The relationship of the private eye to those in his life explores the cultural adaptations required of the ‘hero’ as his survivor depends not only on his skill, cleverness and luck, but on others who protect and advise him in a strange social landscape.

With Vincent Calvino, I have been interested in culture, technological change on the culture, the way society has changed over the years. I have been lucky to live in Southeast Asia at a time when change exploded. Nothing is quite the way it was in 1992 when Spirit House was published, and my New York agent at the time wrote a letter (yes, we still had those then) asking if I could change Bangkok to Boston as there was a publisher who was interested and he thought Boston would sell better.

That didn’t happen. Vincent Calvino stayed in Bangkok, venturing out to neighboring countries in only three books. What will this world look like in 2033? I am the wrong author to ask. In 1992 I had no idea that things would look the way they do in 2012. I can leave you with this thought—Vincent Calvino will continue to change along with Thailand and Southeast Asia. Every eighteen months, you can check in and find out for yourself whether the characters and story set against that change capture the zeitgeist.