Crime stories are both universal and local. A murder in New York, Vancouver, London or Bangkok is universally seen as a crime, one deserving of punishment of the wrongdoer and assistance to the family of the victim. In reality, we tend to focus on the crime that is on our doorstep. Murders close to home cause people to sit up and pay attention. This is especially true if the victim has any kind of public profile, the murder is bizarre, or the relationship between the killer and victim unusual.

The success of a crime fiction novel is connected with the ability of the author to convey the internal life of the characters—their thoughts, fears, doubts, and desires—and to convincingly show how the relationship between the characters can spiral into the death of one character at the hands of another.

In the world of noir fiction, murders are a natural outcome of an overarching political and social system that itself tolerates, justifies or condones certain murders. Law enforcement institutions designed to protect security and safety breakdown inside the noir world. The wrong person is convicted of a crime. Or the killer gets away with murder.

Where does a writer look for ideas and inspiration when writing about crime? 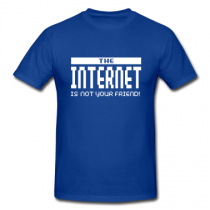 This is where research comes into planning a book. The Internet is your friend in tracking down crime stories. One site that is an example of the kind of material you can find is Violent Crime News.

The mission of this blog is to establish the importance of authenticity in crime fiction. Getting the facts right matters. If that were the only issue, then writing crime fiction would be a snap. The art of the novel is to take the authentic and find a way to tell a compelling, emotionally satisfying and memorable story. In crime fiction that often starts with a murder.

For a crime writer and reader, not all murders work well as a novel. There are three categories of murder that produce a lot of contemporary fiction.

Domestic murder, sex related murder and professional murderers are common  in crime fiction. Below are examples of cases available to anyone with an Internet connection.

A husband kills his wife, or the wife kills the husband. A parent kills a child, or a child kills a parent. Families are a place of potential violence. A death row inmate appeals for clemency on the grounds a stranger set the fire that killed his three-year-old son.  A woman is accused of killing her newborn twins and hiding the bodies in the boot of her car.  Or the thirteen year who shoots and kills his father.

A large percentage of murders fall within this category. The domestic murder is also a staple of crime fiction.

When the murder has a sex angle that attracts a great deal of attention. When the police investigate into the violent death of prostitutes, the news especially if it is an old, ongoing case and new technology leads to a break through. Here’s an example from Vancouver

By Jeff Nagel – The Tri-City News Published: January 30, 2012 5:00 PM Police so strongly suspected Robert Pickton might be killing prostitutes in the late 1990s they tried using infrared photography on the hunch he had an underground dungeon beneath the Port Coquitlam farm.

Authorities believe that Pickton was responsible for dozens of killings in British Columbia. He was convicted on six counts of second-degree murder and was sentenced to life imprisonment with no chance of parole for 25 years.

Adding murder and sex is a surefire way to attract attention as a crime writer. 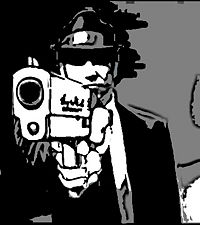 Professional criminals are a staple of crime fiction. Richard Stark’s Parker series is a good example. The crime news follows the fate of hitmen and mafia snitches and there is a considerable audience for such news. Ever since the Godfather movies and books, crime readers have supported this genre.

Here are a couple of examples of the kind of real life cases that work their way into fiction (sooner or later). Professional criminals also move inside a subculture that attracts curiosity not only among law enforcement professionals but by ordinary citizens whose ordinary day-to-day lives, by comparison, lacks the edge, danger and risk.

In New York a mobster turned and testified against a mob boss and escaped a life sentence for a couple of murder. He was sentenced to ten years for bringing down the big guy.  The Today Show reported:

“A former New York mobster who turned against the Mafia and helped convict Vincent “Vinny Gorgeous” Basciano, then acting boss of the Bonanno crime family, was sentenced to 10 years in prison on Monday despite being involved in multiple murders.”

AP carried a story about a hitman with a consciousness and heart of gold. His testimony is about to spring an accused who despite being blind in one eye and suffering from a learning disability from going to prison for a murder that he didn’t commit (though he confessed to it).

“A Detroit hitman in prison for eight murders said he’s willing to publicly take responsibility for four more to help clear a young man who claims he’s innocent of the slayings and confessed at age 14 only to satisfy police.

Vincent Smothers’ testimony would be the most crucial evidence yet to try to persuade a judge to throw out Davontae Sanford’s guilty plea and free him from a nearly 40-year prison sentence. In an interview with The Associated Press, Smothers declared: “He’s not guilty. He didn’t do it.”

Smothers said he never used a 14-year-old accomplice – blind in one eye and learning disabled – to carry out his paid hits, mostly victims tied to Detroit’s drug trade. Ironically, there’s no dispute that Smothers confessed to the so-called Runyon Street slayings when he was captured in 2008, but prosecutors have never charged him and never explained why.”

The lesson for a crime author is to keep an eye out for violent crimes wherever they occur. What happens in real life is often much stranger than fiction. At the same time, there is a lot to be learned from the profile of the killer, the victims, the cops, prosecutors, defense counsel and judges in such cases. And of course the use of the latest technology alongside some of the medieval techniques that produce convictions.

His latest Vincent Calvino novel, 12th in the series, is titled 9 Gold Bullets and is available as an ebook on Kindle.