You never see a ‘company’ handcuffed and paraded before the press. But in this part of the world, pictures of flesh and blood criminals often appear in the newspaper or on TV.  Mostly, they are low-level criminals who were caught holding the illegal goods. Holding the bag so to speak.

They are presented at press conference with rows of uniformed officers looking on as the accused sits in front of desk loaded with parcels containing contraband. Most of the time the parcels contain drugs.

Next time you look at a drug suspect sitting handcuffed as kilos of drugs are displayed, remember this deliveryman was paid to deliver a product.

Now and again a missing piece of the story pops up in the press.

The accused at the table is the tip of iceberg but what sunk the Titanic laid underneath and it was huge. Organized crime is the forces that build this force of criminal nature. It creates, operates, manages and controls a chain of supply; a chain of distribution, and it has operational chiefs, people of influence and status, as well as significant financial and legal talent. In many ways, it is like many other businesses. All of this chain is to source, process, and distribute without undue risk to the principals who earn windfall products from a product that is illegal. Meth possession will likely land the end user in prison.

The end user is at the same level as the delivery guy, the poor mule, who sits alone. Those are the two faces you see over and over. What about the others? Isn’t it time for at least a show of looking inside the organization part of organized crime? 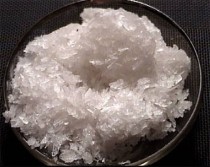 The recent case of 30 Thai hospital and clinics supposedly implicated in buying and selling pills with the active ingredient called pseudoephedrine, an essential chemical compounded needed to make meth—one extremely nasty, ugly drug—is a rare look at a hidden part of the chain. Let’s get out of the way a couple of things that you should know about meth and crystal meth before we get to the hospitals and clinics. These drugs put people in the hospital or the grave. Here are some of the short term and long-term effects: panic and psychosis, convulsions, seizures, permanent damage to blood vessels of the heart and brain, liver, kidney and lung damage. That’s enough. You don’t have to examine every last body to know when you are in the presence of a massacre either.

Last year the Guardian reported: “The number of methamphetamine users in Thailand will reach 1.1 million this year, the head of the country’s anti-drug police told the Guardian – equivalent to one in every 60 citizens.” 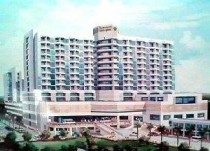 According to the Bangkok Post, police found a senior pharmacist at Udon Thani Hospital had a role in diverting some 65,000 cold and allergy pills out of the hospital. Another pharmacist at a hospital in Uttaradit is implicated in using his hospital to launder 975,000 pseudoephedrine-based pills. The upcountry hospitals are under investigation. The reported number of pills from various hospitals and clinics no matter how many times you read them simply don’t add up in the story. They rarely do in such cases as it seems math and journalistic skills rarely come together in one person in Thailand. The upshot is that a huge quantity of the pills with the essential ingredient to make meth was being sold out of the backdoor of hospitals and clinics.

There was no report of any arrest being made of anyone from a hospital or clinic.

The story about how a vast hospital and clinic chain pumped millions of pills into the meth chain of production wasn’t discussed. As a classic case of how the free market model of capitalism really runs when left without adult supervision, is itself illuminating. As this was a story about hospitals and clinics, you gather they’d run a photograph of such a building. That didn’t happen. 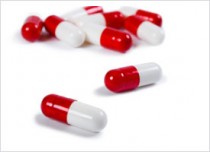 Would you like to guess what ran picture the newspaper ran with this story instead… give up? Three delivery people at a table surrounded by a platoon of cops and right in front of them were 2.5 million speed pills and 50 kilos of crystal meth.

We get the message. The story is about the role of hospitals and clinics in the meth production in Thailand. But none of those people wanted their picture in the newspaper. The pool of photography subjects is pretty obvious from the arrested mules. These are the human livestock of the drug business. The same class of people who were hunted down and some 2,500 killed some years ago during the last ‘war on drugs’ in Thailand.

Not that we really need a lesson in the obvious.  Yet we have come to not question the lesson any more. We assume those in the picture are those in the story. Even though we’d likely never find a factory worker’s picture in a story about he CEO of Ford or Shell Oil. In the illegal drug business, it is the employees, the working class, those who drive the truck who become the face of the problem, who get all the press coverage.

It is unlikely to happen during the lifetime of anyone now alive that your descendants will open an electric screen and look at faces of high-level officials from the private and public sector sitting at a table handcuffed for their role in the drug trade. Things don’t work like that at the present time in most places. Getting a piece of the chain in the illegal drug business is a guaranteed way to getting your hands of some of the massive profits.

Life is good when you’re rich.  Unfortunate for a few mules lost along the way. But as Darwin taught us we inhabit a world of survival of the fittest. And a degree in pharmacology also helps.