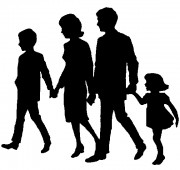 Destruction of the Family Unit

What made Chea Leang’s opening statement by turns moving, horrifying, and numbing was her overview of the actions of the Khmer Rouge in carrying out the policies of the Pol Pot regime. The fact that a Khmer woman lawyer was chosen to give the opening statement was rich with symbolism. It shouldn’t be lost on those being tried that the Khmer Rouge regime had systematically violated women, destroyed their tradition of marriages, their family structure, forced them to marry, and worked them to death in fields and on infrastructure projects. Given the humiliation and arbitrary treatment, and gross violation of human rights, it was ironic that the Khmer men in the dock should hear the list of their crimes read out by a legally trained Khmer woman. During their reign of terror, she certainly would have been killed.

The image that comes to mind is the youths portrayed in Golding’s novel, [[Lord of the Flies]]. The rank and file Khmer Rouge were no more than children. The average age of the Khmer Rouge troops that entered Phnom Penh in 1975 was seventeen years old. Like the children in Lord of the Flies, they carried out their tasks with a rapacious brutality. Children no longer under parental restraint easily fall into systematic, random violence. The three co-defendants were part of an “adult” leadership that, in formulating policies, orchestrated the movement of the rank and file who did the actual killing.

Where were the parents of these Khmer Rouge child soldiers? They were absent. 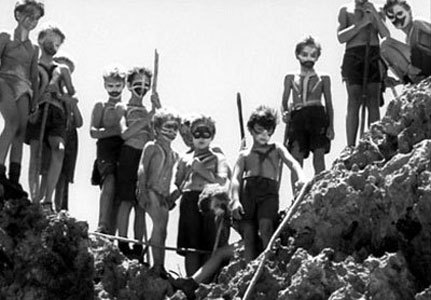 An unusual but important aspect of the crimes against humanity charge concerns the Khmer Rouge policy of forced marriages. The numbers are again in conflict, but it is not disputed that forced marriages was a widespread practice during the period between 17 April 1975 to 6 January 1979. Using the figure of 250,000 Khmer women who were forced to marry a partner under the policies of the Khmer Rouge regime is an indication of the scope of the policy. Forced marriages were part of a policy to systematically destroy the traditional courtship ritual, as well as directly assault the nature and purpose of the family unit. 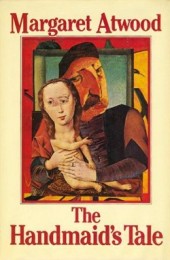 Husbands were separated from wives. Children were separated from their parents. Relatives were torn from one another. The Khmer Rouge decided who would marry whom. Often, the couple were complete strangers. Women who resisted state-arranged marriages to strangers were sent off to reeducation camps or executed. Men and women were stripped of their personal choice as to marriage partners or whether they wished to marry at all. Marrying was no longer a private affair; marriage was nationalized. This was an example of Khmer Rouge policy at its most bizarre. Lord of the Flies made a sharp turn and entered into the realm of Huxley’s Brave New World and Atwood’s The Handmaid’s Tale.

Women who refused sexual relations inside a forced marriage were beaten, and, if they persisted, were taken away for summary execution. In one example, a woman who had refused sexual relations after the forced marriage was stripped naked by the Khmer Rouge cadre and her “husband” required to consummate the marriage in front of them. Khmer Rouge would go around to rough shelters where couples lived and spy on them to determine whether they were having sex.

The purpose of the Khmer Rouge policy was to breed a new generation of ethnically pure Khmer who would be indoctrinated in the ideology of the Khmer Rouge. Forced marriages were part of an overall number of racial policies designed to recreate a new society. Six hundred fifty of the 3,800 registered victims — who are the civilian parties in the trial — were victims of forced marriages.

Marriage and family are central to Cambodian culture and village life. In ancient times, a prospective husband would be required to live with the prospective wife’s family for three years. During that time, he would be integrated into the family or, if not, he was sent packing. Today, Khmer weddings are lavish three days of celebration. Like elsewhere in Southeast Asia, the culture is conservative about marriage, virginity and rape. None of those values survived the Khmer Rouge forced marriage policy. Marriages were arranged between two strangers with as little as one or two hours’ prior notice.

The Khmer Rouge were obsessed by an ideology of racial purity. The genocide against the Cham and the Vietnamese, also part of Case 002, is another example of the desire to breed, maintain a Khmer, racially pure population and exterminate those who were “impure.” The Khmer Rouge embraced the idea of the “blank slate” and, if they could reset society from year zero, they could write a new vision of life onto the minds of the generation they had created. That blank slate had to be a Khmer one. All other ethnic groups were excluded.

Such policies raise the question as to what psychological damage from abuse or neglect as children explains the Khmer Rouge leadership’s attitude toward women, marriage and family? What combination of personal childhood pain and Marxist ideology was responsible for a policy designed to destroy the traditional family? During the course of the trial, perhaps some evidence will indicate what lay in the background of the accused that convinced them to put in place policies that violated every cultural norm, every ethical value, the very network of relatives and family that any ordinary Cambodian would have experienced as a child. 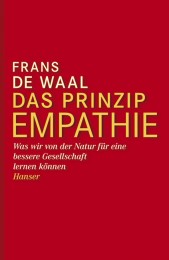 The Failure of Empathy

The crimes outlined on opening day point to a consistent conclusion: the failure of empathy on the part of the leaders meant there was no longer any constraining emotional counterforce to limit  how one human being treated another. The ideology of the Khmer Rouge leadership blocked the most natural of human impulses — for persons to place themselves in the situation of another and to experience that person’s emotions as if they were their own. Scientists, such as Frans de Waal, support the idea that empathy is innate. All of us are born with mirror neurons. These neurons trigger an emotional response when, for example, we are a witness to the suffering or pain of another. When we see a sad person, we instinctively feel their sadness.

The Khmer Rouge found a way to disarm the empathy trigger. A cadre that witnessed another’s fear did not seek to reduce it. Those who were the perceived enemies of the state lost their status as human beings and no longer qualified as objects of empathy or sympathy. The other had no purchase over the emotion of the torturer. Or, if there was a slip, and a torturer found himself hesitating, the chances were that he would also be tortured and killed. So, there was an incentive not to have feelings for others. Those who couldn’t turn off that trigger committed suicide or were themselves killed by others who had no problem withholding empathy. It was no surprise to hear the co-prosecutor mention numerous incidents of cannibalism as even the victims facing starvation no longer saw each other as human. There have been reported incidents of Khmer Rouge cadre cutting out the livers of living beings and eating them.

This doesn’t make easy reading. We try to avoid such thoughts. They are too repellent. But, to deny there was a period and time in Cambodia when such things regularly happened won’t be easy, because the evidence will be made public throughout the weeks and months and years ahead.

One of the things this evidence will establish is that, once the empathy light had been extinguished, anything to consolidate power, expand authority, and suppress opposition was justifiable as policy. Making the other party a demon, an outsider, like germs, filth and excrement, made the next step to purify an easy one, the means being torture and murder. What is instinctively abhorrent for most people became mandatory government policy.

The core idea of such a trial is that no ruler or leader anywhere in the world is permitted to disengage the empathy mechanism and send youths on a rampage throughout the population, slaughtering, torturing, and humiliating. No ideology, no belief system, perceived enemies or utopian ideal can justify such policies. A line has been drawn in the sand of what is and is not politically permissible.

Another example of the extreme racial purity policy forms the case of genocide waged against the ethnic minorities, Cham and Vietnamese. If the husband was Khmer, and the wife Cham, the husband would be spared but his wife and children would be executed. Why the children who were half Khmer? On the theory that they suckled milk from an impure mother. And should the husband/father show sadness or remorse, he would be liable to execution.

It was ironic that one of Leng Sary’s lawyers, Michael Karnavas, requested the court to allow his client to be removed from the courtroom. His client suffered pain and would be more comfortable in a room downstairs. The President of the court denied the request. It was a special moment where one of those who had no empathy for others was formally asking for compassion from the court. Khieu Samphan’s French lawyer, Jacques Verges, again without a hint of irony, requested the judges to remember that those on trial were “human beings.” These human beings, who had denied that status to as many as two million of their fellow citizens, were now seeking shelter within the embrace of empathy, asking for refuge in the emotion makes us human — the very emotion they sought through their policies to dismantle.

The next couple of years are bound to be filled with many such moments of irony.

What are the lessons of the opening day? Hopefully, those who attended, who witnessed in person, watched on TV or listened on the radio, came away with confidence that the story can now be told. It will come out in the open. Those who made the policies are no longer safely tucked behind the walls of their secure villas. They are being held to account. Both the international and Cambodian communities are working together to find a way to mark the legal boundaries as to the policies they tolerate. Animal Farm has been dismantled.

Cambodia, through this trial, is also showing its rules around the world, the limits set on the power any leader can deploy against his own people or others. And, if those constraints are exceeded, such leaders can be brought to account for their policies and actions. Given the unrest and suppression in many places around the world, all eyes should be on Cambodia and the ECCC. A small, war-torn country with a sad, tragic history is giving back to the world the most precious of all human things: the hope for a better, safer and more secure future.

At the end of all of this, someone will one day write the narrative account of how such a regime comes about stands not just as indictment of the Khmer Rouge but of a generation of leaders around the world who turned the other way when the light of empathy flickered, dimmed and was finally extinguished in Cambodia. They will write it down for future generations, so they can remember things that no person should ever forget.

Christopher G. Moore is the author of 23 novels, including Zero Hour in Phnom Penh.