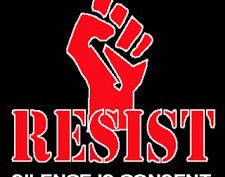 —Facebook New Year’s Revolution Women to Twitter Pig: ‘Pussy Grabs Back!’ Phase One of mass protest against ‘Rump’ by Thomas Adcock Copyright © 2017 – Thomas Adcock NEW YORK CITY, near America A Kremlin-sponsored presidential regime commences in Washington, D.C., on January 20. It will place my city, my country, and the world in crisis. Indicators of imminent danger are sorely evident, thanks to the nihilistic decision of sixty-two million Americans to vote for a fascist strongman, or at least one of faux manly strength. Consequently, Wall StreetRead More