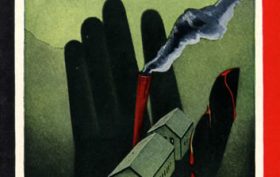 The Schrödinger’s Cat of noir adaptations Nick Kolakowski on the filming of Dashiell Hammett’s novel Dashiell Hammett’s Red Harvest was published in February 1929, an auspicious moment in American history. The glitter and rot of the Roaring Twenties had reached a crescendo; by October, the Wall Street Crash would usher in a decade of privation so acute it threatened the foundations of Western capitalism. In his query letter to Knopf, Hammett termed the book an “action-detective novel,” but it was much more than that; in describing the Continental Op’s attempts to clean out “Poisonville” of gangsters andRead More