Thomas Adcock: Get Out!

Get Out! Curtains Closing on a Carnival of Crime Down Among the Dead Men Let Him Lie’  by Thomas Adcock NEW YORK CITY, near America Happy New Year to all you fighting men and women of The Resistance! Ever since the surreality of a bellicose Know-Nothing’s criminal ascension to the presidency, back in November 2016, you have acted in the grand spirit of the American Revolution of some two centuries ago—a nervy peasant uprising, begun in 1776, that ousted a crazy-cruel British tyrant. You own the triumphal moment at hand: OurRead More 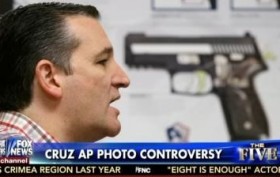 WHAT COULD POSSIBLY GO WRONG?  FIFTY THOUSAND gun fanatics demand loaded firearms be permitted in a crowded arena where the Republican Party meets this summer for what promises to be a combustible presidential nominating convention. How America Got Punk’d Bang! Bang! You’re dead in Cleveland? by Thomas Adcock Copyright © 2016 – Thomas Adcock NEW YORK CITY, near America Over the course of seven days in late March, fifty thousand trigger-itching paranoiacs signed an internet petition demanding their “right” to carry loaded guns onto the assembly floor of the quadrennial Republican PartyRead More