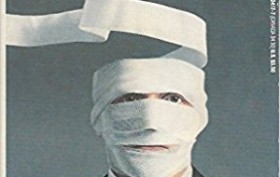 These days we all seem to live in a noir world “It’s a screwed up, bitched up world . . .” (Lou Ford in Jim Thompson’s The Killer Inside Me) Was it always like this? The feeling that nothing is real. Not just ersatz, but a fake of a fake, a photograph of a photograph of the world falling apart. That food you’re eating, it’s probably genetically modified. The building you’re living in, most likely made from cheap, probably flammable, materials. And, most of all, that creep in the White House, aRead More