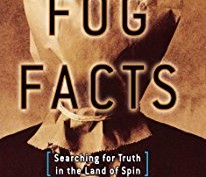 All politicians lie but it’s better if not mentioned  by Larry Beinhart We don’t need to be relativistic about it, we don’t need to introduce knee-jerk equivalences, we just need objectivity. Larry Beinhart is an American novelist best known for his novel „American Hero“ which was made into the movie „Wag the Dog“ (1997) with Dustin Hoffman and Robert De Niro. The story: A Washington D.C. spin doctor (De Niro) is hired by the American president just a few weeks before reelection to distract the electorate from a sex scandal. He hiresRead More