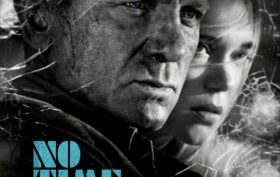 No, Time to Die The latest James Bond movie digs into the fatalism at the iconic spy’s core. Since the publication of Ian Fleming’s “Casino Royale” in 1953, James Bond has been synonymous with a particular brand of escapism. A naval intelligence officer during World War II, Fleming leveraged his experience to create an idealized version of a spy, one who wore great suits and drove fast cars while he rendered the West safe for freedom and commerce. The James Bond films doubled down on the character’s fantasy potential, boostedRead More