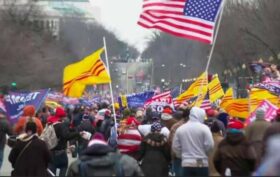 There’s a reason the South Vietnamese flag flew during the Capitol riot Viet Thanh Nguyen explores the connection between the South Vietnamese flag, nationalism, and the radicalized nostalgia for a lost country. His new book „The Committed“ will be out in Germany May 24th as „Die Idealisten“ (Blessing Verlag). Among the American flags flying at President Trump’s rally last week, and then the march of his supporters toward the Capitol, was an anomaly: the flag of another country, one that no longer exists except in memory and the imagination, thatRead More