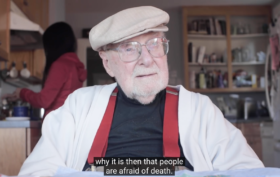 Christopher G. Moore: Notes on the Meaning of Life

A Letter to my Friend Luciano The Chopin Mazurka Op.17 №4 Horowitz was sublime. To be listened to both before and after the video on the Meaning of Life. The video chronicles the last months of Herbert Fingarette’s long life. The retired professor’s final months have been viewed by over 2 million people over the course of just one year. One of the viewer’s wrote in the comments that Herbert Fingarette had had a great life, one that he should have celebrated. You and many other expatriate friends came to mind,Read More