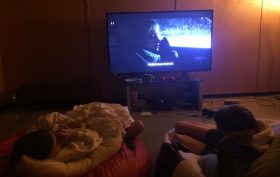 There are some obvious advantages to living in the world’s most isolated capital city (Perth), where the nearest equivalent capital is some two thousand kilometres away, across a land barrier of largely unpopulated desert. Because of Australia’s close economic and social connections to China, our national government acted early to close borders and introduce mandatory quarantine. Our state government followed suit, announcing with some glee that Western Australia was now ‘its own country’ (this glee harks back to an earlier 1930’s referendum, where Western Australians voted to secede from theRead More