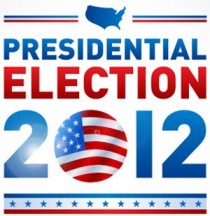 Last week’s daily menu of discouraging news for White House hopeful Mitt Romney began late on Monday afternoon with the bombshell release of a video surreptitiously taped during a fundraising banquet last May in Florida. At the private gathering, the multi-millionaire challenger to President Barack Obama disparaged half the American population as social parasites who feel “entitled to health care, food, housing, you name it” and therefore bound to cast beggarly ballots for their incumbent benefactor.

For good measure, Mr. Romney affirmed the genteel socio-economic prejudices of his audience of fellow Caucasian multi-millionaires—some two hundred corporate grandees admitted for a per person fee of $50,000 (€38,680)—with a racial yuk. Were he of swarthy Mexican facial hue, quipped Mr. Romney, election victory would be assured.

One of the more charitable epithets lain to Mr. Romney, post-banquet, was “sneering plutocrat.” For his part, Mr. Romney acknowledged that his comments were “not elegantly stated.”

Lost in the week’s hullabaloo of outrage was the quiet reaction of those who study contemporary American politics: the once proud Grand Old Party, a Republican nickname, might well implode, with a death watch to commence on the seventh of November. May the G.O.P. rest in peace—R.I.P., as the farewell is commonly inscribed on tombstones across the United States.

On March 2nd, five months before he died, the Irish-born political journalist Alexander Cockburn presciently observed in Truthout, an online daily newspaper, “What we could be witnessing is the death of the Republican Party as one capable of winning a national election, since its active base are right-wing nuts of the sort Romney has been groveling to.”

For reasons of self-interest (and a cheap political labor force), America’s moneyed ruling class—die herrschenden Kreise—formalized alignment with said nuts in 1980 when a has-been Hollywood actor became president and set about dismantling government programs meant to secure opportunity for persons whose annual earnings would be insufficient for admission to a Romney banquet. In the short term, the alliance redounds to the well off.

Lesser citizens of the Republican persuasion are easily riled by the manufactured threats of propagandists for the pecunious: undocumented immigrants expropriate jobs from citizens, Muslims are bent on replacing American jurisprudence with Sharia law, fluoridation of municipal water systems is a communist plot, liberals want to confiscate guns and bibles, the “homosexual agenda” will destroy Christian civilization, et cetera. The great unwashed has provided a carnival of distractions from the business of amassing fabulous personal wealth: war profiteering, union busting, the metamorphosis of industrial capitalism to financial capitalism, and the ongoing crime waves in investment bank and insurance swindles.

Those who will not see the men behind the curtains are reliable voters for politicians purchased by the rich, in return for slashing taxes on corporations and wealthy individuals.

But Judgment Day is a natural stage in the journey from rising power to risible existence, according to Lewis H. Lapham, the retired editor of Harper’s Magazine who has made an art form of the political essay. He suggests that the Republican Party—of the rich, by the rich, and for the rich—may have arrived at the penultimate moment before death. In the current edition of the eponymous Lapham’s Quarterly, a journal of history and literature, he writes:

“As wealth accumulates, men decay, and sooner or later an aristocracy that once might have aspired to an ideal of wisdom and virtue goes rancid in the sun, becomes an oligarchy distinguished by a character that Aristotle likened to that of the ‘prosperous fool’—its members so besotted by their faith in money that ‘they therefore imagine there is nothing that it cannot buy.’”

Only a fool would ignore the warning theme of the recently published book “It’s Even Worse Than You Think,” co-authored by conservative scholar Thomas E. Mann and his liberal counterpart, Norman J. Ornstein:

“The G.O.P. has become an insurgent outlier in American politics. It is ideologically extreme; scornful of compromise; unmoved by conventional understanding of facts, evidence and science; and dismissive of the legitimacy of its political opposition.”

Only a fool would forget that Mike Lofgren, who last year quit his thirty-year career as a highly respected senior policy aide to the Republican caucus when it was heisted by proto-fascist “Tea Party” freshmen who in the Congressional elections of 2010 grafted themselves to the Republican banner. Accompanying Mr. Lofgren’s resignation was an anguished diatribe published by Truthout:

“The Republican Party is becoming less and less like a tradition political party in a representative democracy and becoming more like an apocalyptic cult, or one of the intensely ideological authoritarian parties of 20th Century Europe.”

And these are a (very) few of the foolish things that leading lights of the Republican Party have recently said:

• “I trust God speaks through me. Without that, I couldn’t do my job.” President George W. Bush
• “Homosexuals want to come into churches and disrupt church services and throw blood all around and try to give people AIDS and spit in the face of ministers.” Pat Robertson, TV evangelist and 1988 G.O.P. presidential candidate
• “I don’t know that atheists should be considered citizens, nor should they be considered patriots. This is one nation under God.” President George H.W. Bush
• “We don’t have to protect the environment; the Second Coming is at hand.” James Watt, secretary of the Interior Secretary of the Interior under President Reagan
• “The New York Times and Washington Post are both infested with homosexuals…Just about every person down there is a homosexual or lesbian.” Jesse Helms (1921-2008), five-term Republican U.S. Senator from North Carolina, chairman of the Senate Foreign Relations Committee
• “I feel the best way to ensure Americans’ freedom is to tighten restrictions on that freedom in any way possible. Only through wiretaps, illegal searches and seizures, unfettered government intrusion, a controlled media and a complete crackdown on free speech can we ensure the liberties of all people.” John Ashcroft, U.S. Attorney General under President George W. Bush, former Republican senator from Missouri
• “Rail as they will about ‘discrimination,’ women are simply not endowed by nature with the same measures of single-minded ambition and the will to succeed in the fiercely competitive world of Western capitalism.” Pat Buchanan, speechwriter for President Richard M. Nixon and Republican presidential candidate in 2000
• “I want you to just let a wave of intolerance wash over. I want you to let a wave of hatred wash over you. Yes, hate is good…Our goal is a Christian nation. We have a biblical duty; we are called by God to conquer this country. We don’t want equal time. We don’t want pluralism.” Randall Terry, longtime Republican operative and head of the anti-abortion organization Operation Rescue

As mentioned, Judgment Day looms as November 6th draws nigh. The candidate who puts his faith in prosperous fools and their clueless messengers, so capable of vile thought and utterance, is surely bound for defeat. Unless he steals the election, which is possible.

As I write, I allow myself the luxury of imagining the best of ordinary Republican voters who have not been bamboozled by wealthy men behind the curtains. I tell myself that they will actualize the climactic scene from the 1976 movie, “Network,” wherein the character Howard Beale, an anguished TV newsman, grown unable to suffer the cruelty of fools. I imagine all of them as Howard Beale, throwing opening their parlor windows on the day after an election lost, to shout in righteous concert, “I’m mad as hell, and I’m not going to take it anymore!”

And as I write, I allow myself a hope that some forceful new leadership might develop among these ordinary Republicans, a force even angrier at what’s become of the G.O.P. They might follow the example of the Democratic Party, which in 1948 purged itself of racist know-nothings—so-called “Dixiecrats,” the Tea Party of the time. In so doing, Republicans of good heart might cut out the hateful cancer metastasizing within.

Unless they do, the Republican Party will die. Which is possible.

The banquet venue for Mitt Romney’s oafish remarks last week was the lavish Boca Raton residence of Marc J. Leder, a Wall Street hedge fund manager. According to an article in the New York Post, Mr. Leder leased a beachfront mansion in an exclusive community of New York’s Long Island for the month of July 2011—at a cost of $500,000 (€384,100)—where “scantily dressed [female] Russians danced on platforms…men twirled lit torches to a booming techno beat [and] guests cavorted nude in the pool and performed sex acts.” The article did not list Mr. Romney as among the wealthy guests.

On Thursday of last week, Mr. Romney was interviewed on a popular television program broadcast nationally via the Spanish-language Univision network. For this appearance, the mainstream media took note of the candidate’s noticeably brownish complexion, likely due to a less than subtle application of heavy-duty pancake makeup. Late night TV comedian Conan O’Brien said of the incident, “If Romney gets any darker, he’ll refuse to vote for himself.”

Ann Romney, the candidate’s spouse, has become increasingly haughty in her frustration with citizens who would dare question her husband’s affairs. Reacting to widespread demand for full disclosure of their tax records—something Mr. Romney has steadfastly refused to do in any way approximating political tradition—Mrs. Romney told a reporter in July, “We’ve given all you people need to know.” Reacting to Republican sniping about her husband’s banquet remarks in Florida, she scolded partisans by saying, “Stop it! This is hard.” Predictably, many in the media have begun referring to the imperious Mrs. Romney as Lady Ann. 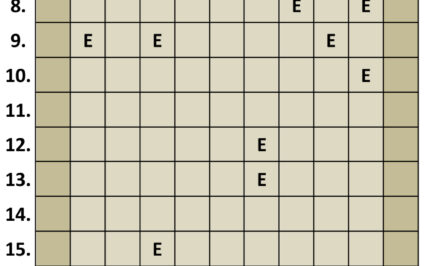 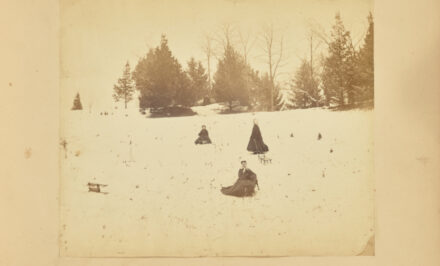 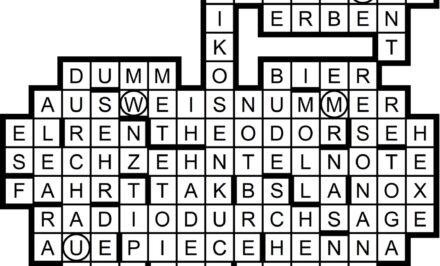 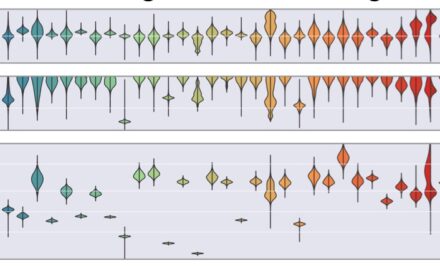