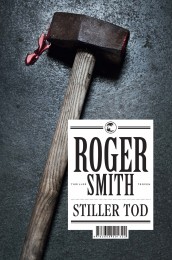 – Roger Smith’s books are not for the faint of heart. Having previously read and enjoyed Wake up dead and Dust Devils, I was forewarned. But it was not without trepidation that I reached for Capture, the blurb on the back alerting me to the fact that the book had to do with children who were either going to die or who were going to be hurt in someway. Being a mother of small children, reading about child abuse is difficult for me. However, I persevered and read Capture. By Sandi Baker

I have previously thought of Roger Smith being a sort of post-apocalyptic Deon Meyer on steroids with a high body count. Capture dispels that view. Smith likes his protagonist ‘baddies’ larger than life, psychotic even. They are people who can and do kill at the slightest provocation or because it is simply expedient to do so.

His protagonist ‘goodies’ are essentially normal, wealthy people who either step out of line or make a mistake and in so doing come into the crosshairs of the baddies and land up doing things they would never have remotely dreamed of. In order to survive it is highly likely that will also have to kill. None-the-less there will be some form of a happy ending or resolution. This tends to form the carcass of his books, well at any rate the three that I have read. He then tends to flesh out the carcass with various themes and huge amounts of violence, some may say, gratuitous violence. However, this conceit that he has used successfully before, seems a little tired and, as if he is aware of it, he uses the shock factor theme of child abuse to try and hide it.

The theme of child abuse and poverty are played out and various aspects to child abuse come out, such as the effects of prevalence of child abuse in poverty stricken areas, the types of people who perpetrate the abuse, the effect of the abuse on children and the sorts of adults they turn into. Smith also turns his attention to parenting, those who abuse their children, those who turn a blind eye to their spouses abusing their children, those who are desperate to prevent their children being abused, those mothers who suffer post-natal depression (which in this case manifests as a form of bi-polar depression and psychosis) and even those normal parents who make a single mistake such as ignoring their children with tragic consequences. Smith also portrays good parenting albeit that the parents, themselves are not perfect and have also been abused or neglected by their parents.

Nick Exley is the ‘goodie’ protagonist and the ‘good’ parent whose life spirals out of control when his daughter drowns on her fifth birthday, a few metres away from him while he is smoking a joint, talking to his friend. Vernon Saul is the antagonist, ‘baddie’ who watches the drama unfold and, who could have saved the daughter, if he had not thought it would be better to watch and see what happens and hope to take advantage of the situation. Needless to say from that moment on Nick Exley’s life takes a dramatic turn for the worse and spirals out of his control and into Vernon Saul’s control.

I should be writing that Vernon Saul is psychopathic as a result of the abuse he endured as a child, but he is such a caricature that it is difficult to feel anything for him at all. There is neither revulsion nor sympathy, only an odd sort of cold indifference. He is none-the-less a larger than life character who has issues about power and feelings of insecurity and bottled- up rage. I should also be writing that Nick Exley is a conflicted character, who, endures the tragedy of losing a daughter and has a demented and tormenting wife who is described as being a ‘gold-plated cunt’ and is under increasing pressure from socio-path, Vernon Saul, but he too is a caricature.

Nick Exley develops from being an insipid vegetarian pacifist type to someone who takes charge of his life in a most forceful manner. The revelation that Nick Exley has an ‘almost hairless boy’s body and a surprisingly big cock’ provides the reason for this metamorphosis as well as depicts the physical representation of his character. He is a ‘wimpy’ man with balls. 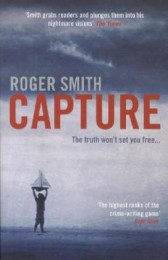 A sense of horror

However, it is with an increasing sense of horror that has nothing to do with child abuse or the various killings that take place or even the descriptions of abject poverty that one reads the unfolding events. Rather, it is the realisation that the story is actually a love story that stretches the limits of credibility. The protagonists are starved of affection and love irrespective of their social standing and have had poor sex lives previously. They do and say things such as ‘She stares at him and then she starts to cry and she pounds on his chest with her fists and says, “Why did you have to make me come, you bastard? Why did you have to do that to me?” After kissing her, he replies by promising that he won’t leave her.

Smith’s novels are graphic and he has the redeeming ability to create bizarre scenes that remain etched in the mind. The vignettes provided by the minor characters are interesting and well created and help to move the story along. The descriptions of Cape Town’s southern suburbs and the Cape Flats are nicely juxtaposed and contrasted. Sadly this is not enough to save the book from being a sexy romance novel with a happy ending, instead of the taut, gritty thrillers Mr Smith has written before.