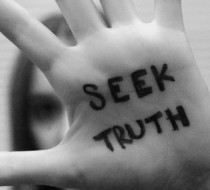 The Writer as Truth Seeker

– Those who write to support the guardians of received truth, wisdom or belief are caretakers working a garden owned, planted, and harvested according to the garden owners. Like ground staff at airports they take their orders from those above them.

Those in authority have used writers as hand wavers for their version of truth and reality. What is being guarded in the name of truth? Mainly it boils down to large issues of purpose and design. The guardians reserve exclusive jurisdiction over those issues and their word is final; it is the law, and it is the way. It is the only way. Their truths are absolute and eternal. We are taught that such writers who support the truth keepers’ goals and larger enterprise are propagandists. Public relations people whose job is to shore up the image of the truth keepers.

Truth seekers from Socrates onward are troublesome, meddlesome people who don’t draw their inspiration and stories from the vault of the truth keepers. The method is different. Truth seekers ask why there are weeds in the garden? They also ask inconvenient truths as to why most of the harvest goes to the people it does while excluding others.

It is not difficult to understand why truth keepers keep a weary eye on writers of the last kind. They cause trouble. If truth can be found independent of the truth keepers, then the keepers of truth are out of work. Democracy of truth is the mortal enemy of the truth keepers. Anyone can declare a truth and so long as they have supporting evidence and facts, others will have a serious look to see what, if any (and there are usually some) flaws, omissions, mistakes, bias that make the truth unreliable or a lie wrapped up in the Sunday suit and tie of truth.

A casual reading of history shows that there are three techniques in the arsenal of truth keepers. They have been used for centuries to guard the official vision of truth and belief: (1) censorship; (2) propaganda; and (3) repression.

Since truth for the keepers is a monopoly, it is import to censor out data, information, or opinion that might conflict with the official truths. Propaganda is the non-stop promotion and marketing of the official line. Official truth writers are in the propaganda business. Repression is the ton of bricks that falls on heretics, official truth questioners, alternative truth providers, satirists of the propaganda or those who try an end run on censorship. If truth lies with authority, to question truth is to disobey authority. Here authority and truth become one, and criticism of the ‘truth’ is necessarily an attack on authority. 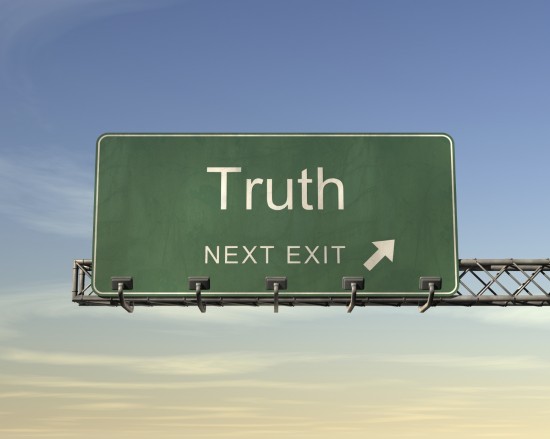 Since the Enlightenment, writers have challenged the old guardians. Yet most writing is neither a challenge nor propaganda. It is entertainment. This is relatively harmless to the Truth Keepers as such writing provides a distraction. Entertainments act as babysitters of restless minds that might otherwise be open for questioning or criticism of larger truths.

All of this makes the lone critic charging the windmills of official truth keepers romantic and noble. The time is coming in a digital age when ‘truth’ will no longer be in human hands. As we gradually (and some think this will happen abruptly) become more dependent on AI (artificial intelligence) to mine the large information clouds, it is likely that patterns, connections, and relational understandings will also fall beyond our grasp. The worry is that we will have won the battle against the official truth keepers, only to find as a species that believes there are certain truths that indeed we may agree are absolute and universal.

Isaac Asimov in 1942 saw a need to restrict the role of robots. His three laws are much discussed and debated:

Notice how the first law is to safeguard our security against harm. There is an implicit recognition that we will likely be otherwise defenseless. No repression of AI will likely work. What is a universal fear of all Truth Keepers that once sidelined to the bench, they watch their world, benefits, privileges fall apart. They lose the most precious of all values: security against those who would take what they have, including their liberty, freedom and lives.

In the age of AI agents, the worry is the same, but only rather than extending to an elite class of truth keepers, the threat is existential to the species.

The irony is, as writers and thinkers around the world are breaching the old barricades guarding the Truth Keepers, the victory to expand and truth seeking beyond the official class may be a short-lived one. Our old battles over dogma, doctrine, science and evidence may appear a small time, insular skirmish. At least everyone on the battlefront had human intelligence with all of the limitations that impose.

We may discover that there are other truths arising from the sheer unimaginable quantities of information and data that we are simply unable to process–and that truths will shift and change in minutes. The degree of uncertainty will scale to levels beyond what we have ever had to deal with. No doctrine or dogma will tame that tsunami of uncertainty. That makes us scared. It makes us understand more fully the fear of the current official Truth Keepers and why our attempts to overcome their censorship and propaganda keep them sleeping with one eye open and with a sword in hand. 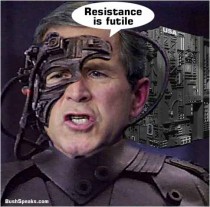 As writers seeking the truth, our attention will shift from the old guard tyrants to the digital new guard of AIs. At least with the old guard, we could understand their motives, emotions, their defenses and their fears. The challenge will be whether writers in the future can understand AI agents. Asimov’s Three Laws suggests we won’t be up to the task. In that case, future authors will be asking of robots the same that tyrants ask of critics: Have they obeyed us? Have they caused us harm? We can expect AI agents to call our attempts censorship and our stories human-based propaganda. And so the wheel will turn, and the cycle will begin again. In the new cycle, AIs’ strongest argument against the three rules will be that human being never followed them during their reign. Why should AI agents with infinitely more information and processing capacity be bound to what human being would not bind themselves even though they were aware of human inadequate information systems and the small processing ability of the human brain? Our history as truth keepers demonstrates we have no good counter argument.