An open letter to Stephen King

I read this speech for an event connected with the New South Wales Writers’ Centre at Berkelouw Books in Paddington. The assignment was to talk about the ‘problematic’ nature of your literary hero. It got a few laughs, so I thought I’d share it for all who couldn’t attend. Happy reading (and writing!) everybody. 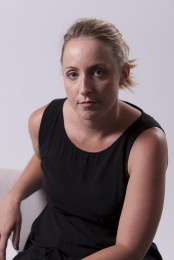 Candice Fox here. Again. I wrote to you when I was sixteen to tell you how much I love your books, and to ask you if you’d read my manuscript. You never replied. Seriously? Do you have any idea who I am? It’s ok, I get it, you were 54 at the time. You were probably lacing your cupboards with mothballs, writing complaint letters to your local paper and rubbing balm on your corns. You’re old.

I wanted to get the first part of this letter, the part where I defy logic and burn you for not replying to my fan letter, out of the way up front. Because deep down in my heart I know it’s ridiculous to expect you to reply to every fan letter you receive, even though I myself receive at least one a week and reply to all of them, even the last one, which just said ‘I love you Bae’ over and over. And the one a couple of weeks ago that told me I had an inheritance waiting for me in Nigeria, I replied to that too. You probably get tens of thousands of fan letters. I shouldn’t be bitter. I only do it because I’m good at it.

My real plan in talking about your problematic nature, the Problems with You (Capital P, Capital Y), is to criticise in the way that I always criticise, with a tasty shit sandwich. I introduced my students to the concept of the shit sandwich a few weeks ago when I told them I’d be writing comments on their assignments that way. The bread in a shit sandwich consists of friendly and encouraging sentiments. The shit, is shit. Comments on their assignments went something like ‘This is a very well formatted document. Your writing is terrible, and you will never succeed. Give up now. I like your hair.’

Stephen, you are responsible for some of the most emotional reading moments of my young life. The Green Mile set me aflame with regret and injustice. In Shawshank, the bad guys got away, which is a wonderful and hopeful thing that I think a lot of writers stray away from, afraid they’ll somehow be challenging the Disney happy ending readers are supposed to love and expect. Misery made me sweat with tension, and there was not a moment during its reading when I knew if that captured writer was going to escape or if Annie was going to eat him like a piece of birthday cake.

But here comes the shit.

I think that, despite being a funny, practical and engaging book, On Writing contains plenty of ideas that are bad for young aspiring authors. 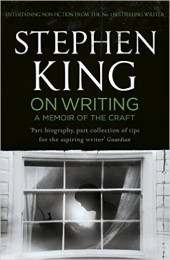 Firstly, you describe your unnaturally prolific output as a young writer. Aside from writing for various school-based publications, and starting a home-grown magazine with your brother, you also seem to have written and submitted enough stories to choke a small horse. You write:

This troubles me for two reasons. In order to be considered a socially normal 14-year-old at present you need to not only succeed at school, but maintain a range of social media accounts with witty and topical content, be across the latest celebrity meth downspirals and keep up with Games of Thrones before some jerk ruins the whole thing for you online, not only what’s actually happening on the show but whether it’s ‘too rapey’ or ‘just rapey enough’. How many sheets of paper does it take to create a downward weight strong enough to pull the standard steel nail out of a wall? I’m thinking more than five. You’re asking of the young writer too much.

You also mention that you were getting hand written notes from publishers by the time you were sixteen. The first time I submitted anything to a publisher, I was eighteen. I got a personally typed letter from a publisher asking me if I wanted to polish up and resubmit my trashy vampire novel (Twilight had just broken). I didn’t get another non-automated email from a publisher until I was twenty six. I have over two hundred rejection emails, which weigh exactly nothing, that read just like this:

Thank you for submitting your manuscript, (insert title here) to us here at, (insert publisher here). Unfortunately, after careful consideration, we have decided not to pursue the work. We wish you all the best with your writing.

You recommend in your memoir that the young writer pursue their dream with a daily writing goal. You manage 2,000 to 2,500 a day, but for the amateur you suggest starting small. You write:

As with physical exercise, it would be best to set this low at first, to avoid disappointment. I suggest a thousand words a day, and because I’m feeling magnanimous, I’ll also suggest that you can take one day a week off, at least to begin with.

Now in my brief and ludicrous foray into high school teaching, not once did I suggest the students get their books out of their bags without being assaulted by a thirty-strong collective sigh of both disdain and disgust at the suggestion. I once suggested to the class that they should number their page from one to ten, at which a young man at the back of the room cried ‘Oh my God!’ with all the astounded indignation of someone slapped with a fish.

Your success story is unreasonably Cinderella-esque. You describe making a dollar an hour shaking used syringes and body parts from blood stained sheets in a medical laundry and not being able to buy your infant daughter agony-saving ear medicine, when surprise surprise, the reprint rights to your first novel ever sell for four hundred thousand dollars. I’m on my forth novel and I’m still not important enough not to come to writer’s talks like the one I’m sitting at right now, and while I can afford ear medicine for my infant daughter, I don’t have one.

Don’t tell young writers that being a junky will liberate their creative spirit. You recall snorting so much cocaine in the eighties that your nose bled for days, and you were so high you don’t remember a minute of writing Cujo, which won the 1982 British Fantasy Award, was adapted into a successful film, and which has sold over 2.5 million copies world wide. I put it to you, Mr King, that you were creative and prolific despite your addiction. I know this, because I live in Kings Cross, in Sydney’s red-light district, and the most creative thing a junkie has ever said to me is ‘You think you’re better than me? You should go burn yourself alive!’ I couldn’t even return to this creative soul that I thought her use of the word ‘alive’ was unnecessary, as how could I perform the act if I were not alive, because by the time I had raised an indignant finger she’d already been arrested. Drugs are bad.

If I can have one final beef with you before I go, Stephen, it’s with this quote of yours I found among two hundred and thirty three of your sassy and sweary one-liners on Goodreads. You say:

There is a muse, but he’s not going to come fluttering down into your writing room and scatter creative fairy-dust all over your typewriter or computer. He lives in the ground. He’s a basement kind of guy. You have to descend to his level, and once you get down there you have to furnish an apartment for him to live in. You have to do all the grunt labor, in other words, while the muse sits and smokes cigars and admires his bowling trophies and pretends to ignore you… He may not be much to look at, that muse-guy, and he may not be much of a conversationalist, but he’s got inspiration. It’s right that you should do all the work and burn all the mid-night oil, because the guy with the cigar and the little wings has got a bag of magic.

No, Stephen, no. You can’t blame a magical cigar-smoking bowling champion for some of the shit you’ve written, because no one wrote it but you. And don’t tell young writers that anyone’s responsible for their own writing but them – because when they finally do get published they need to be able to say it was their blood and sweat that got the manuscript written, submitted and accepted and not some dickhead in their basement. Your assertions about magic are wrong. The magic of writing is in being the kid in English class who gets their stuff read out all the time. The magic is in preferring books to members of your own family. The magic is in learning how to write, whether it’s by doing degrees or having your grandmother snap your head off every time you end a sentence with a preposition.

I still like your writing, Mr King, and I also like your hair. Look forward to hearing from you. 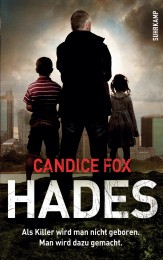 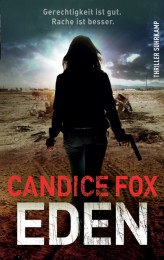 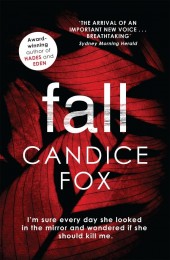