Left Turn in the Big Apple

A working-class Italian-American guy from Brooklyn—married for twenty years to an African American social activist, poet, former lesbian, and mother of the couple’s two teenagers—put his faith in the better angels of fellow New Yorkers and won big in last week’s preliminary run-up to November’s mayoral election.

He ran as a refreshingly unabashed liberal, which most American liberals nowadays haven’t the courage to do. An absent friend of mine—Hubert H. Humphrey (1911-1978), who asked that I please identify him in the newspaper obituary he correctly knew I would write as a “happy warrior” and long-time U.S. senator of representing Minnesota’s Democratic Farmer Labor Party—defined the term this way: “Liberalism, above all, means emancipation. Emancipation from one’s fears and inadequacies, from prejudice, from discrimination, from poverty.”

Mr. de Blasio plans to boost income taxes on the rich to finance early education for poor and middle-class youngsters. Repeatedly, he promised to halt the humiliation of “stop and frisk” racial profiling by a police department with too many white cops who hustle home to white suburbs at the end of their shifts. He pledges to halt tax breaks for huge corporations making record profits, and to deposit the rightful new city revenues into a loan fund available to small businesses in the kind of neighborhoods neglected during the twelve-year mayoralty of Michael Bloomberg, a multi-billionaire who spends weekends at his mansion in Bermuda.

Bill de Blasio is in solidarity with workers throughout the city who demand a substantial hike in the minimum wage. He and his aides are already at work drafting legislation for “mandatory inclusionary zoning,” a program to provide 200,000 new homes for low- and moderate-income New Yorkers, in part by requiring apartment buildings full of millionaires to set aside a percentage of units for those of us who have never seen Bermuda.

The prospect of a Mayor de Blasio horrifies the swindlers and parasites of Wall Street. Their boy is Joe Lhota, the Republican Party nominee brought forward by the right-wing brothers David and Charles Koch, oil barons and principal funders of the proto-fascist Tea Party. The obsequious Mr. Lhota has wasted no time in attempting to smear Mr. de Blasio by parroting the Koch brothers’ favorite pejorative—“left-wing radical.”

Mr. Bloomberg, too, has joined the rich man’s Chorale of Calumny.

Three days before Mr. de Blasio’s triumph last week, Mr. Bloomberg revealed the dark and twisted side of his personal moon. In an interview with New York Magazine, the lame-duck mayor claimed, without a trace of irony, that Mr. de Blasio was waging a campaign of “class warfare,” and that his television commercials were “racist” because his mixed-race children spoke favorably of the father they obviously adore.

It would seem that Bill de Blasio has channeled the glorious ghost of our greatest mayor—Fiorello LaGuardia (1882-1947), a working-class guy born to a Triestine Jewish mother and a Catholic-turned-atheist father who grew up in immigrant precincts of Lower Manhattan, and later the Bronx. A Republican in the days before Republicans lost their minds, he idolized our greatest president and the greatest Democrat of all time, Franklin D. Roosevelt (1882-1945).

Mayor LaGuardia led New York through the gloom of the Great Depression of the 1930s by ignoring wealthy naysayers and those who slandered his president. Instead, Mayor LaGuardia, aided by FDR, put Depression-idled men back to work repairing streets, and building low-cost housing and new-fangled airports—along with playgrounds and parks because, as he the mayor fond of saying in his legendary WNYC radio broadcasts, “Right there in the Declaration of Independence, it says Americans have got the right to life, liberty and the pursuit of happiness. Oh, my friends, that one’s my favorite—happiness!”

As the Democratic Party’s nominee, Bill de Blasio is odds-on-favorite as the next mayor of the most important city of the United States. The decision we New Yorkers will make in November is sure to be a bellwether for the nation.

Start spreading the news: American liberalism is back, beginning here in what touring jazz musicians famously dubbed the “Big Apple.”

Soon enough, the ambitious Mr. de Blasio may head a new progressive movement for the whole country. A movement that will, at long last, overcome the unhealthy influence of a national Republican Party lost to reductionism, racism, and the social ruin of regressivism.

Maybe, too, Mr. de Blasio will strike up the old band so that we may again join in the refrain of a liberal anthem, proudly sung during the campaigns of Hubert Humphrey, Fiorello LaGuardia, and FDR:

Warren Wilhelm Jr., born in Manhattan in May 1961, had his name legally changed to Bill de Blasio. In an April 2012 interview with an Italian magazine, Mr. de Blasio explained, “My dad was an alcoholic. My mother and father broke up very early, and I was brought up by my mother’s family—the de Blasios. That’s the bottom line.”

He describes his maternal grandfather, an immigrant never comfortable with the English language, as the greatest influence on his life. Were the old man alive today, said Mr. de Blasio, his dark, curly hair and olive complexion would invite scrutiny by a certain element of the police department.

“This gives me perspective,” said Mr. de Blasio. “The further I take my career, the closer I must stick to my roots.”

Mr. de Blasio’s troubled father—he lost a leg in the bloody World War II Battle of Okinawa—was a labor organizer. His mother worked in the Time Magazine research department under the writer and editor Whittaker Chambers, a one-time spy for the Soviet Union. Both parents came under suspicion in the 1950s, and had to defend themselves against accusations of communist loyalties by the late U.S. Senator Joseph McCarthy, the megalomaniacal Republican bully who died an alcoholic in May 1957.

As a younger man, Mr. de Blasio distributed medical supplies in war-torn Nicaragua, where he was opposed to President Ronald Reagan’s support of right-wing rebels trying to overthrow the socialist government. He is an alumnus of New York University and the Columbia University School of International and Public Affairs, where he earned a master’s degree. His son and daughter attend public schools in the city.

In the early 1990s, while working as an aide to New York’s first black mayor, David N. Dinkins, Mr. de Blasio met his future wife, fellow Dinkins aide Chirlane McCray. They were married under a willow tree in Brooklyn’s Prospect Park, in a ceremony officiated by a biracial gay Protestant couple. In 2000, Mr. de Blasio served as campaign chairman for the successful election of Hillary Rodham Clinton as a U.S. senator for the state of New York.

For most of this year, few New Yorkers believed it possible that an unvarnished, old-fashioned liberal—one who constantly invoked a “tale of two cities” campaign meme—could actually become the likely next mayor. Despite urgent counsel to moderate his rhetoric, Mr. de Blasio refused. To the surprise of everyone but the candidate and his family, Mr. de Blasio moved a campaign languishing near the bottom of all opinion polls and “propelled it into the national spotlight,” according to the Christian Science Monitor newspaper.

In his victory speech last week, Mr. de Blasio said, again, “New York has become the tale of two cities, one where the very wealthy have not only rebounded from the Great Recession, but where life can’t get much better for them. There is another New York—where nearly half our citizens lie at or near the poverty line, where luxury condos have replaced community hospitals, where proactive policing somehow slipped into racial profiling, where too many mothers and fathers fear that their daughters and sons will never achieve the very thing we want most for our kids—that they get the education they need to pave the way to a better life.”

Meanwhile in the corporate suites and Wall Street counting houses, Mr. Lhota and the Koch brothers and others are plotting resistance to the irresistible force of hope and justice inspired that Bill de Blasio has inspired in New Yorkers. This time, resistance from the horrified is evidence that the rest of us are bound to win—big. 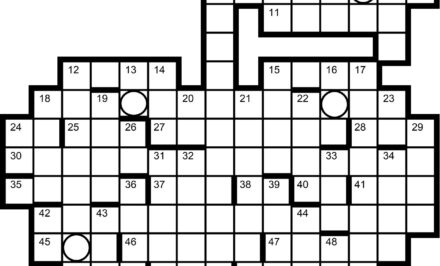 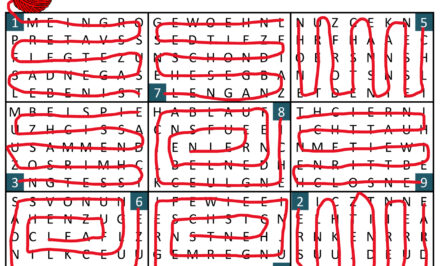