When I heard the news that F W De Klerk had unbanned the ANC and that Nelson Mandela was to be released, I was stunned. It was unexpected; I thought it was a trick. I was part of a generation of white South Africans who were at that stage contemplating leaving South Africa to live overseas as there was no opportunity in South Africa, there was increasing unrest and there sanctions against South Africa. I had experienced the effects of the ‘crossing the Rubicon speech’ by, the then Prime minister P. W Botha, the violent nature of the strikes in the mining sector, the no-go areas in hostels and the townships as a result of the increasing ethnic violence supported by the government, Margret Thatcher calling Mandela a terrorist and the ANC a terrorist organisation, the speech by Winnie Mandela of  “with our boxes of matches and our necklaces we shall will liberate this country” and pictures of burning people with burning tyres around their bodies dying in agony. The Berlin Wall had come down. I was not sure how much longer things could continue. The situation in South Africa seemed hopeless.  Then hope was given.

But what did it mean? What would Mandela do when he was released, would he call for the whites to pay back, to give up their properties and their wealth? Would it be like what happened in Mozambique? Those stories of what happened with the 20 /24 rule (people were allowed to take out 20kg of possessions within 24 hours) when the Portuguese withdrew and Frelimo took control became part of the discourse. We looked to our neighbour, Zimbabwe, and at that time, it seemed to be faring quite well under black rule. There was a sense that maybe things would work out.

On the day that Mandela was released from Victor Verster prison we were glued to our television sets, happy to finally get see the man who, for so many years we had never seen pictures of. He had been hidden from us, and pictures of him banned. I first heard of Mandela when my father and uncle were talking, I was quite young and they were talking about the decision the government had to imprison him as opposed to executing him. By chance I heard them mention Mandela’s name and with a child’s sense that the grow-ups were talking about something I should not know, I asked who he was. I was told that he was a black man who was in prison. Why was he in prison, I wanted to know.  I don’t recall the exact answer given to me but I do recall asking why hadn’t he been hanged. The answer was clear. He would have become a saint and there would have been bloodshed when the black people realised that he had been killed. So it was against this background that I, together with South Africans of all colours watched with hope and trepidation the release of Mandela and then I heard that now famous voice and the speech that he gave and I knew then that I would not leave South Africa.  When he said,  „I have fought against white domination and I have fought against black domination. I have cherished the ideal of a democratic and free society in which all persons live together in harmony and with equal opportunity. It is an ideal which I hope to live for and to achieve, but if needs be, it is an ideal for which I am prepared to die.“ He had said this at the Rivonia trial. Of course, I did not know that then. What I did know based on the speech was that I had hope for my country.

After his release from prison a lot of white people left South Africa, they were afraid of a black government.  They could not see a positive outcome. The negotiated settlement was a long process. It took place at the World Trade Centre in Kempton Park, close to the airport. There were last ditch attempts by right-wingers to derail the process, the Boipatong massacre happened, there was industrial unrest, there was uncertainty about the process, but finally there was a negotiated outcome and we could vote.

That special day, the queues were so long, the voting glitches were resolved; we had three public holidays back to back to enable everyone to be able to vote. There was such a sense of optimism. It signalled the heady times that were coming our way.  South Africans watched the inauguration of Mandela with his deputy, De Klerk, in amazement, silently offering thanks that we had escaped what befell Rwanda. We cheered when they both got the Nobel peace prize.  We felt like we could re-enter the world, we had gone from being the world pariah to world darling. We even won the Rugby world cup, our first legitimate international event since the sanctions, through Madiba magic. Blacks watched the rugby, the sport of their former white oppressors. We could do anything and everything. We had Madiba.  Living in South Africa in the mid to late 90’s was living in privileged times. There was a sense of optimism. The country was growing.  The cult of Mandela had begun.

In life, literally and figuratively, Mandela stood head and shoulders above us in the crowd and in his death he is even bigger, he has become a giant, a colossus, an inspiration and an icon, but not a prophet. At his memorial he was likened to Moses, Elijah and Ghandi. So it would not be surprising if some people were to wonder whether Mandela will be beatified and what the chances of that happening would be. He, himself, said that he was not a saint and we loved him all the more for saying that. He acknowledged that he did not single-handedly save South Africa. He acknowledged those who inspired him, those who worked with him in the struggle. He has been lauded as an Africa prophet. Was he a prophet, a man of god, giving God’s message? A politically correct answer would probably be that it depends on your viewpoint. A more definite answer is that he was not. He was a charismatic man of principle and courage and conviction who was prepared to lay down his life for a cause that he believed in, fighting injustice. In the same way Ghandi and Martin Luther King were also prepared to lay down their lives. Mandela fought for the oppressed, the downtrodden and the children, especially the children.  He was aware that whilst talking is the best way, sometimes there is a need to take up arms. He will always be remembered for negotiating a political outcome that prevented bloodshed. He was aware of his authority, he was aware of the impact he had on the ANC political party. He knew that South Africans of all colours had been scared that we too, could have easily gone down the same road that Rwanda went down in 1994 instead of being able to rejoice in our first democratic elections. He chose the high road, the road of negotiation, reconciliation and forgiveness.

For me, Mandela’s death brings with it the time for reflection of things past, of things present and of things to come. His death is not a call to complacency but a rallying cry to activism in support of the ideals that he stood for. It is the appropriate way to honour his memory. 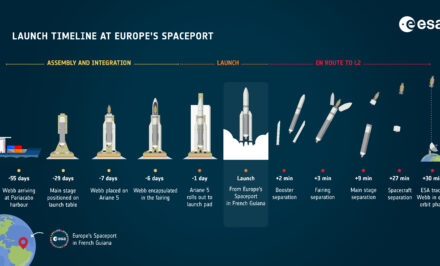 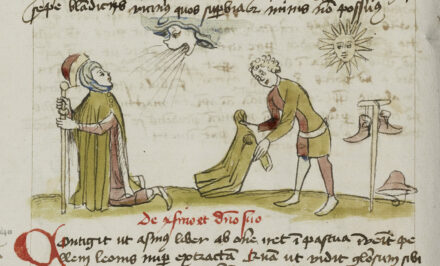