This was quite a year of reading and television. Too much and too little. A few things that really stood out for me included thrillers by Elizabeth Hand and Smith Henderson & Jon Marc Smith. I had read the first of Hand’s Cass Neary series, Generation Loss, which features the best anti-heroine and old school New York vibes in print. The fourth installment, The Book of Lamps and Banners includes absolutely everything I love in books—drugs, magical books, nefarious behavior, cold climates, and a pitch-perfect sense of place—whether it’s London or Sweden. The other book I loved in this genre, or really any genre, is Make Them Cry co-written by one of my favorite authors, Smith Henderson (read Fourth of July Creek if you haven’t) and his buddy Jon Marc Smith. This is a throwback to a classic thriller—drugs, violence, double crossings. It’s sharp, smart, as well as blistering in pace and gives an essential glimpse into the pervasiveness of the global drug trade. Make Them Cry also features a badass female DEA for the ages. Both these book got me excite for their next installments and made 2020 a little brighter with their darkness.

Ivy Pochoda’s These Women was just named by the New York Times as one of the best mystery books of 2020. Her Wonder Valley was printed by ars vivendi. Andrea O’Brien has interviewed her for her website Krimiscout (the Interview is in German). Ivy’s website, her appearance in our magazine.

We Australians call our home The Lucky Country, a term we bandy about with pride, irony and sometimes a sense of disbelief. In March 2020, we stopped moaning about the length of flights to Berlin, Paris and Rome. Italy was in meltdown. With New Zealand our closest neighbour, living on an island a hell-of-a-long way from everywhere became our greatest advantage.

And maybe our Black Summer bushfires had revealed their hidden silver linings: few tourists. The peoples of the world saw that kangaroo’s terrified flight from a wall of flame and decided to spend their holidays somewhere less…catastrophic. Perhaps this kept the beast from our shores for a few more crucial weeks.

We felt safe here on the Gold Coast, a sunny coastal town near the most easterly point of Australia. With an average of three hundred sunny days a year and only a small number of shark attacks, it’s a lovely place to live. But when Tom Hanks ended up in the Gold Coast Hospital while filming a movie about Elvis, we knew the ravening dog was loose on our streets. If a movie star can get it, what chance do the rest of us have?

The Fear began. We stayed home. We washed our hands, our groceries and everything in the house. We threw the mail out into the backyard so the sun could clean it. We read everything we could lay our hands and eyes upon, spooning up the dirtiest most dreadful sights from TV and news apps. Falling into the relentless scroll-of-doom on Twitter. There was nowhere to rest our eyes.

Everyone returning from overseas was thrown into quarantine hotels. We called them Travellers instead of Australians as though they were not of our caste. Overseas was cancelled. Everything was cancelled. The six states and two territories that comprise The Lucky Country closed their borders to each other, turning state against state for more than just a football match. Even so, there were leaks that became clusters and we named these clusters after cruise ships, suburbs and pubs.

Smack bang in the middle of The Fear I was diagnosed with breast cancer. We caught it early, and by taking the draconian route I kept my long hair and bought myself a new rack. What I couldn’t do was control my sanitation situation with my handy spray bottle. I had to go into hospital and rely on everyone around me. To deal with the fear, I turned my eyes and ears to where I’d always found my greatest escape: books, films and TV. No more news. No more twitter. Bring on the fun, thank you very much.

How could a TV series about an orphan with a precocious talent for chess take us by storm the way it did? The Queen’s Gambit (Netflix), based on the book by Walter Tevis, was a slowly creeping narcotic. Those soulful eyes, that evocative music and razor-sharp dialogue. The fashion, décor and eyeliner. We were so addicted we almost bought a chess set.

The Safe Place by Anna Downes (Affirm Press) is a masterful psychological thriller. With the first sentence, this debut grabbed me by the ankles and hauled me backwards through the long grass. Heart hammering suspense, characters who felt like friends, gorgeous settings and twists and turns that floored me. A satisfying book is such a comfort.

The Mother Fault by Kate Mildenhall (Simon and Schuster) is by turns terrifying, prescient, sensual, evocative and confronting. Beautifully written with authentic characters and a devious plot that ensured I had no idea where I was headed. I felt safe yet terrified in Mildenhall’s confident hands. This book made me view the world differently.

And then I discovered Candice Fox. I hadn’t read Fox’s work before and chanced upon Gathering Dark (Bantam). How good is Candice? And why has it taken me this long to discover her taut and mesmerising crime thrillers? I inhaled Gathering Dark and ordered her entire back catalogue with avaricious intent. Hades, Eden and Fall. Atmospheric yet succinct, every word in this first trilogy is used with diamond precision. I’m nearly done with the second trilogy: Crimson Lake, Redemption Point and Gone by Midnight (Penguin), each book hurling me kicking and screaming through the night. I am meting out smaller and smaller portions of Gone by Midnight, trying not to finish it too quickly.

Not since reading The Godfather, by Mario Puzo (Penguin) have I read a better thriller about cops and gangsters than The Force by Don Winslow (HarperCollins). Toxic masculinity at its most raw and brutal. Totally engrossing, with twist after turn fooling me into love and belief in characters that I really shouldn’t champion. At all. But I am willing to admit I’m obsessed with gangsters and trying to find books about this section of humanity isn’t as easy as I expected when I first started to write about a crime family.

Which leads me to McMafia: Seriously Organised Crime by Misha Glenny (Penguin). Originally published in 2008, I read a newer edition of this history of organised crime. As I devoured Glenny’s epic feat, continent by continent, I experienced a growing sense of wonder and a deep sense of relief. My fictional crime family were behaving just as they ought, based on this wonderfully forthright and well researched book. I haven’t watched the fictionalised TV series yet, but it’s on the list.

Gangs of London (Pulse Films & Sister). Why did I keep watching this TV series? Albeit it was behind hands raised to block the most offensive parts from my tender eyes. But between the gratuitously violent fight scenes, the story of a crime family falling apart after the untimely death of the patriarch was fascinating to me. But still…A mind blowing level of blood splatter and gore. Why? And when is season two coming out?

Every year for the last three we have been blessed by another stunning thriller by the very talented Dervla McTiernan. The Good Turn (HarperCollins) is the third crime novel starring Detective Cormac Reilly. A finely interwoven plot set in a small town in Ireland with a cast of flawed and believable characters and dialogue that fairly hums with authenticity. Another polished and brilliant gem of a book.

When in need of a rest from crime, I turn to Trent Dalton. All Our Shimmering Skies is his follow up to the spectacularly successful Boy Swallows Universe (HarperCollins). His two novels are both epic stories about growing up dirt poor and being an outsider mixed with a cocktail of family, love, bad juju and a little bit of magic. Whopping great adventures, both these books are an exhilarating ride through the big-hearted Dalton’s immense imagination. Even more incredible when you know that Boy Swallows Universe is autobiographic-inspired fiction. Escapism at its most sun blessed.

The Chessnut Man (Penguin) by Soren Sveistrup is a gripping thriller about a revenge-fuelled serial killer and had me guessing until the last chapter. I read it with clenched teeth and hands, feeling sorry for his characters as Sveistrup played with them like a master puppeteer. I found it cold, spooky and disorientating like the very best Scandi noir.

And finally, some Peace and Consolation during a 2020 we would all rather forget. Garry Disher’s second and third books (Text Publishing) in his most recent series which started with Bitterwash Road. All set in an outback town and starring a tarnished cop named Constable Paul Hirschausen. Of course, we are Australian, so his name must be shortened to Hirsch. With just one sentence Disher can draw a character who I can almost touch. Spare and compelling, Disher’s cast are treated like frogs in a saucepan, the water heated from cool to boiling so slowly they don’t even realise they are in really deep shit until…I’m not going to spoil anything.

My husband and I listen to audio books in the car. Normally, we would be flying the 851 kilometres between the Gold Coast and Sydney, but flying had been cancelled. In between waves, whenever the borders reopened between Queensland and New South Wales, we would shoot off like a couple of teenagers on our first road trip, desperate to see friends and family down in The Big Smoke. We renamed the Pacific Highway: Hirsh Highway as we simmered in Peace and Consolation from the master of sunburnt noir.

Now at the end of 2020, we know our southern state of Victoria bore the brunt of the virus I’m not going to name. But as spring turns to summer again and life down here appears to be returning to a weird sense of normalcy, we bless ourselves and know without doubt we are The Lucky Country.

Loraine Peck started her career as a portrait painter and magician’s assistant in Sydney. After being sawn-in-half one too many times, she switched to dealing blackjack on the Gold Coast. Bartending and slinging lobsters in the US led to a sales job in the movie industry, before she was propelled into a career in marketing in Australia, the Middle East, Asia and the US. Consumed by a desire to write crime thrillers, she decided to stop everything and do a writing course—to learn how to write the kind of book she loves to read. The Second Son – which will be published by Suhrkamp in Germany – is her first novel and she is at work on the sequel. Loraine and her husband spend their time between Sydney and the Gold Coast. Her website here.

[2] R. Molina-Pérez – A. Larramendi: Dinosaur: Facts and Figures. The Sauropods and Other Sauropodmorphs,  Princeton University Press 2020. 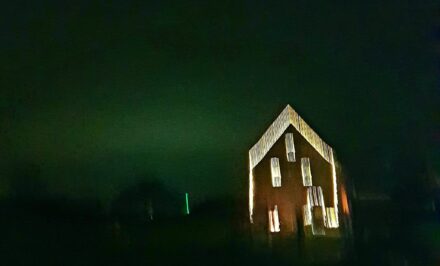 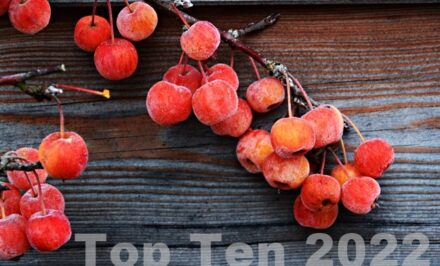 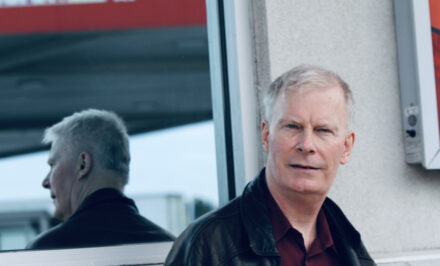 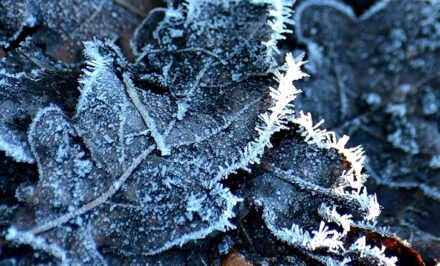