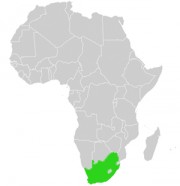 Verschollen am Kap – Another Take

For many Europeans, Africa exists in two variants. There is the continent ravaged by disaster, conflict and hunger as seen in the news. And there is South Africa. Many TV productions in the last ten years or so have used that country (and to a lesser extent Namibia, Botswana and Kenya) as a beautiful and somehow exotic backdrop for their melodramas, detective stories and other films of lust and love.

In a series which was previously set in Augsburg (Samt und Seide) suddenly zebras and elephants appear or the Bavarian Forrester from the ‘Bayerische Wald’ is now looking for new Challenges in the South African bush after retiring from the state forest service and the ZDF-show ‘[[Forsthaus Falkenau]]’. So, it does not come as a surprise when the passengers of the Traumschiff (the German equivalent to the Love Boat) disembark in Cape Town (in the last 30 years of that programme they disembarked at more or less every harbour in the world!), although the ‘Landgang’ to the Okavango Delta in Botswana (a mere 4 hour flight from Cape Town) was a surprise. The German audience is so well primed by now that it knows which cape is meant when somebody talks about ‘das Kap’. 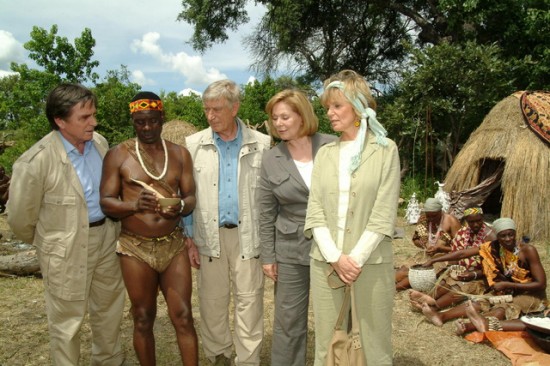 Africa, in itself, is not important in these productions. The ZDF-producer of Samt and Seide put it frankly after being asked why South Africa was brought in as the scenery in the film: ‘It brings new pictures and fresh wind’ (‘Das bringt eine neue Optik und frischen Wind’). It is because of these exotic pictures and only as a decorative backdrop that so many TV- and film- producers come to South Africa and Cape Town. Well, not only. It is money – or to be precise – low costs and subsidies.

British film producer Andrew MacDonald said in an interview with ‘Time’ magazine that you can make a film in South Africa which costs only 50 Million US-Dollars but looks like a 100 Million US-Dollar film. And money is a very convincing factor to go to Cape Town. Not the only one because that city and the whole Cape region is an extremely beautiful place if you do not look too closely into its dark corners. The city presents just the right mix of European standards and culture and just enough exoticism. And even the tap water is drinkable! It has the infrastructure the film industry needs. 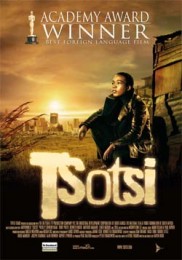 This should not be a surprise because the South African film making industry is a product of the industrial policy of the South African Government and – next to the automobile manufacturing industry – one of the few industrial policy success stories. Films such as Beauty, the 2011 nomination, Blood diamonds, District 9, Invictus, and Totsi have been nominated for Academy Awards, with Totsi winning an Oscar for the best foreign film, show that the South African film industry sees itself as an international player producing creative quality films. The government sees the film industry as a vehicle for more exports and jobs and even more jobs.  Culture is only a by-product and that is where many TV- and film-producers find themselves well understood.

The film making industry in South Africa employs 30 000 people up from 4000 people in 1995. It has a direct annual turnover of about 250 million Euros and an indirect turnover of 550 million Euros.  Due to the low production costs and the exchange rate, it is estimated that production costs are 40% cheaper in South Africa than in Europe or the USA. In addition South Africa having signed a co-production treaty with Germany and four other countries means that any official co-production is considered to be a national production of each co-producing country and is entitled to any benefits or assistance programmes that are available in either country. In other words, if you produce a film in Cape Town you can get in the ‘best case’ subsidies from the South African Government, from the German Film Finance Fund and the European Union.

The latest product of that tri-lateral film subsidies grabbing machinery using Cape Town as a gorgeous backdrop and as created for the German TV audience is Verschollen am Kap.

Verschollen am Kap is a family eco-thriller about corruption in the global water business and the impact this has on the marriage of Claas ([[Heino Ferch]]) and Judith Lohman ([[Barbara Auer]]) when their idealistic daughter, Karla ([[Nadja Bobyleva]]), goes to Cape Town to improve the family’s ‘karma’, there she meets the lust/love of her life, activist Jonah Maduna (played by Tony Kgoroge).  The themes of corruption, eco awareness and family relationships are universal. The company Gerag, a multinational company at the forefront of the development of cleaner water creates scenarios from which it can, under the guise of philanthropy, exploit Third World countries to make more money. It is not above using corruption as means to further its aims. The film shows the complicit relationship between business and politics and how the two go hand in hand to the detriment of the poor, particularly in developing countries.

The opening panoramic scenes of the dam are replayed later in the film.  The expanse of water is lovingly and beautifully filmed. And introduces the audience to the obviously highly symbolic theme of water. The characters spend a lot of time drinking water, swimming in water, being water-boarded, drowned or just being close to water.  The water linkage through out the film brings cohesion and continuity, although ultimately it is the weak part of the plot.  Water, in South Africa, is a scarce commodity and the mining and other industries use and contaminate water.  So South Africa has had to develop a certain degree of expertise in water treatment and purification and would in all likelihood be able to deal with a water contamination issue such as those featured in the film. But best not to let facts stand in the way of a good story.

Although the characters are stereotypes, the acting is quite good. Heino Ferch is first a calculating ambitious businessman who later ‘sees the light’. Barbara Auer is quite convincing as a mother who has to do things that she would not normally have dreamed of doing in order to find her daughter. Nadja Bobyleva is an idealistic mini eco-activist with a romanticised notion of Africa and a whole lot of father issues.  Tony Kgoroge tries to make something of his role as Maduna, but he comes across as another stereotypical black activist, needing white assistance.  Jasper Christensen, playing the anaemic-looking Leevan, with strange hair, manages a fairly accurate rendition of some of the dubious European people who hang around Cape Town with connections to the criminal world. Wayne Harrison playing Golding is a one-dimensional enigma. The roles of Maduna‘s colleague and Betty are limited but the actors are quite good. Kevin Otto and Jacques Theron are rather creepy in their roles of the ‘baddies’.  The troika of [[Hans-Jörg Assmann]], [[Stephan Kampwirth]] and [[Nele Mueller-Stöfen]] somehow manage to appear rather reptilian, this is probably intended.

So geht´s ab in Kapstadt

Cape Town is a sophisticated urban environment.  Most people there speak English, even though a large percentage of those speak Afrikaans.  So, to go to restaurant in a black area, (there really aren’t that many black areas in Cape Town, there are a lot of coloured, mixed-race, people there!) and order in whatever language it is that Karla squeaks her order, is rather unusual.  It is also rather jarring when the characters speak German to one another, but then for no obvious reason they start to speak English and other languages and German sub-titles suddenly appear. Cape Town has the largest coloured population in the country. Strangely enough they are not seen in the film. The support cast consisting of non-Germans tends to be black or white. A more nuanced understanding, as would have been reflected by having coloureds in some of those roles, is lacking. 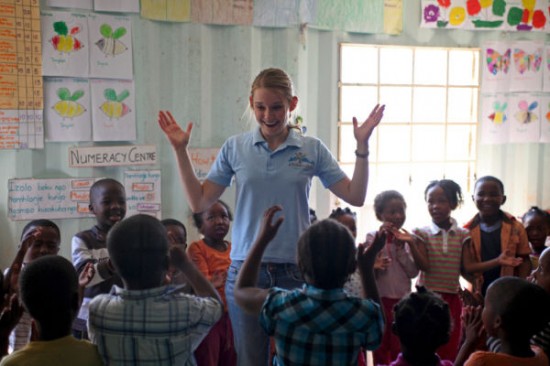 To produce a film such as Verschollen am Kap, in Cape Town is not difficult.  The aim of the producers was to produce a family eco-thriller set in a fairly exotic location. Whether they intended to portray German perceptions of African stereotypes with scant regard to the issues is questionable. The scenes set in Berlin where the lighting is grey and cold and there don’t seem to be many smiling people are in contrast to those set in Cape Town. Most of the scenes filmed in Cape Town are seen through a sort of rose coloured sepia tint that creates a sense of yearning to be there, despite the dramatic events, which take place. Indeed even the townships, shelters, the surprisingly happy smiling people in desperate need of help and the barricaded bridges are shot in this rose-coloured sepia that mitigates the harsh environment.  This rose-tinted view combined with the explanations as expressed by the character, Karla, downplay the reality of the situation and make it fit into a romanticised version of Africa which could be seen to be patronising.

None-the-less, it may safely be said that Verschollen am Kap is a good example of German and South African co-production that meets its objective of providing entertainment to a specific audience who may consider the film a cut above average.