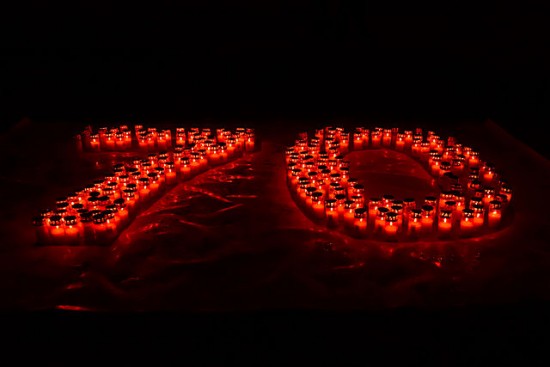 16 April 2015 was International Holocaust day, a day that marks the beginning of the Warsaw Ghetto Uprising and is linked to the 27th day of Nisan on the Hebrew calendar which was on 19 April 1943. Nisan is according to Wikipedia both the first month of the ecclesiastical year and the seventh month of the civil year. As it is linked to the Jewish calendar the date moves from year to year. The Warsaw Ghetto uprising, which in 1943 — on April 19 in the Western calendar — marked the beginning of the Warsaw Ghetto Uprising. Though the date may appear to move around from year to year, it’s always on that anniversary. It was an attempt by the Jews to oppose the Nazi Germans sending them to the Treblinka extermination camps. The Germans finally squashed the attempt and they sent the last Jews to the camps on May 16.

16 April 2015 was day two of the second round of xenophobic attacks , or some may say Afrophobic attacks on African foreigners living in South Africa. It was the day when a fellow foreign national sent me videos showing the injuries inflicted on people in the violence as well as a video of a man burning two young men, two others lies dead or dying,. It was also the last day of the Ditshwanelo Human Rights film festival at Maitesong theatre in Gaborone. The last film was on the Marikana massacre which showed the complicity of Cyril Ramaphosa Director of Lonmin, in the events which occurred just four short months before he was appointed Deputy President of South Africa in 2012.

It was not an easy day for many. It was a day of remembrance of past horrors. It was a day of current horrors being inflicted on the innocent. Social media was buzzing. Many attempted to explain the reasons for the attacks on the foreigners, just as they did in 2008, the first time around. Newspapers even rehashed former president Thabo Mbeki’s I am an African speech and the speech that he gave last time around.

The narrative this time is talking about Afrophobia and black on black hatred. as well as well as, citing the desperation that poverty brings. Journalists of Indian descent are complaining of being chased away from areas by angry South Africans and being referred to as Indian dogs. The fact is that irrespective of colour and whether it is called xenophobia, afrophobia or racial extermination, it remains that it is human lives that are lost. Humans are killing others. This is seen in the video. Somebody woke up in the morning and made a conscious decision to kill innocent people in the most painful way possible. The killer calmly starts to set the youngsters alight. There are obviously screams of agony and when the fires go out he relights the fires. There is a crowd of onlookers. Somebody is obviously filming this, probably a foreign national as it was sent to a colleague of mine who is also a foreign national in a country other than South Africa. 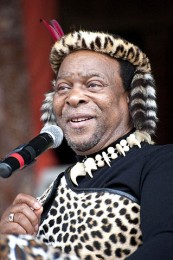 Whilst the horror unfolds in South Africa, the electricity provider, ESKOM announces stage 3 load shedding which means that electricity will not be provided in certain areas. For parts of South Africa the lights will go out for a number of hours. On this International holocaust day parliamentary debate, for once the issue of Zuma paying for Nkandla, his overpriced personal residence paid for by the public takes backstage to the denouncement to attacks on foreigners by all the political parties. There are reports in the media for the King of the Zulus, King Goodwill Zwelithini to retract his remarks made a few days earlier when he called for foreigners to pack their bags and leave the country. The recent spate of xenophobia began in KwaZulu-Natal. The name of the province means the place of the Zulus. The president of the country decries the violence. He makes no mention of the comments made by his son which were seen to incite the xenophobia. Other countries in Africa are showing their frustration with South Africans and prepare to repatriate their countrymen. How sad it must be to be a refugee and flee from a country like Zimbabwe only to have to be killed in a gruesome way in your new place of sanctuary.

Just as the events lead up to the massacre at Marikana so the events in South Africa which started earlier in the year with the government calling for all foreigners to register to be in the country or go home; the eviction of the Zimbabweans from of their place of sanctuary following the first round of xenophobia, the Methodist Church in Hillbrow; the comments by King Goodwill Zwelithini, the Zulu Monarch saying that foreigners should leave and finally following on from the monarch, Zuma’s son saying that the foreigners are a ticking bomb taking over the country. KwaZulu-Natal has a strong traditional system where what the king says is accepted and not questioned. Zuma is a Zulu. He may not be the monarch but he is the president of the country. People take note what he and his family say and do.

The sad irony is some of these people who came to South Africa from the surrounding countries are descendents of people who fled the Mfecane wars between indigenous ethnic groups between 1815 and 1840 which were preceded by the Zulus and followed up on by the Matabele. 200 years later, two world wars later, the holocaust later, many instances of genocide and ethnic cleanings worldwide but notably in Rwanda later the former poster child for integration and democracy, South Africa now lies in a sorry mess.

Such was the day commemorating the International Holocaust Day and nowhere is it asked of those committing the atrocities “how could you do it”? “Why don’t you accept responsibility for your actions?” The narratives are a way of ascribing reasons for the action but each fail to take into account the moral freedom of the individual. Poverty is inhumane but that does not mean that the inhumanity should be reflected in brutality and barbarism. Yes, we all hang our heads in shame at the actions and it could be that we are somehow complicit to a degree, but nowhere are we responsible for the killings. The killers, alone, must take full responsibility for their brutal actions. They cannot blame others. The rest of Africa is judging South Africa and the outcome will be not favourable.