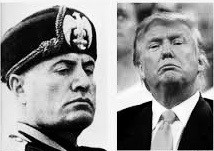 “IF YOU KILL ME NOW,”
Benito Mussolini reportedly
said to his Italian executioners in  1945,
“I will come back as the head
of a far more powerful nation
in need of a leader…”

The beast is loose

Fascism plagued much of Europe from the 1920s through the 1970s, and even somewhat beyond. Political disease of this recent past is prologue to the dangerous political season at present. I speak, of course, of the American presidential election campaign underway in a fever swamp of economic anxiety, xenophobia, racial bigotry, anti-Semitism, homophobia, anti-intellectualism, misogyny, religious zealotry, police brutality, and oligarchs beating the drums for permanent war as a fundament of foreign policy.

Historians are the chroniclers of repetitive folly, which is to say the human condition. As this is written, their emergent consensus is that European-style fascism is au courant in the United States. As best evidence: One-half the American political establishment, namely the Republican Party, offers presidential candidates who constitute a Greek chorus for old-world despots. Two of this ilk bear chilling physical resemblance to tyrants dead and buried—

Respectively, Messrs. Trump and Cruz represent first and second preferences for Republican regulars currently casting votes in state-by-state preliminary contests leading to the party’s nominating convention this July in Cleveland, Ohio. Each man cleaves to the oligarchic right of the U.S. political spectrum; each man engages in personal insult, and relies on the stupidity of their flocks. Mr. Trump’s speeches are larded with lies and barnyard crudities; the permanently sneering Mr. Cruz, an alumnus of Princeton University and Harvard Law School, oozes the foul syrup of cynicism.

Meanwhile, Mr. Trump calls for murdering the wives and children of terrorists, a ban on dark complexioned non-Christian immigrants, and unabashed use of Tomás de Torquemada’s favorite torture technique. Mr. Cruz pledges to “carpet bomb” large swaths of the Middle East—damn the laws against committing war crimes, full speed ahead. Their bullyboy mouthings stink of the fascist bad breath. They are not alone in hateful rhetoric.

According to the Times, those who challenged Messrs. Trump and Cruz “[embraced] the same game of exclusion, bigotry, and character assassination.” The influential newspaper reserved special scorn for Republican also-ran Marco Rubio, the childish Florida senator who implied that Mr. Trump suffers penile paucity, and revealed that Mr. Trump apparently wet his pants during a debate. Amanda Taub, adjunct professor of international law and human rights at New York’s Fordham University, characterized Americans attracted to this season’s crop of Republicans as creepily reminiscent of the pre-World War II public in Germany: “People who score high in authoritarianism, when they feel threatened,” she wrote, “look for strong leaders who promise to take whatever action necessary to protect them from outsiders and prevent the changes they fear.”

South Carolina Senator Lindsey Graham, arguably the least offensive of failed Republican rivals to The Donald and the prayerful Mr. Cruz, came to his senses after his own short-lived campaign. He judges the front-runners rather harshly. During a dinner banquet address in late February before the Washington Press Club Foundation, he said Mr. Trump is “generally a loser as a person and as a candidate.” Of his god-fearing colleague in Congress, famously loathed by his fellow Republican legislators: “If you killed Ted Cruz on the floor of the Senate, nobody would convict you.”

For good measure, Mr. Graham said of Republican leadership, as well as the rank-and-file: “My party’s gone batshit crazy.”

Indeed. Republican voters continue to prefer Donald Trump above all others, despite the leading lights of his fan club:

‘BATSHIT CRAZY’ for Trump (from left): Jean-Marie Le Pen, founder of the anti-immigrant National Front of France; ex-Republican state legislator and neo-nazi David Duke of Louisiana; Republican Governor Paul Le Page of Maine who instructed an aide, ‘Tell ‘em to kiss my butt’ in reference to the National Association of Colored People; propaganda organ of the American Nazi Party, which has endorsed the Trump candidacy.

And this unnerving image, captured in ABC-Television news video during a March 5 campaign rally in Florida—as Donald Trump encouraged Republican voters to signify allegiance to him and his cause:

Colby Cash, a contributor to the National Post of Toronto, describes himself as “just a dumb Canadian libertarian.” In his March 4 column for the Post, he took the people of the United States to task—especially those of us who passively object to the fascist spectre of fascism:

Bien-pensants are suddenly desperate to understand this unfamiliar monster who has somehow been at the forefront of American pop culture for three decades. “Our politicians used to address themselves to the best in us — what happened?” they cry. …They deplore Trump’s blowhard rumbustiousness…[They revere] Teddy Roosevelt, who, like Trump, was born on third base with a gift for puffer-fish social tactics.

[Trump] really is like Hitler, in this: he sells absolution to those too inarticulate to explain or defend their prejudices. It is universally acknowledged that less-skilled American workers are in a bad state. …[I]f Trump is a charlatan who saw the conditions for populist agitation and crafted an opportunistic message, all I can say is: well played.

What I ask of Americans who deplore him is, what did you do about these conditions when something might have been done? Did you not think your civilization was particularly vulnerable to hucksters and loudmouths?

The closest I come to being a religious person is my Jungian-like faith in a collective unconscious allowing for two mysteries to exist in this world: free-floating good and free-floating evil. Religionists personify these forces as God and a fallen angel who became the beast known as Satan. I believe further—and perhaps Mr. Cash agrees—that people and their societies create and maintain conditions in which opposing mysteries may freely blossom.

Just now, in America, the beast is loose. 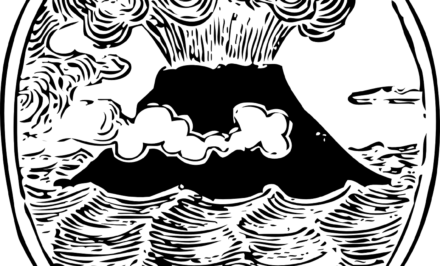 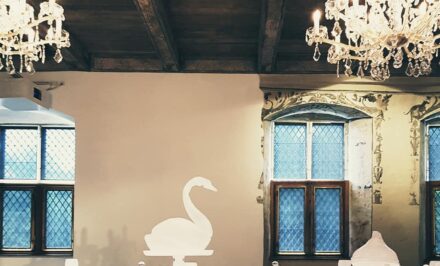 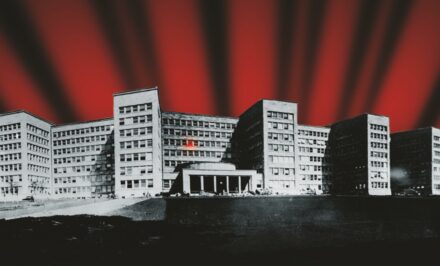 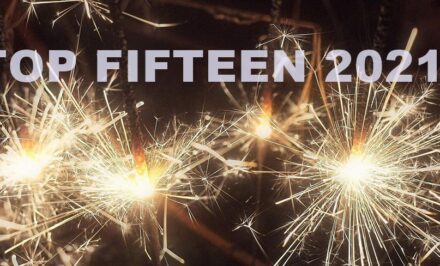