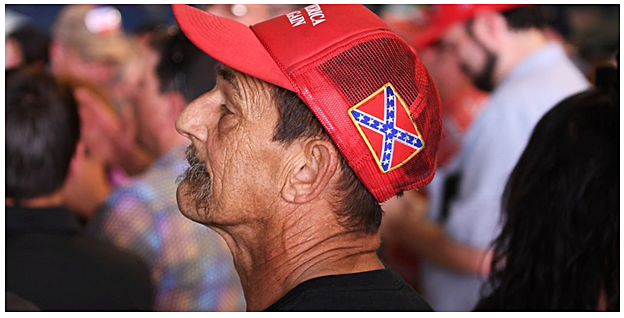 For a definition of ethnocracy Wikipedia provides: „An ethnocracy is a type of political structure in which the state apparatus is appropriated by a dominant ethnic group (or groups) to further its interests, power and resources. Ethnocratic regimes typically display a combination of ‚thin‘ democratic facade covering a more profound ethnic structure, in which ethnicity (or race, or Religion) – and not citizenship – is the key to securing power and resources. An ethnocratic society facilitates the ethnicization of the state by the dominant group, through the expansion of control, often through conflict with minorities and neighboring states.“

This definition of ethnocracy also covers many countries in Southeast Asia. It also extends to countries in Europe, the Middle East, and Africa. Trump’s election was a wakeup call. We found that what we thought of as democracy was a public relations sham. Unless, of course, you are part of the dominant ethnic group, then you are celebrating a return to the way things should be. You’ve recovered your dignity and respect and those outsiders have been pushed back.

Donald Trump’s election as president in 2016 signified a major advancement of the concept of ethnocracy. The current genocide of the Rohingya in Burma is another example of ethnocrats ‚cleansing‘ their state of minority ethnic Groups.

Demos is the Greek word for the people. Democracy is a system where the consent of the ‚people‘ is the basis of legitimacy for those who govern. The word ‚people‘ is in scare quotes because there lies the Problem – how do you define ‚the people‘? The people’s (however you define that group) consent is conferred through an election. With voter intimidation, suppression, rigging and gerrymandering, it is possible for a dominant ethnic group to discourage ethnic minorities from voting. The effect is a political system that has the outward appearance of a ‚demos‘ consenting to the governing authorities but in fact this is a sham.

The left and right, republicans and democrats, nativist and globalist are united in their belief that the other side is supporting a sham to suppress them. There are daily news reports showing that the real split is between two social constructs of reality: global/international and the native/ethnic. The two perspectives, which determine how to allocate resources, extend security and protection, and set the power and role of authority are in conflict. There is no middle ground. You see people as the species or you see the people as a mythological ethnic group of which you are a member.

An article in the Bangkok Post reported a growing anti-tourism feeling in many countries. Foreigners are no longer welcome. It’s not just tourism. Religious dogma has been used as support for blood letting by nativist groups. In Burma, the genocide conducted by the civilian and military government has been led with Buddhist monks in the forefront of the call to eliminate the Rohingya. Trump made campaign promises to build a long, expensive (an ultimately useless, symbolic) wall between the Southern United States and Mexico. Bans of immigration and travel have followed. Racial hatred against minority groups has been on the rise in many countries. Police brutality is disproportionately applied against ethnic minorities. Prisons are filled with ethnic minorities. But somehow we can bring ourselves to see the pattern. One goal of an ethnocracy is to destroy the ability of the dominant group to see such patterns. Willful blindness is a psychological requirement for an ethnocracy to work. Women, particularly ethnic minorities, do not fair well in terms of rights, education, security and protection in ethnocracies. Margret Atwood’s The Handmaid’s Tale won Emmy Awards including Outstanding Drama Series for a dystopia where women had lost their rights in a rigid, ethno culture.

Censorship has a new life in the ethnocracy. Knowledge, expertise, and intelligence are devalued and nativist propaganda bans studies, books, discussion and dissemination of information that counters the ethnocratic version of reality. The anti-intellectual fury against science and knowledge workers is understandable. Unless that knowledge and the scientific method for examining reality is shutdown or marginalized or dismissed, the results of the research might be used by the global/international group to undermine the myths upon with an ethnocracy is constructed. We’ve seen on YouTube ethnophiles who have had a DNA test showing their mix ancestry and the cognitive dissonance that caused. There have been, for example, a number of articles showing that historically there was no ethnicity in the sense we use that term today. The great fear of ethnocrats is their founding idea of race and ethnicity is true and real rather than a construct of our minds. Evidence that it has no biological or evolutionary support will never change the mind of an ethnocrat.

Science is distrusted by ethnocrats for a couple of reasons. First, science cares nothing about ethnicity as a membership requirement. Instead scientific method and process depends on the quality of a mind, it’s openness, it’s curiosity, and it’s ability to co-operate with others from different cultures. That makes science a global force and a natural enemy of the ethnocrats who are anti-science in order to secure their belief system. Second, science has the evidence and the means of communication to demolish the concept of ethnicity. It is a man-made construct and the racial hatred it encourages becomes the building blocks of an ethnocracy and its culture. If you examine the budgets in an ethnocracy they are surprisingly consistent: science is defunded, de-emphasized, and scientists encouraged to work as engineers to build a strong ethnocracy.

The nativists are the core of the ethnocratic dominant group. They will refuse to accept the science of climate change and for a very good reason – the nativists have no solution climate change. It can’t be problem if there is no solution. There is only a global solution to deal with climate change and that is to go beyond ethnocratic cultures and mindsets. The ethnocrats don’t see an impasse. They don’t find a problem. You find the same approach with the concept of ‚freedom of expression‘ or ‚human rights‘. The Burmese rankle at the idea they are committing genocide or engaging in ethnic cleansing against the Rohingya. This is, for the nativist, not a ‚global‘ issue, and there is no ‚global‘ morality, only local, cultural ways for the dominant ethnic group to deal with their minority populations. The government officials don’t want NGOs, news correspondents, or other observers on the scene to report what their security forces have done along with local dominant group members. That is consistent for nativists; they believe they are superior and in the right but when challenged become aggressive about their rights as a sovereign nation/state and demand non-interference in their domestic affairs.

Historically, the ethnocrats have support for their position in the seventeenth century the Treaty of Westphalia. „State sovereignty is the principle of international law that each nation-state has sovereignty over its territory and domestic affairs, to the exclusion of all external powers, on the principle of non-interference in another country’s domestic affairs.“

We are no longer living in the world of 1648 Europe. Nation, like the Greek word, People, has created a tension as technology has encroached on state sovereignty, and the major existential problems facing mankind as no longer ones local governments can address on their own. The ethnocrats want 1648 treaty to be the model now and in the future. That is understandable if your goal is to advance the interest of a dominant ethnic group inside the boundaries of a state. Look around places like the Middle East, Africa, Asia, and America and ask yourself how well the 17th century shoe fits the 21st century foot size.