Kolumne: John Harvey: In a Mellotone (4)

According to my notes, I’ve read close to 60 books this year, fiction and non-fiction, and there are two that stand out from the rest: both non-fiction and, by sheer happenstance, the first and last books on that list. Both books are about America, American lives, and are distinguished by a quality of writing and sense of purpose that make them difficult to set aside or to forget.

David Finkel’s “Thank You For Your Service” is a sequel to “The Good Soldiers”, his account of the time he spent with an Infantry Battalion on the front line in Baghdad. This later book describes, in painful and compassionate detail, the difficulties that some of those soldiers faced when they returned home.

Ta-Nehisi Coates’ “Between the World and Me” is written in the form of a letter to his son, a letter in which he describes what it is like – what it has been like since the days of slavery – to be a black person in America. “Here,” he writes at one point, “is what I would like you to know: in America it is traditional to destroy the black body – it is heritage.”

In comparison, none of the fiction I read had the same vividness or power.

But there were good things, nonetheless. Discoveries, too. I picked up Tom Drury’s “The End of Vandalism” because Jon McGregor’s name was on the cover and he had written a foreward, and I’ve learned to take McGregor’s recommendations seriously. After that I read all the Drury I could lay my hands on and enjoyed them all, “Hunts in Dreams” and “Pacific”, the other two Grouse County novels set in the rural mid-West, especially.

At first you read Drury – this was my experience, at least – with a sense of precarious enjoyment; the characters are unbelievable and yet all too believable, they behave in ways that are unpredictable but make a kind of sense, pulling the narrative in directions that confound and confuse yet seem sort of okay, sort of right. This oddness – their oddness – seems to be holding them at a distance rather than encouraging us into any strong sympathy, but then sitting us down on our backsides with a thwack when we realise, as the end approaches, that we’re more emotionally involved than we might have thought possible around page 90 or so. How did he do that?

Kent Haruf was no new discovery. “Our Souls at Night” will be his last novel – a novella, really – finished, I imagine, not so long before he died. And it has, in its telling of a friendship and brief affair between two ageing people, more than a strong sense of mortality. Like all of Haruf’s work, it is tender and unflinching and written in prose that is direct and evocative. I know I shall re-read this and his earlier books with continuing pleasure.

Three other discoveries: Eoin McNamee’s overlapping crime & conspiracy novels set in Northern Ireland – “Orchid Blue”, ‘Blue is the Night” and “The Blue Tango”; Edward Wilson’s espionage novels – “The Darkling Spy”, “The Whitehall Mandarin” and “The Midnight Swimmer”; and – quite brilliant, these – David Means’ short stories, collected in “Assorted Fire Events”and “The Secret Goldfish”. I wouldn’t be surprised to learn that Jon McGregor liked those, too. 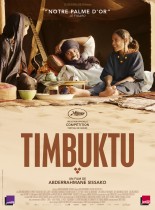 There was one movie this year that, for me, stood head and shoulders, heart and brain, above all others and that was Abderrahmane Sissako’s “Timbuktu”. Set in a Mali under the sudden unyielding and conflicted rule of Islamic fundamentalists, it is beautifully shot, beautifully acted, intelligent and almost unbearably moving.

After that, my second favourite would be Niaz Diasamidze’s “Tangerines”, another film about humanity and common feeling amidst a country being torn apart by doctrine and violence – in this case, the Apkhazeti region of Georgia.

Elsewhere, there was much to be enjoyed in Oliver Assayas’ “The Clouds of Sils Maria”, not least Kristen Stewart’s performance. And there was a fine performance by Carey Mulligan in Sarah Gavron’s “Suffragette”. I was held by the atmosphere in Alberto Rodriguez Libero’s “Marshland” and gripped by Denis Villeneuve’s “Sicario”. Roy Andersson’s “A Pigeon Sat on A Branch Reflecting on Existence” was as surreal as the title and Andersson’s previous work led one to expect, but not without it’s insights into the human condition.

Then there were some fine documentaries, notably Wim Wenders’ “Salt of the Earth” about the photographer, Sebastião Salgado, co-directed with Salgado’s son, and Marc Silver’s “3 1/2 Minutes.10 Bullets”, about the shooting of a black youth and the trial of his white assailant. It’s just one of many similar instances referred to in Ta-Nehisi Coates’ book.

Not as much live music this year as I would have liked.

And one brilliant evening of poetry and jazz: Barry Wallenstein reading with the Mike Hobart Band at the Vortex.