The Yakuza: No Longer Welcome in Japan

– The yakuza, the 80,000 gangsters that make up the Japanese mafia are no longer welcome in Japan. The days when they made hundreds of millions, running construction firms, collecting protection money, making real estate deals,  extorting companies and blackmailing civilians are fading away slowly. In November of 2010, the Japanese Police arrested the acting chief of the largest yakuza group, the Yamaguchi-gumi (40,000 members). On December 1st, they followed it up by arresting third highest ranking crime-boss and the financial mastermind of the group, Tadashi Irie, for violations of the anti-organized crime laws, dealing an unprecedented body blow to the organization. “The boss getting nabbed was a punch in the gut, but the arrest of Irie was like getting shot in the head. The organization is in chaos. No one knows who’s running the show,” laments one Yamaguchi-gumi mid-level executive. It was the climax of a war that began in September 2009 and is still going. And just to show that no one was off limits, this December 3rd, the Tokyo Metropolitan Police reopened a cold case by arresting a former Goto-gumi member for the 2006 slaying of a real estate agency executive. Goto Tadamasa, the former head of the Goto-gumi, who received a controversial liver transplant at UCLA in 2001, is suspected of ordering the hit and the police are continuing to investigate. The fact that he is retired and now a Buddhist priest doesn’t get even him a get-out-of-jail-free card.  There is speculation that the arrest was also timed to make sure that Goto does not rise back to power in the chaos that the crackdown has brought.

The war on Japan’s mafia is starting to have a serious impact; new laws are going on the books, prefecture by prefecture, which make it a crime to pay off the yakuza or provide them with capital. Yakuza members are having their bank accounts closed, being booted out of public housing, and being arrested on any minor infraction of the law that the police can find. All across Japan, citizen movements are arising, local residents are demanding yakuza vacate their offices, and in many cases, lawsuits are filed forcing their eviction. Deprived of revenue, hounded by the police and local residents at every turn, and running out of places to set up shop, Japan’s tacitly recognized but regulated organized crime groups are becoming desperate. They are also turning on each other.

The third largest organized crime group in Japan, the Inagawakai (10,000), which it is effectively under the thumb of the Yamaguchi-gumi and the Sumiyoshikai, Japan’s second largest crime group (12,000 members) severed “family relationships” on November 20th. The two groups were in a cold war that threatened to heat up at any time. In January, they restored peaceful relations but the police are on red-alert status. Even within the organizations themselves, there appears to be inter-factional violence breaking out which weakens each organization. One detective on the Osaka Prefectural Police Department Organized Crime Control Division commented on the current situation by saying, “The media reports in Japan that we are worried that the arrests will cause inter-gang and inter-factional strife. We’re not worried that it will happen, we’re hoping that it does. We want them turning on each other. When the gangsters start fighting amongst themselves, they will be weakened. The Yamaguchi-gumi monopoly on organized crime is bad for everyone.” 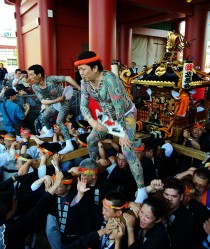 The role of the yakuza in Japanese society

It’s not quite clear that the Japanese government or the police really want to eradicate the yakuza. What is clear is that they want to rein them in, break their spirit, and get them under control. The reasons are numerous. To really understand why the yakuza aren’t wiped out in Japan, you also have to understand their integral place in Japanese society.

The yakuza are not secret societies.  Their office addresses are listed in phone books, on their business cards and in the NPA Annual white paper on crime. Senior members not only carry business cards engraved with the organization logo, they wear ornate platinum badges on their Armani suits. There are fan magazines, comic books, and movies celebrating their exploits in most bookstores and many convenience stores. If you want to know the names and faces of the top bosses, you can buy that information in a 500 yen (5$) mook (magazine-book) and be up to speed in minutes.  The term “yakuza” originally comes from Japanese card gambling. It refers to the worst losing hand possible, an 8 (ya), a nine (ku) and a (3). If you draw that hand in the game, you’ve lost.

In other words, “yakuza” means “losers”. It’s a very humble term. However, the yakuza in Kansai, where the Yamaguchi-gumi are based, refer to themselves as 極道 (gokudo) i.e. “the ultimate path.” They lack humility. The police refer to them, as do the laws as, 暴力団 (boryokudan), literally “violent groups.”

The yakuza themselves do not tout their existence as criminal organizations.

They promote themselves as fraternal chivalrous groups that protect society from street crime, especially from foreigners (who are synonymous with criminals in the Japanese mind), and who do charity work while performing civic duties. Essentially, they portray themselves as a cross between the Guardian Angels, patriots, and the Kiwanis Club. And perhaps in the chaos of post-war Japan, they had such a role. The yakuza claim that their presence keeps down street crime: muggings, purse-snatching, robberies—and their some truth to that as well. There is a strict code of conduct which makes: theft, robbery, rape, and dealing in drugs automatic grounds for expulsion and discipline. Those codes of conduct were uphold, once upon a time. Yet, the yakuza insist that they are not criminal groups.

Currently, if it just so happens that a large number of their members get arrested for drug trafficking, stock-manipulation, extortion, black mail, and assault–well, if you ask the yakuza bosses, those guys are just „bad yakuza.“  And invariably, once a yakuza is arrested for a crime, his group will immediately expel him, issuing a note of banishment (called a hamonjo), which they will then send to the police. If the yakuza are fast enough, the suspected criminal is reported in the press as „an ex-yakuza member.“

The yakuza as noble outlaws and the protectors of Japan is an image they themselves carefully cultivate, and thus are cooperative with the three monthly and three weekly yakuza fan magazines that sing their praises, as well as the making of films and comic books about their past and present members. 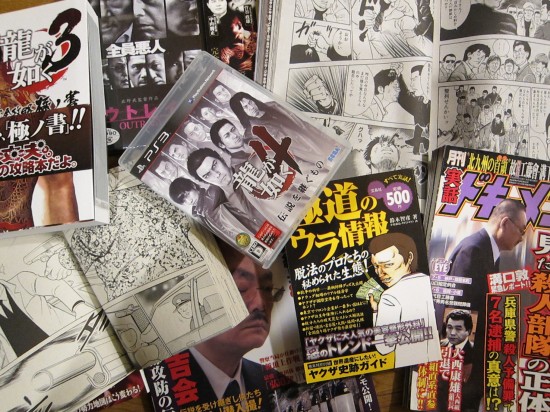 The exploits of the yakuza in Japan are celebrated in comic books, fan magazines, and a best-selling series of video games. The unapologetic autobiography of former gang boss Goto Tadamasa was a best-seller last year. In the book he show no remorse for the attack his gang members made on the director Itami Juzo, who made the first film depicting the yakuza as brutal, conniving, racketeers without honor. He claims not to have given the orders but salutes the initiative of his underlings who did the deed.

Everyone knows that their is a huge chasm between what the yakuza claim to be and what they really are but they have long been allowed to exist in Japan, a country where tatemae (pretense) almost always precedes honne (reality or true feelings). However, in recent years, the chasm between what the yakuza do and what they pretend they are doing has grown so wide that the pretense is falling apart. 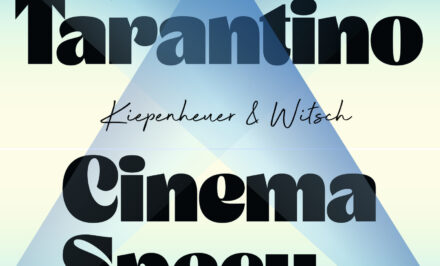