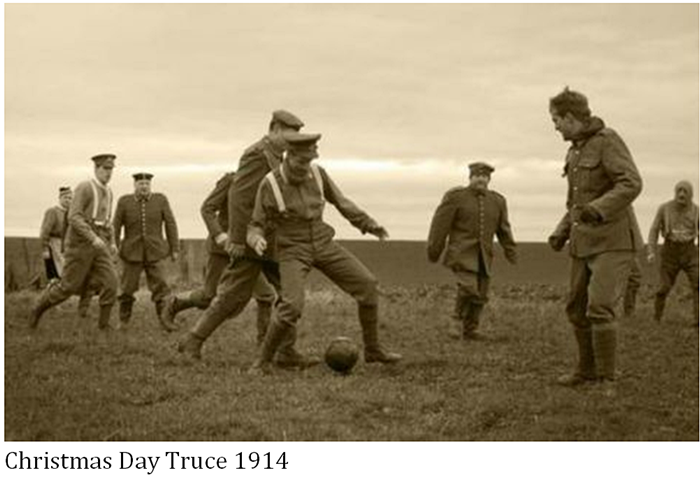 Swimming pools of ink have been emptied in the discussions of the intense verbal warfare in America about politics as the president fires tweets like a machine-gunner at a wide range of enemies. In all of these dramatic battles, there’s not been much discussion about a central question that defines our humanity: have we loss our sense of empathy? Exactly what makes empathy a desirable trait? I recently read an interview with Nick Bostrom, Professor in the Faculty of Philosophy at Oxford University and Director of the Future of Humanity Institute, who writes about the danger of AI; he is worried that mankind might suffer an existential crisis should AI lack empathy. In an interview with Andy Fitch of the Los Angeles Review of Books Bostrom draws what is, I believe, a useful distinction between two different meanings of empathy.

In the first sense, empathy is our ability to read the mind of others: their intentions, emotions, and feelings. Our theory of mind is based on the words, gestures, posture, and the context that provides enough information to make a reasonably good prediction of what another person wants or is seeking to obtain from his or her own actions. If you can predict with reasonable accuracy what someone is after, this is a huge opportunity to take advantage of another’s vulnerability.

In the second sense, empathy is using the theory of mind to dissect the wants, urges and desires of others, and genuinely being interested in and caring about their intentions and feelings. What makes us human is this innate sense of caring. It limits the kind of actions we take as we want to avoid causing harm to the people we care about. If we care only about the feeling we share a common cultural or religious identity or does that caring scale to others who have different attitudes and beliefs from us? Everyone needs to ask themselves how far the caring empathy scales to people outside of their tight circle.

A psychopath may have an overtly developed sense of empathy in the first sense, but a psychopath lacks any ability to care about the people whose minds he or she can read. No one existence inside a psychopath’s circle of people whose feelings he cares about except himself. It’s that void we find frightening about a psychopath.The psychopath may take it one step further and take pleasure and satisfaction in harming, crippling or killing others. What Bostrom was concerned about was that AI is a kind of psychopathic intelligence that may not necessarily set out to harm us but has no human notion of what it means to care about how someone else feeling come into play when making a decision or taking an action.

We are some way from creating an AGI—Artificial General Intelligence. How far away is that time? No one can predict the time frame. We live with that uncertainty and that risk. Our more immediate problem is happening now. We are in an era of empathy reduction of the second kind by us, homo sapiens who have become overtly polarized. You can find ample evidence in the first year of Trump’s presidency. The Democrats along with many on the left believe Trump has caused damage to the democratic traditions and constitution system of the United States. Not to mention he’s managed, in their view, to have destabilized international treaties, alliances, and human rights. But Republicans and those on the right believe Trump will save the United States from the heavy hand of big government and overregulation, and protect US citizens from terrorists. The US electorate is deeply polarized, and neither those on the left or the right are interested in exploring a common political ground. But it has gone beyond politics. People hate people they don’t know based on their political beliefs and affiliations. Neither side cares about the feelings of the other. In other words, a large number of Americans (and others around the world) are slipping into a group psychopathic mental condition. Both camps have militarized their empathy in the first sense, and, at the same time, have buried dug the grave for dumping the second element of empathy: caring.

One row in the graveyard of empathy (in the caring sense) is filled with the unread fiction. The best novels celebrate our capacity for empathy and that is why these books have been written, read, treasured, and handed down. People are buying fewer novels. They are reading even fewer of the books they buy. I wouldn’t say people are reading less. Many are reading more from their social media timelines. Is your timeline a source of empathy for all sides? More likely, like my timeline, it is a one-sided empathy landscape. Cheerleaders are working 24-hours a day feeding me signals that remind me when to feel smug and self-righteous and when to feel anger and outrage. My timelines on Facebook and Twitter allows me to feel comfortable, right, engaged, part of a community or tribe of people who see the world very much like me. This is an emotional trap and I’ve stepped in it. Social media timelines are popular because of the clever way they work on enhancing our empathy in the first sense of figuring out what someone is thinking or feeling. It is remaking our vision of the world as one that is occupied by psychopaths because we use this information to launch an attack. Read any popular website like the New York Times comments sections on a political story. It’s a humbling lesson when it comes to empathy. But this is not how many of us wish to see ourselves. It’s hard to hold up the mirror when what is reflected is not consistent with our self-image. The Trump administration most dangerous accomplishment would be not to recognize what we are seeing in the mirror as 2017 closes. It’s not him. It’s us. You. Me. In the last year, ask yourself the cost we’ve all paid by concentrating on theory of mind of others while ignoring caring, letting it atrophy like an unused muscle. We find a movement to mock the idea of caring. Someone who cares about other’s feelings are called ‘snowflakes’ as if empathy turns you into an emotional puddle. Hold that thought for the day when AGI arrives and we are treated as 7.5 billion snowflakes which as far as AGI is concerned, how we feel is irrelevant to it’s actions.

Fiction has another purpose—to make you care about all the characters, the good, the bad, and sometimes even the ugly ones. Characters are said to be thin, two-dimensional, or shallow if absolutely nothing in their lives, plans, history that humanizes them, and makes us care about them. We condemn the bad, for whom we withhold redemption and forgiveness easily. But people and life are complex, often contradictory, neither black nor white. Caring about the feelings of others opens the door to a more complex, complicated, broken, and fragile world. Nothing works the way it should, nothing is really fair or just, and everyone dies in the end while meanwhile we try to get along with the least amount of conflict as possible. In order to make an armistice we need load both barrels of the empathy gun. I don’t see the will to that and that should worry us.

We have reached a stage of anger, hate and polarization when we don’t care to consider anything that would humanize a Donald Trump or a Hilary Clinton or their supporters. Even the best of our commentators and pundits are drawn into the frontline battles where any sign of caring is viewed as a betrayal. We cheer when someone on our side lands a blow, although we should be reflecting and digging deeper. We don’t dig. We stay firmly on the surface like good soldiers protecting his comrades at arms. We are at war.

There is a term for what we are avoiding in caring about something we have intense feelings of dislike—it’s called cognitive dissonance. We hate and project that negative emotion on people who don’t think like us. Part of the process is the inevitable avoidance of facts or information that contradicts our belief about an idea, a culture, or a person. In this simplistic, binary world of black and white, the information is sort into one or the other category. You are on the white side; those ‘morons’ are on the dark, ignorant side. No one cares about what a moron thinks or feels. We call someone a moron or stupid so we can dismiss, diminish, mock, or ridicule such people. We have never been so fully weaponized for social and political battle. Our arsenal includes a mishmash of images, hashtags, photographs, videos, comments, blogs, and gossips. As digital warriors we sit before our screen poking the other side in the eye with a digital stiletto. As they are blinded, it doesn’t hurt, right? Our side cheers. The other side retaliates in kind. And so it goes like the trench warfare of World War I. 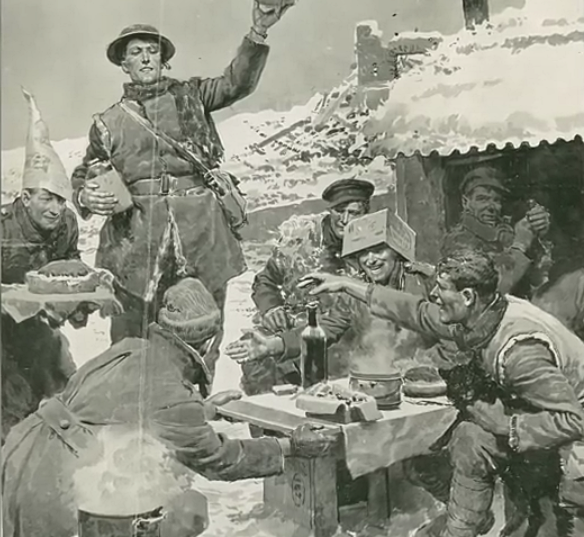 My New Years wish is that we start 2018 with an intent to rediscover our second sense of empathy. We need to remind ourselves, and to urge others, to care more about each other’s feelings. It’s not enough to care about the feelings of people you like, those on your side of this digital no man’s land. We need to also care about the people on the other side and make room for their feelings. We have evidence from the past where such a miracle happened.

In the history books it’s called the Christmas Truce. On Christmas Eve and Day 1914, French, German and British troops left their trenches on the Western Front and entered no man’s land where they mingled, exchanged food, played football and sang carols. Although the generals forced them back into the killing machine, for a moment in time we were shown a glimmer of the best of our empathetic selves. The lesson is when you hunt for the caring part of empathy, don’t look to the generals or politicians or pundits, instead look to the common foot soldier for leadership in caring. We have a chance to get out of the trenches and call a truce on Christmas Eve and Christmas Day.

Why don’t we take that chance?