A Guide to Staying in Power

This book is not available on Amazon. There is no ebook version to download. The authors don’t put their names on the spine or the cover. Yet as events in the Middle East and elsewhere have demonstrated, the Official Killers Handbook surfaces behind the news stories on the Internet, newspapers and TV. Take the case of the CIA operative in Pakistan who, turning to Chapter 8: How to Shoot People You’ve Identified as Bad Guys When You Are Driving a Car. Raymond Davis, the operative, shot and killed two men with a Glock handgun.

The Americans say he has diplomatic immunity and want him released from prison. The Pakistani position is that Davis wasn’t entitled to immunity. Besides, they say you can’t just go around shooting people in a busy street, holster your Glock and go back to work as if you are Dirty Harry making the city saver for the common folk. The Americans say the Pakistanis just don’t get it. And they are leaning on the Pakistanis, threatening to cut off a bunch of aid that already has pre-designed cuts assigned. It’s like the transcript from a messy divorce discovery proceeding.

The Handbook makes it perfectly clear that a Pakistani operative attached to the Pakistan Embassy who takes out his Glock and shoots two Americans in Washington, D.C. is dealt with according to Chapter 9: There Are No Circumstances Where Foreign Operatives Are Permitted to Kill Americans. Any President agreeing to diplomatic immunity and sending the killer back to Pakistan would have about as much popularity as his counterpart in Pakistan, should the Pakistani leader cave in to the Americans. 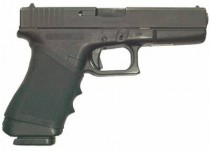 What this case shows is that Official Killers Handbook is written by the most powerful countries and its law has the bite of Predators, Gitmo, water boarding, air craft carriers, renditions, special forces and Fox TV among other ways of ensuring that all chapters are fully complied with by the small fry, which includes every other country but America.

This doesn’t stop other countries from writing their own local Official Killers Handbook. But there is a big difference. The small fry countries don’t suffer the delusion that how they officially murder people can be carried out on America soil. It’s doubtful they’d even attempt to make that argument stick. Libya has gone straight to the heavy arms chapter (that’s Chapter 2) which says that when the population starts to stream into the streets demanding that the leaders step down, then there is no choice but to bring in mercenaries, machine-guns, and fighter planes to murder enough of the protestors that the others lose heart and go home. Press the emergency button and stand back because incoming is going to rearrange the DNA structure of a lot of people.

Libya is only one example. Scratch the surface in any country and you’ll uncover evidence that such Official Killers Handbook exists but is circulated among only a few people on a need-to-know basis. The rest of us have to reconstruct the chapters from the evidence.

The first matter of evidence is the identity and number of those killed. Governments—as Stalin, Pol Pot, and Mao have demonstrated—have the capacity to murder mind-numbing numbers of their own people. Of course, they never call it murder. It is reform or social reorganization to advance the betterment of the citizens. Maybe the best thing about the old warlords and Mafia strongmen was they were honest—they killed people to expand or protect their profit centers and eliminate competition. Governments are never that honest or straightforward. Politics as the struggle to maintain power is Raymond Davis on steroids on a mass, industrial scale; only it doesn’t happen in other places, it happens in your home. Note this applies if you live in the third world.

Immunity is one of those legal words that everyone wishes they had in their personal wallet on one of those plastic cards with your photograph, thumbprint, name and address. And every time you kill someone because you feel a threat, stand around and wait until the police arrive and show them your card. The police sigh, shake their head, and walk back to their cars and drive away. They radio in: “Suspect has the card.” It hasn’t expired. No need to lawyer up, no need to miss that important appointment for the suit fitting and lunch with friends. It is this kind of card that cops and military personnel carry in case someone objects to taking care of someone on The List (see Chapter 6). 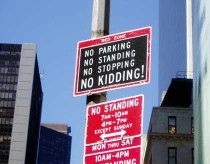 Diplomatic immunity—one of those convenient 18th century ideas—that all governments despite the technological and social changes cling to the political skin of modern life like a hooker’s tattoo. This one has been in the Official Killers Handbook is crucial to popping (Chapter 7: Popular Synonyms for Murder) people in other countries, and there is an obvious market for such activity, that even postage-stamp-sized countries want their officials to have immunity if for no other reason they like to park wherever they want in New York City. Trading parking places for murder with the big boys is a glimpse into the world where countries are divided between gladiators and 99lb weaklings.

Another important chapter in the Handbook is devoted to explaining why all those dead people are lying in the street. Third hands, foreigners, terrorists, or unknown troublemakers are popular explanations. No novelist will ever reach the creative heights of a government that has killed its own people and then explained how it didn’t kill its own people but someone else did. Shift the blame on the protestors is a good strategy. There’s always going to be someone, in a large demonstration who throws a rock, a Molotov cocktail, or has a gun. Like with the Davis case, self-defense is something that always plays well to a crowd. Cold blood murder is off-putting. It doesn’t put the best face on the government and doesn’t help with the annual tourism promotion programs.

Proportionality is another factors covered in the Handbook. Shooting a rock thrower with a tank is not proportional. Not that this doesn’t happen, there are usually great attempts to turn the rock thrower into a terrorist and armed with a weapon of mass destruction. Thus the need for the tank to take him out. There’s no real agreement among governments as to what is proportionate response to demonstrations. Ordering your air force to bomb demonstrators might cause some of the pilots to fly and land in another country and seek sanctuary as happened in Libya. Not an unrealistic assumption that anyone giving such an order might well turn on you. And besides, those people in the street are your aunts, uncles, brothers, sisters, and neighbors, people that you went to school with. And bombing them isn’t exactly what the recruiting officer said would be your mission as a pilot.

As the governments in the Middle East topple and other governments around the world with restive populations look on, more and more people are asking questions about how they can get a copy of the Official Killers Handbook for their country. If you have to ask about the Handbook, you are probably on The List. The List is a technical term in Chapter 6 as to those who have alternative ideas about government, institutions, history, and culture—the whole ball of wax that keeps everyone inside the official line. And the official line is where the officials say the line is. That is something you need to check on from time to time as it has a habit of shifting. Those who turn out the killers to do their duty. The main thing to remember when traveling to another country, they have a Handbook that is probably different from your own. Things can go wrong. And fast.

America and Pakistan are comparing Handbooks as you reading this essay. Gaddafi may or may not be in Libya by the time this appears online. The world is an uncertain place, and those who understand that Chapter 1 of the Handbook boils down to a couple of fundamental yet simple points. What you must say and do to inspire the kind of fear that makes killing people unnecessary. The first choice, in other words, is not to kill people but to scare them so that there is no need to kill them. The other issue is to always keep a tight lid on competing narratives. Don’t let them leak inside your private pot. That only stirs up things. Throw out the foreign press. They are all pot stirs. Governments where might is right are careful to ensure there is only one narrative that explains the importance of power being retained by those who own the Handbook and anyone who would challenge that narrative or present a competing narrative is a Chapter 6 person: People to Be Put on The List. That chapter ends with the advice: Nib the bud before the flower blooms. Don’t blame me for mixing metaphors using vegetable and flowers to describe protestors as this was taken directly from Chapter 6 about The List.

The Greeks used stigma to signal slaves, criminals and traitors. It is a useful way of dealing with people on The List. It signals that they aren’t normal. Their deaths aren’t really important or of consequence. Remember Greece was a democracy so no one can complain when you tattoo a devil on the forehead of your opponents. And reinforces your message: Normal People are For Me; Devils are Against Me.

The problem for many rulers is the Handbook hasn’t been updated for centuries. Competing narratives are everywhere. Facebook and Twitter have spread them like pollen on the wind. Stopping people from discussions about political alternatives, fairness and justice is so 16th century. But there is a ray of hope in all of this gloom. For that, I invite you to turn to the last chapter of the Handbook, Chapter 29: Places to Escape with Your Fortune when the Military Stops Killing for You.

And there is the final page of the Handbook. It reads: “Don’t forget to leave this book open on your desk as a gift for your successor.” If it is any comfort, remember, it is only a matter of time before he works his way through the Handbook and, like you, finds himself concentrating on the fine points of Chapter 29.

Christopher G. Moore’s most recent book is a collection of essays under the title The Cultural Detective. Kindle/Amazon.UK and Kindle/Amazon.USA. His lastest Vincent Calvino novel, 12th in the series, is titled 9 Gold Bullets and is available as an ebook on Kindle.